Retro is very much 'in' right now. Many have reasoned that this might be because we're living through some particularly troubling times both politically and culturally, so it's natural to look back to better, brighter times through rose tinted lenses. One only has to look at the recently unveiled Nintendo Switch console to see that the old school still has a few tricks up its sleeve, especially when it comes to gaming. In this same spirit of retro gaming charm, the Champs Sports brand and AKQA recently unveiled a retro themed online game called “Secure the Bag,” celebrating the latest collaboration between New England heritage brand Timberland and Grammy Nominated Artist DJ Khaled. A mobile capable video game that acts not only as a love letter to the classic 8 and 16 bit games of the 90s, but as a unique interactive experience, the idea behind the game is to lead DJ Khaled to the latest Timberland boot release using his time-traveling jet ski. Yes. A time-traveling jet ski. If that doesn't sell you on it then there really is no hope for you. 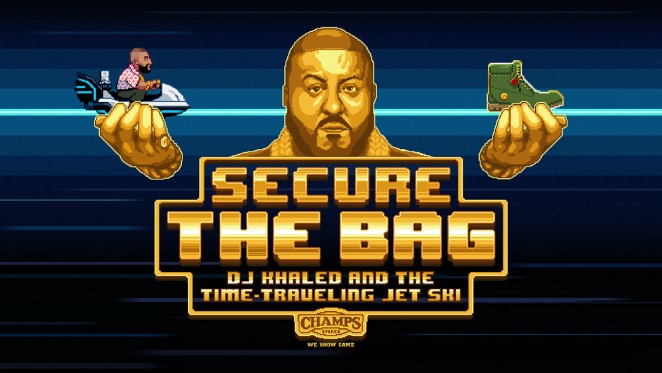 The “Secure the Bag” game opens to a homepage showcasing a golden statue of DJ Khaled holding himself on a jet ski beneath the Timberland boot. Users are immediately asked to begin playing the game by pressing the “click to start” logo or tapping the screen on mobile devices. Once the game begins, a vintage sounding hip-hop track resonates as a jet ski riding Khaled moves swiftly on an empty, narrow road inspired by the old school Super Mario Brothers game. Players are quickly prompted to use the space bar or tap to jump over environmental evils such as lava and distractions such as hip-hop dinosaurs and vikings while capturing energy boosters (boots) to get to the next stage.

The game navigates players through various periods in history, all set in Miami, Florida, to help DJ Khaled collect Timberland boots by jumping on enemies or attacking them with his smartphone camera (yep). The time hopping adventure begins in pre-historic Miami and move through to future Miami with the concept of the old meeting the new central to the concepts of the game and the underlying campaign. Once you are done playing the game, players are encouraged to screenshot their high scores and post them on social media channels with the hashtag #STBChallenge. 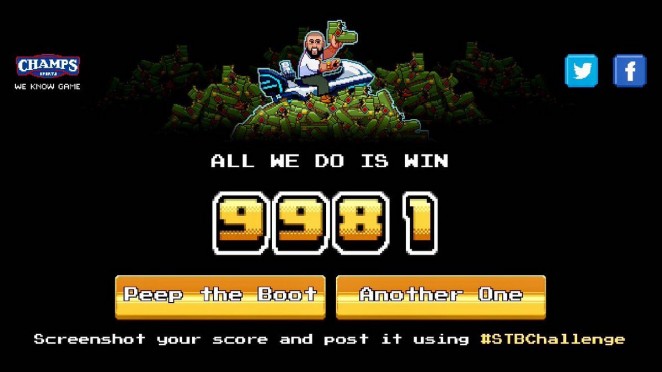 I spent a good 10 minutes with the game on my office computer and iPhone and can confirm that the game works best as a mobile experience. This is apparently by design though, as Eamonn Dixon, Creative Director at AKQA, expects most of the game’s usage to happen via mobile devices. He explains: “It’s no secret that our target audience spends their lives on their phones,” and as such, the game has been optimised to run on most modern mobile devices. Patrick Walsh, VP of Marketing at Champs Sports, adds: “Our expectation is that ‪DJ Khaled’s fans will be playing the game, sharing scores, and challenging their friends. The game will drive awareness of and excitement for the upcoming Timberland product.” Honestly, it's little more than an interesting distraction, but it's pleasing to see brands and agencies reaching outside the box for fresh activation ideas, and it's impossible not to like, or at least admire, something this unselfconscious. 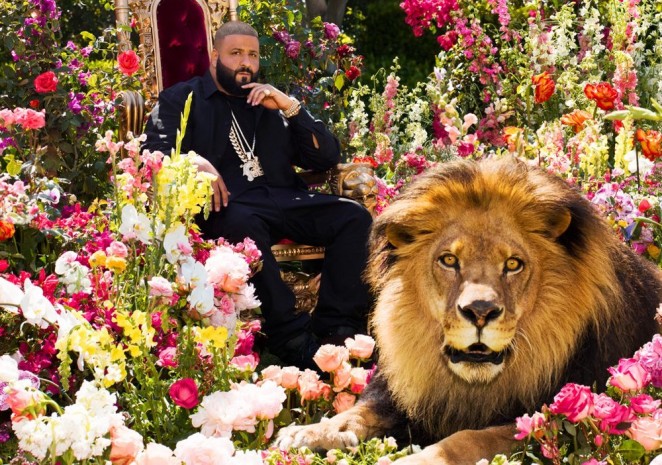