AKQA launch a Christmas card that comes to life by voice

With the proliferation of modern distractions like mobile phones, tablets and games consoles demanding the face time of children across the world, the simple, elegant art of the children’s book has been all but lost in the mobile era, which is particularly depressing around the festive season. With this in mind, and just in time for Christmas, AKQA has launched its 2016 Christmas card, which bridges the old fashioned children's story of old with the modern world. The Snow Fox is a children’s story inspired by the winter tradition of telling stories by the fireplace that comes to life by voice and tells a personalised story to every reader. The story itself is a wintry tale of a young child who adventures through the forest with a newfound furry friend in search of his/her mother. But this is no ordinary story. 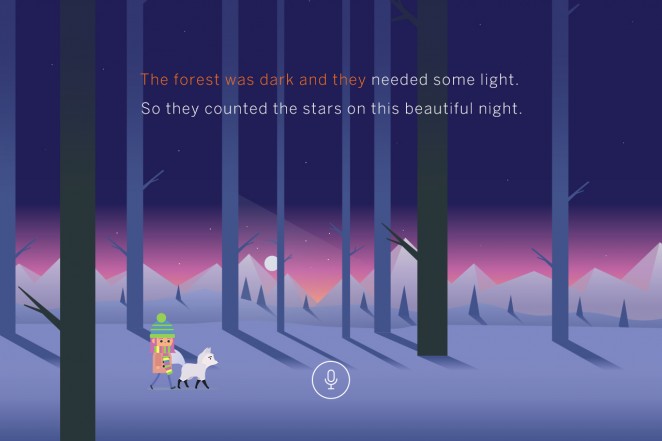 The Snow Fox is literally powered by words. As the child reads, the story animates. When a sentence is finished, the story automatically transitions to the next scene. Word by word the story comes to life, bringing an element of magic to special bedtime story bonding moments between parent and child. Using the latest technology to turn voice into a reading gesture (a mobile first), The Snow Fox gives new life to the oldest form of story while transforming how we incentivize our children to learn. Using the power of latest iOS 10 operating system, which allows other apps to use the groundbreaking Siri technology Apple have spent the last few years perfecting, the app is able to personalise the story based on name and gender. The experience creates a special video memento overlaying the child’s voice with the animations in the story, creating the ultimate gift to share with family and friends online. It's the perfect Christmas card for the modern age and AKQA has more features planned for the project after Christmas, which will make it suitable for all seasons. The Snow Fox is available now exclusively through iOS, but if you happen to be an Android user, I've included the story in full below. You'll have to fill in your name yourself though! 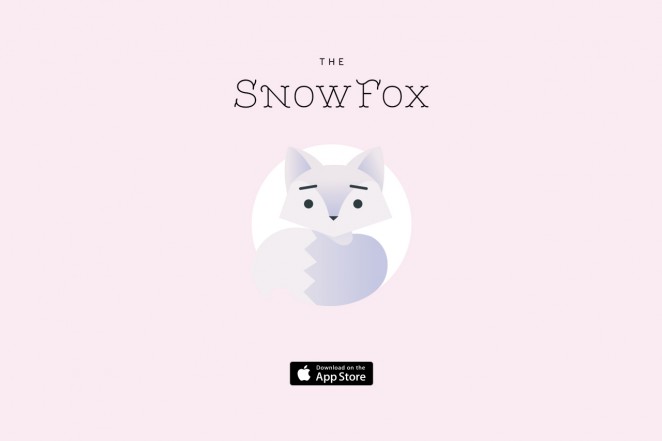 The moon was too bright. The snow was too white.

(Reader’s name) could not sleep tonight.

(He/she) heard a sound in the air.

And went to see who was there.

Out of the dark came a friendly little fox.

The forest was dark and they needed some light.

So they counted the stars on this beautiful night.

They saw the moon finish its rise.

But up ahead were two scary eyes.

The fox was afraid of what could be there.

But (Reader’s name) was brave and wanted to dare.

But (Reader’s name) went on with (his/her) eye on the mark.

The fox was scared as he sat alone.

But then, heard a voice he was sure to have known.

Out of the dark came (Reader’s name) and another.

It was his favourite fox in the entire world, his mother.