Agency of the Week: TBWA Worldwide

What worldview are we giving to our children? That's the question that food retailer Système U has tasked itself with answering over the 2015 Christmas period with an ambitious, and actually rather daring film from TBWA\Paris. Children are constantly exposed to preconceived ideas, whether at school, on TV or even in toy catalogs, and Système U is one of the first retailers to offer a theme-based toy catalog that is completely gender-neutral. So good news if you're son wants a Barbie dream house for Christmas or your daughter is hankering for the latest Call of Duty. In the video (to be shown on TV and online from December 20) Système U reveals that there are no such things as girls' toys and boys' toys, but just toys. The film will be backed by a bi-media approach: on TV with a one-minute commercial and online with a dedicated media & social media campaign.

TBWA\Singapore appointed as global ad agency for Singapore Tourism Board 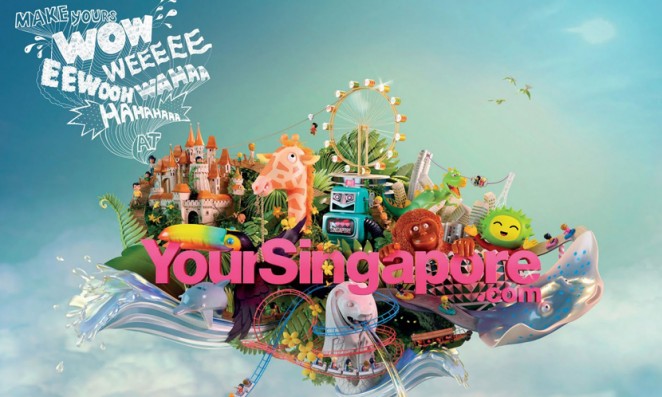 The Singapore Tourism Board (STB) has appointed TBWA\Singapore as STB’s global agency partner for integrated creative, digital and production services. The appointment is for two years with effect from 1 April 2016, with an option to extend the contract annually for a maximum of three years. The agency takes on the account from J. Walter Thompson, which handled the business since 2013. TBWA saw off competition from a shortlist that included Omnicom sibling DDB, and WPP agencies Ogilvy & Mather and Comwerks, in a process managed by Roth Observatory.

Throughout this process, the TBWA\Singapore team reportedly stood out for their deep understanding of the tourism business, clear thinking, innovative and impactful ideas, and proposed action plans that were well integrated across different channels and platforms. Lynette Pang, Assistant Chief Executive at the Singapore Tourism Board, said: “We look forward to working closely with TBWA\Singapore as an agile and synergistic team. Based on our extensive interactions in the past four months, we are confident we have found a partner that can challenge the norms of destination marketing and help us create new possibilities. We would like to thank all agencies that have put in the time and effort to participate in our pitch, and are grateful for the hard work, great energy, and thoughtful submissions. We also thank our incumbent agencies, JWT and Mirum, for their contributions so far.”

If you've ever been relegated to the patronising horror of the kids' table at Christmas, then you'll appreciate this sweet, simple ad from Dutch supermarket Albert Heijn by TBWA\Neboko in Amsterdam. The spot stars a pre-teen boy arriving at a relative's house for Christmas dinner. Too old to hang with younger kids, but too young to keep company with the adults, the protagonist is inevitably sent to sit with the babies, who are happily eating what appear to be hockey pucks shaped like Christmas trees. But, that's not where it ends of course, because Christmas and advertising are both about happy endings. Overall, the ad works well. Whether you've ever felt jilted at a family holiday or not, the boy's perspective is relatable, as nobody wants to feel left out. It also manages to be refreshingly heartfelt without feeling hackneyed and twee (we're looking at YOU John Lewis).

…and take Heineken to outer space

The new Heineken commercial from TBWA\NEBOKO and Czar aims to show that the Dutch and Heineken are always at the centre of the party, even out in the cold oblivion of space! In the film, Dutch astronaut Joost conjures up a Heineken to celebrate the birthday of his Russian colleague Yuri, but things go awry when the bottle floats off into the sun. It's the first spot for the lager brand by TBWA after a summer that saw Heineken join a batch of other big-name clients in eschewing the official AOR model, first breaking up with Wieden+Kennedy in the US after five years, and then heading to Publicis Worldwide, which is now classed as its “Lead global advertising partner,” rather than its AOR. The ad successfully continues the “Open Your World” campaign, which first launched several years ago.

Miller Lite have teamed up with TBWA\Chiat\Day to weave a gigantic ugly Christmas jumper billboard, handwoven out of actual yarn, which now adorns a corner of New York's famous Times Square. TBWA worked with Brooklyn artist London Kaye to crochet the cheery monstrosity. The video above captures some of the process, which took over three weeks of hand weaving. Kaye's enthusiasm shines through, bringing the whole thing to life in a way that's actually charming. Kaye, whose other yarn-bombing works includes a hilarious Wes Anderson-Stanley Kubrick mashup in Bushwick, describes the Miller job as her largest-ever piece. No shit!

For anyone who wants to experience Miller's hideous billboard in the flesh (so to speak), it will be up at 49th Street and 7th Avenue throughout most of December. You can also buy real Miller Lite ugly Christmas jumpers from the official Miller Lite website. At just under $60 though it's a little dear (plus, it was out of stock last time we checked).

...and tackles the post-binge watching blues for Netflix

Netflix taps into a modern day dilemma in this latest promotional spot from TBWA\Chiat\Day, though it is admittedly one it helped to create. It poses the question; how do you move on when your binge watching fix is over? “The List”, directed by Clay Weiner from Biscuit, shows a man desperately trying to help his girlfriend get over the end of her favourite show by suggesting an exhaustive list of new ones she might try. As he moves seamlessly from show title to movie title to movie sequel title, the couple appears in a whole range of (increasingly silly) locations, from the shower to the farmers' market to trampolining and yoga. That the approach may speak more to those who already have the service is tempered somewhat by the friend rattling off a long list of shows offered by Netflix as candidates for the next show. It's a neat concept, but unfortunately, you won't be able to see it if you don't live in the US (typical YouTube piffle).