Guinness has always been a brand with solid advertising clout. Indeed, they’re so proud of their branding and advertising game that an entire floor of their Guinness Storehouse experience in Dublin is dedicated to it. But while there are dozens of genuinely iconic Guinness ads and campaigns worthy of mention in the annuls of history, it’s the 1999 “Surfer” campaign that stands hoof and board above the rest.

You all know the one - that moody black and white slow builder with the ‘surfing horses’ and the indelible Leftfield soundtrack. It’s a piece of work that stands as the perfect amalgamation of concept, execution and cultural zeitgeist domination and it arguably made the careers of both director Jonathan Glazer and Leftfield (yes, I was 13 at the time and yes, I bought both albums as a direct result of the ad).

I’m not going to recap the ad here (you can see it yourself above as it’s never going to be a bad way to spend 90 seconds) but it’s a legitimate work of art that perfectly encapsulates the “good things come to those who wait” campaign and gave me a lifelong love of slow filter sweeps. But rather than spend the next few hundred words gushing, let’s look back at the story behind the ad and examine the impact it left in its wake. 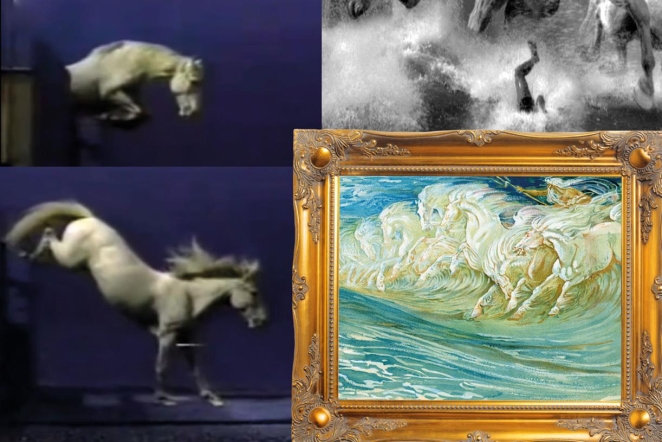 It might seem odd to think so now but back in the 90s Guinness was seen very much as an “old man’s drink.” So, what the brand initially wanted was to treat the campaign as if they were advertising a lager. But that wasn’t to be and advertising history is all the more interesting for it.

“Surfer” is one of a handful of TV spots conceived by Abbott Mead Vickers for the Guinness brand’s campaign that aimed to transform the stout’s slow pour into an event and a benefit rather than a drawback. For many Guinness drinkers, “the pour” had long been seen as a treasured part of the experience but it was also seen by non-Guinness drinkers as a barrier to entry.

According to Walter Campbell, creative director and art director on the campaign: “Originally, the idea was that the extended pour time shouldn’t be mentioned but I’d seen mates who are devoted Guinness drinkers look at the settling glass with a distinct sense of longing.”

“In this mood, two things collided: the classic line ‘Guinness is good for you’, which I’d been thinking about since reading about the brief, and now that extended pour time. ‘Good things come to those who wait’ just landed and immediately felt like a cool expression of that confabulation.”

This realisation came at the same time Walter had found an image of a Hawaiian surfer looking out to sea with his board across his knees. Walter thought that surfer had that same look of longing and satisfaction in his eyes and the creative cogs started whirring.

The first TV spot to use the “good things come to those who wait” messaging was “Swimblack” (above), a spot that gave the team a solid blueprint to work from. The team needed to show the concept could work in print though, so gathered ideas from concepts that hadn’t quite evolved into scripts and reimagined them as long copy ads.

The most powerful of was the aforementioned Polynesian surfer and when the team then stumbled upon the classic Walter Crane painting “Neptune,” with the horses rising up from the surf, the seeds of the idea blossomed into something quite spectacular.

This was 1999 though and blue screen technology was still pretty nascent stuff. Walter initially learned that the blue screen on which they would be filming the horses would flatten the image. So he told director Glazer they needed to essentially put the horses into hair and make-up to put definition back into their musculature and add a bit of flamboyance and drama to their look.

Then they needed to find the right day to shoot and used the best weather forecasters to pinpoint the days when the surf would be at its peak. Because the last thing they wanted to do was have to CGI in massive waves afterwards. The waves were what sold the piece, after all. Thankfully, on the first day of shooting they got 30-foot waves and the perfect surfer to ride them.

What followed was 8 days of dangerous filming, “like filming an avalanche” recalls Glazer. He gave the instructions to the ‘actors’ from a speedboat. The cameraman was hanging precariously off the end of the boat, trying to get those amazing shots. Sometimes all the crew were washed off the craft and had to wait several minutes before getting picked up from the surge.

Then came the final touches - the VFX and the music. The visuals effects were put together but the team at The Computer Film Company. Paddy Eason, a VFX designer and supervisor on the project, recalls: “It was a tough project. I remember very clearly that Jonathan Glazer was in the corner of one of the suites at CFC, with his head in his hands saying, ‘It’s all fucking shit.’ I’ll never forget. We did sometimes have dark moments where we didn’t think it could be done.”

As for the music, the original intention was to get a classic 70’s track but Phat Planet was chosen as it sounded like it was underwater for the first half of the tune. A drinking partner of Glazer’s called Louis Mellis had a 40-a-day voice and was asked if he’d mind reading the narration. The rest, as they say, was history. 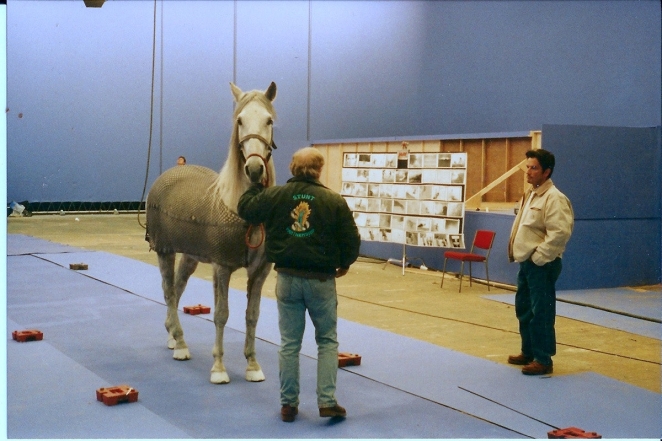 The ad generated more column inches and won more awards than any other in history and was even named the “Greatest ad of all time” by Channel 4. The most incredible thing, however, is how it made its way into the culture of the late 90s and early 21st century.

To this day, all beer ads are measured against this one piece of perfect cinema and Phat Planet will always be known as “the surfing horses song.” 23 years later and no beer ad has even come close.

When Transport for London released an infographic highlighting which trains were affected by the rail strike, they’d have been forgiven for thinking most of the discourse around the graphic would be linked to the rail strike itself. However,...

Get Lost - How a good wander can often lead to wonder

Last week, I was out and about in the countryside- and as a city boy, I was using my phone as a sat nav, as I think we all do. I had a destination, we got there, we enjoyed it. Whilst there, my phone ran out of power, (as it seems to do ever more...

Be The Fox is a production agency who works with Samsung, Huggies and Bulldog. Diana Ellis-Hill, ex BBC, who now is Co-Founder and Director at Be The Fox, is passionate about creative that challenge stereotypes, empowerment for women and offer real...