adam&eveDDB and Waitrose attach a GoPro to a cow

Waitrose is launching an innovative new brand campaign featuring live footage from its farms, in an industry first, by attaching webcams to farm animals. The campaign, created by adam&eveDDB and Manning Gottlieb OMD, uses a selection of Go Pro and Go Pro styled cameras to take viewers into its dairy and free range hen farms, showing their customers where their food comes from in the first person. Or first-cow/chicken.

“The quality sourcing of Waitrose food speaks for itself. We wanted to let it do just that” Tammy Einav, Managing Director, adam&eveDDB

The campaign, which encompasses TV, print and digital display, marks a step change for the retailer. Highlighting the quality of its food is not new for the John Lewis-owned Waitrose, but the use of innovative technology means the supermarket can now demonstrate its sourcing credentials in a new and contemporary way. The campaign is in response to the demand Waitrose is seeing for quality food and shoppers wanting to be reassured about its provenance, and underlines the fact that it It recently became the only UK supermarket able to guarantee that all the cows that provide its milk and cream have access to grazing.

“We have pushed media boundaries to bring the campaign message to life. Collaboration has been at the heart of this, making a logistically challenging campaign possible across multiple channels” Katherine Charalambous, Executive Director at Manning Gottlieb OMD

The campaign broke on 11th April with 10 second teasers, and will be followed by the first same day live TV ad from one of the dairy farms owned by Waitrose near Newbury on the 15th April. One of the dairy cows will take centre stage in the ad by wearing a small, lightweight camera giving customers the opportunity to see the benefits of their environment for themselves. The next same day TV will be filmed at one of Waitrose’s free-range hen farms near Marlborough. Footage will be recorded and aired the same day for TV and marks the first time a UK food retailer has streamed same day live content in its advertising.

“We have never compromised on quality, and never will - but rather than telling customers what we do, we've decided to show them” Rupert Thomas, Marketing Director at Waitrose 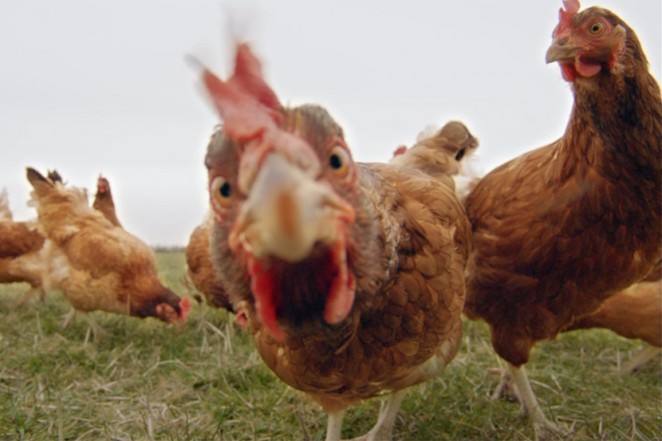 A supporting digital OOH at the UK’s major train stations (including Waterloo Motion) and display campaign will 'live stream' footage from three different locations at the Waitrose Leckford Farm, including beehives, rapeseed and panoramic views of the countryside. The print campaign will only use images of real Waitrose farms that have been taken within 24 hours of publication. A digital banner campaign will ‘live stream’ footage into a YouTube Masthead Takeover on Monday 18th April. The work was written by Miles Carter, art directed by Sophie Knox and directed by Wilkins & Maguire through Stink.