The winners of the 9th annual AD STARS awards were announced this weekend on Saturday, 27th August, at a gala ceremony held in Busan, South Korea. The winners were chosen from a shortlist of 1,680 finalists from 42 countries. Overall, AD STARS received 18,063 entries from 61 countries this year, which were judged by a panel of 196 jurors globally, with 30 jurors travelling to Korea to select the Grand Prix, Gold, Silver and Bronze trophy winners. Jeremy Craigen, Global Chief Creative Officer at Innocean Worldwide, was one of five Executive Judges leading this year’s jury panels. He said: “All in all, I was very pleased with the standard of work entered this year. We had a great jury and lots of healthy discussions.” 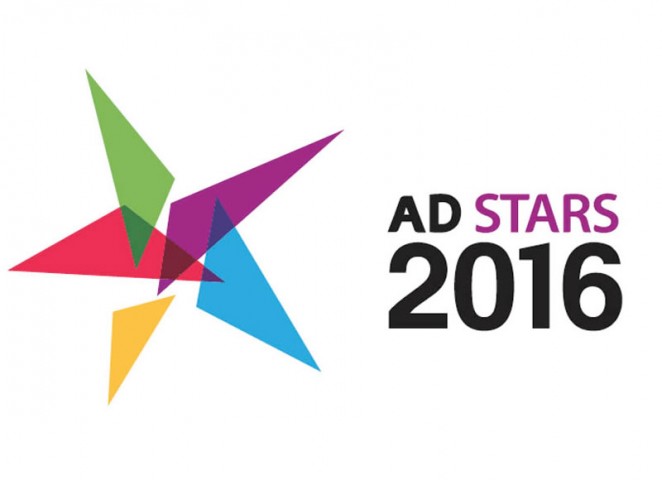 Below we've collected the major winners into 5 groups. For a full list of winners, visit www.adstars.org, which showcases all of this year’s winners in the AD STARS 2016 “Insights” gallery. The big campaign winner of the event was definitely the “Brewtroleum” campaign by Colenso BBDO, which was based around the concept of using leftover yeast from beer brewing to make biofuel. 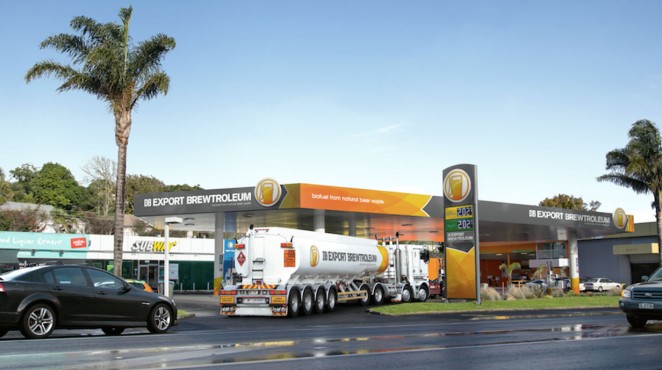 This year’s Grand Prix in Outdoor was awarded to Colenso BBDO’s “Brewtroleum” for DB Breweries (Fonterra Brands, New Zealand), which also won one Gold trophy. Two more Gold trophies were awarded in Outdoor to P4 Ogilvy Panama, “The Tweeting Pothole” for MEDCOM; and BBDO Bangkok, “Saving lives one ride at a Time” for Duang Prateep Foundation. Craigen, who oversaw the Outdoor, PSA, Diverse Insights and Place Brand categories, said: “This was one of the most fascinating categories to judge because the entries were so diverse, which shows that as a medium, Outdoor is alive and kicking. When we first judged Colenso BBDO’s Brewtroleum campaign, we weren’t sure if it was suited to this category until we realised the agency rebranded around 60 petrol stations for DB Breweries – that’s a great piece of outdoor communication.”

There were 11 trophy winners in the Public Service Advertising category this year, including 1 Grand Prix, 2 Golds, 4 Silvers and 4 Bronzes. The Grand Prix was awarded to AKQA Brazil’s “Don’t Look Away” campaign for Usher. Publicis China won Gold for the OPPO “Missing Children” campaign, and DDB Group Singapore won Gold for its “Do you see that doggie in the shelter” campaign for Prevention of Cruelty to Animals. Craigen said: “We loved DDB Group Singapore’s campaign because it modernised an old song and made it relevant to a young generation to teach them about looking after dogs. Publicis China’s campaign utilised blank screens on mobile phones to feature missing children – they were using dormant ad space for a good cause. It’s not always appropriate for brands to crossover from advertising their products to promoting a good cause, but this is a good example of how to cross those boundaries.”

The Diverse Insights category celebrates local cultural insights that inspire memorable advertising ideas. Grey Group Hong Kong won Gold in this category for its provocative “First Photo, Last Photo” campaign for Joy of Life Ltd. Myra Mazzei Nussbaum, Senior Vice President and Global CD at FCB Chicago, was one of the jurors on this panel. She said: “This campaign gave a unique perspective on an issue that’s very specific to China, which makes it a perfect contender for the Diverse Insights category.”

One Gold and 2 Bronze trophies were awarded in the Place Brand category, which rewards the best advertising campaigns promoting destinations and places. BBDO Guerrero won Gold for “Photofails” for the Philippine Department of Tourism. Craigen said: “I love this campaign because people who visited the Philippines and took a disastrous photo could share their photo and be invited back to take a better one. The Philippines came across as a fun place to visit that doesn’t take itself too seriously.” 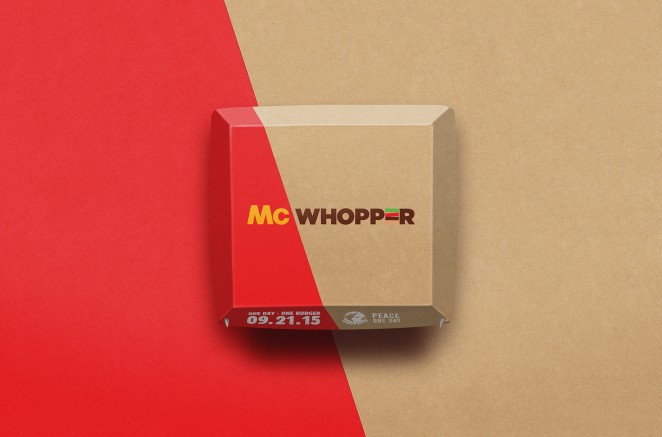 Three Gold trophies were awarded in Print: Y&R New Zealand, “Peace One Day” for Burger King; Dentsu Inc. Japan, “Life is Electric” for Panasonic; and TBWA Thailand, “Loving the Night” for McDonald’s. Overall, there were 2 Gold, 2 Silvers and 1 Bronze trophies awarded in the Print category, but no Grand Prix.

One Gold, 4 Silvers and 5 Bronze trophies were awarded in this category. The Gold trophy went to Cheil Worldwide for Korea Telecom’s “KT Life-Saving TV.” Leigh Reyes, President and Chief Creative Officer at MullenLowe Philippines, who oversaw the Direct, Media, Promotion, PR categories as an Executive Judge, said: “Overall this year we saw a lot more brand experiences – brands that are not just creating advertising to explain who they are or what they mean, but behaving like services, or as a portal for experiences. This is a clear global trend where brands and agencies are coming up with ideas that make people experience or feel something, whether that’s through virtual reality or something tangible that can be touched.” 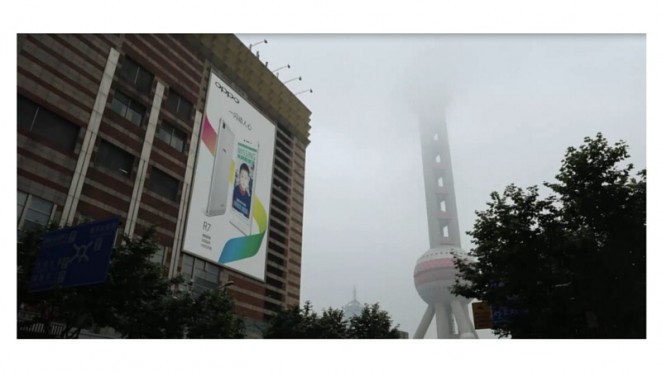 The Grand Prix for Media was once again awarded to Colenso BBDO’s “Brewtroleum” for DB Breweries, which also won a Gold trophy. The remaining two Gold trophies were won by: Y&R New Zealand, “Peace One Day” for Burger King; and Publicis China for the OPPO “Missing Children” campaign. Reyes said: “Brewtroleum and Peace One Day are this year’s juggernauts. We also loved Publicis China’s OPPO campaign because it appropriated home screens for a good cause and it was a really smart use of an existing media.”

In the PR category, 4 Golds, 2 Silvers and 11 Bronze trophies were awarded, but no Grand Prix. The Gold trophies were awarded to: Colenso BBDO’s “Brewtroleum” for DB Breweries; TBWA Hakuhodo Japan’s “Intelligent Parking Chair” for Nissan Motor Co. Ltd; Dentsu Japan’s “Life is Electric” for Panasonic; and Publicis China for the OPPO “Missing Children” campaign. Reyes said: “We awarded the most medals in PR, which goes to show that so many ideas are now built to generate talkability and PR. One campaign that stood out for me is the Intelligent Parking Chair by TBWA Hakuhodo, which is essentially an innovation stunt that also increased brand awareness and did all the jobs PR is supposed to do.” 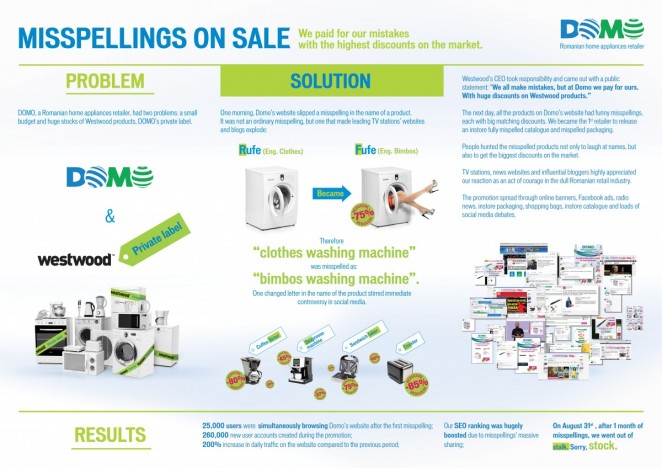 The Integrated Grand Prix was awarded to Colenso BBDO’s “Brewtroleum” for DB Breweries. GMP Advertising in Romania won Gold for its DOMO campaign, “Misspellings on sale.” Tim Doherty, Chief Creative Officer at Isobar China, who oversaw the Interactive, Integrated, Innovation, Mobile and Radio categories as Executive Judge, said of the Brewtroleum work: “This is big, ambitious work that required Colenso BBDO to understand its client’s beer making process so well they were able to use the bi-product of beer to fuel cars, and they were able to manufacture the biofuel at scale. It takes a very strong client/agency relationship to do work like this.”

In the Interactive category, the Grand Prix was awarded to Y&R New Zealand, “Peace One Day” for Burger King. Overall, 3 Golds, 7 Silvers and 4 Bronzes were also awarded. The Gold trophies went to: TBWA Hakuhodo Japan’s “Intelligent Parking Chair” for Nissan Motor Co. Ltd; TBWA Hakuhodo’s “GIGA Selfie” for Tourism Australia; and Zimmerman Advertising in the US for Jamba Juice. Doherty said: “This McWhopper campaign used all sorts of tools to amplify an interesting idea, which made it stand out as this year’s Interactive Grand Prix winner.”

In the Mobile category, 1 Gold, 5 Silvers and 3 Bronze trophies were awarded, but no Grand Prix. The Gold trophy went to TBWA Hakuhodo Japan for its “GIGA Selfie” campaign for Tourism Australia.

Only 4 Silvers and 1 Bronze were awarded in the Radio category. Doherty said: “There were really only around a dozen pieces of work that were worthy of contention in this category. Radio represents a big category for creative growth, and I’d encourage any agency to focus more on radio. When you think of the popularity of podcasts and WeChat’s audio function, it seems there could be many new ways to innovate with audio in future.”

In Film Craft, the Grand Prix was awarded to the Tohokushinsha Film Corporation’s “World’s First Kawaii Miso Soup” campaign for Marukome. TBWA Singapore also won Gold for its animated film, “A Different Paris,” created for Airbnb, which the judges described as “Immaculately executed.” Polly Chu, Chief Creative Officer at J. Walter Thompson in Beijing, who was one of this year’s judges, said of the Airbnb film: “We loved the art direction of this film and the fact the whole story is structured by the editing. It has a rhythm that leads you towards an unexpected ending.”