Acura, the American-based luxury vehicle division of Honda, the Japanese automotive company, is stepping up marketing for its delayed 2015 TLX with the largest campaign in the brand's history. The TLX is a high-performance luxury sedan, which combines premium luxury with super-handling and dynamic performance, and is the star of the ambitious new “It's that kind of thrill” marketing campaign. The campaign will launch on the 17th of August with the TV spot, “My Way,” which you can watch below. The spot will be running concurrently across more than 25 cable networks and the TLX will be integrated into ESPN's SportsCenter with a month long sponsorship of top college football highlights.

The spot captures the dedication and passion of the men and women behind the TLX, with an emotionally charged and cinematically focused series of shots revealing the rigorous design, build and testing processes behind the luxury car. The 60-second spot is soundtracked by the iconic Sid Vicious reading of Frank Sinatra's “My Way,” (hence the title) and was shot on site at the R&D and manufacturing facilities that were integral to the TLX development. The main TV spot will be supplemented by eight additional 15-second spots, which will run on national TV throughout the Summer and into the Autumn. These 'bite-sized' spots will focus on specific product highlights, including on-board Siri Eyes Free voice-command capability, Precision All-Wheel Steer and the Acura exclusive, Super Handling All-Wheel Drive.

The 60-second spot is soundtracked by the iconic Sid Vicious reading of Frank Sinatra's “My Way,” and was shot on site at Acura's R&D and manufacturing facilities

Michael Accavitti, senior vice president and general manager at Acura, believes that "The TLX heralds a new era for the Acura sedan lineup,” with the sheer scale of the campaign signifying “The importance of the model both to the brand and its position within the luxury sedan market." He says the ambitious and “Emotionally engaging) marketing effort serves to reinforce the ambitious vehicle, which he says “Delivers a thrill like no other.” He said the campaign is “Critically important for Acura,” and that it marks “The renaissance of (Acura's) sedan lineup.” 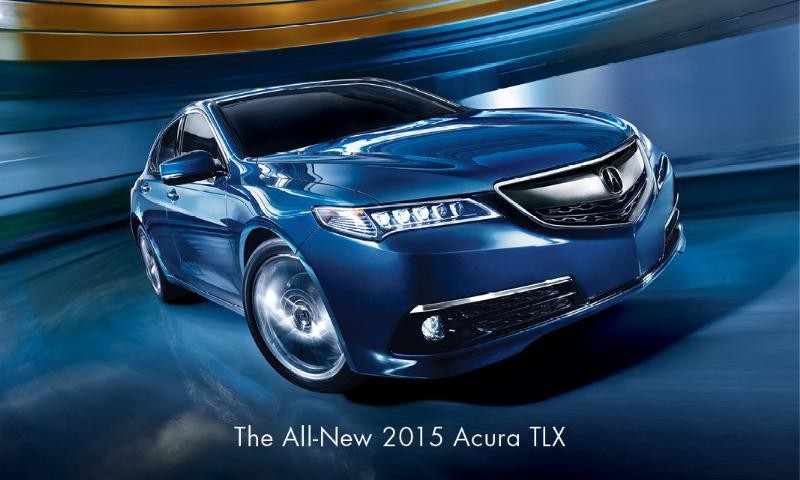 Acura worked with Mullen LA on the creative for the campaign and used MediaVest as its media agency. The wider campaign will involve a massive investment in digital and social media marketing, with more than a third of the campaign's overall budget dedicated to digital content, including a massive “Facebook road block,” with TLX videos reaching nearly 100% of users starting in early September. There will also be a takeover of web portals such as Yahoo and MSN, a unique 'Twitter Cards' execution, which will allow users to design a car directly within a Tweet, and custom illustrators created by contributing illustrators from The New Yorker called "Thrillustrations."

The wider campaign will involve a massive investment in digital and social media marketing, with more than a third of the campaign's overall budget dedicated to digital content

It would appear Acura are completely neglecting broadcast prime time TV, instead putting the lion's share of their eggs in the digital video basket, though Ed Beadle, senior marketing manager at Acura believes it's “Still too early to launch a car without TV” entirely. Besides the TV and digital spots, the TLX will be the featured vehicle at The New Yorker Festival in October and the Sundance Institute NextFest film festival in Los Angeles in August. Acura is also sponsoring a series of Pop-Up dinners across the country and select nights at the Hollywood Bowl. To capture attention on a larger scale, TLX will also be featured on several large wallscapes, billboards and street level displays in nine key markets across North America. The campaign will also be helped by early reviews for the TLX, which have been beaming thus far. As this review from 'Car & Driver' magazine states; “The TLX is a satisfying and overdue return to the engineering and dynamic greatness long associated with Honda’s luxury brand.”