Of all the board games from my childhood, few elicit the same pangs of nostalgia as Guess Who? This was less of a game, more of a light detective simulation, and the fact that it also contained some rather hilarious caricatures certainly didn't hamper its appeal. When to comes to nostalgic music, meanwhile, The Who are an act beaten only perhaps by Bruce Springsteen when it comes to music that soundtracked my youth, thanks in no small part to the fact that my dad owned a jukebox that was filled with very little else. So when I learned of an activation that combined both the classic board game and the legendary hard rock band, my interest was certainly piqued. 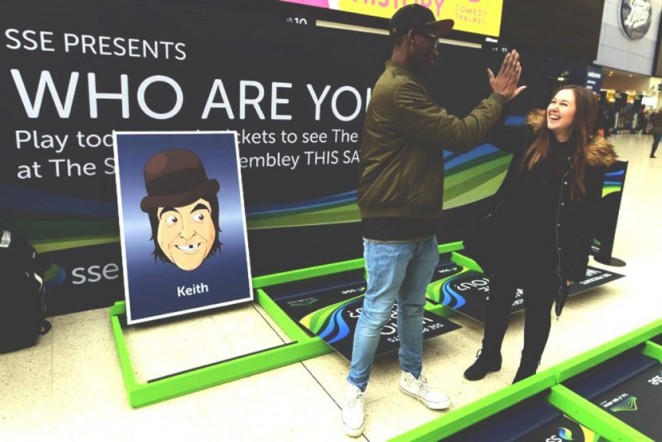 SSE kicked off a week of activity in the run up to a special one-off show by The Who called “The Who Hits 50” at the SSE Arena in Wembley this Saturday (February 13) with a life size game of Guess Who at Waterloo station, surprising unsuspecting commuters with a unique and humorous distraction. The game was of course renamed “Who are You?” after the band's iconic song, and was created by the energy company's agency Material_UK. Commuters had the chance to try out the life size game, to win tickets to the gig, and as there are only two founding members of the band still living, they obviously had to fill out the roster of available faces with a selection of other classic rockers from the 60s mod era. The board was fully interactive, with the players able to move between the faces and flip down the ones that don’t fit the description. It looked wonderful, and I was genuinely that I couldn't make it down to the capital for the experience, because I genuinely love these kinds of activations, especially when they speak to my nostalgia triggers!

In related news, a bespoke parking area exclusively for scooters will be open for this Saturday night’s sold out show. The legacy of the mods will be alive and revving when The Who fans take advantage of free parking for their prized Vespas. The scooter park situated in front of The SSE Arena, Wembley will be full of flags, mirrors, bells and whistles that set the Mod scooters apart. The scooter park will be open from 2.30pm on Saturday 13 February and will be manned by security until midnight, giving fans plenty of time to leave the venue after what promises to be an unforgettable show. It is located directly opposite the Sainsbury’s Local on Engineers Way, which is just a short walk from The SSE Arena, Wembley. No pre-booking is necessary; simply ride up on the day.

“With The Who rolling into The SSE Arena, Wembley this weekend we want to add to the atmosphere by creating a unique scooter park for mod fans coming to the venue” 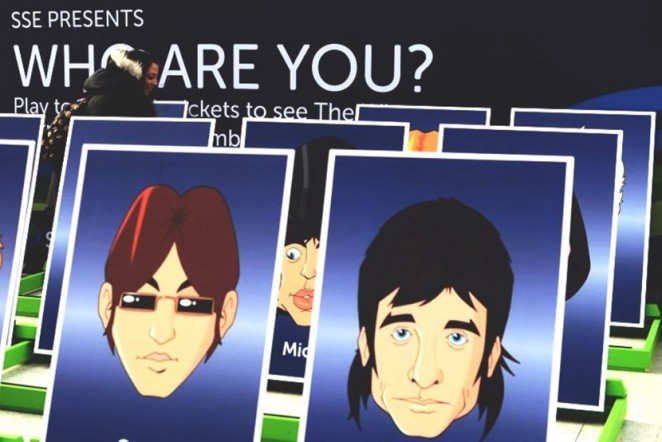 This isn't the first time SSE has dabbled in unique outdoor activations of course. Just last August the energy supplier launched a range of sports bottles that actually captured crowd noise to mark SSE’s co-sponsorship of ITV’s Rugby World Cup coverage. The SSE Sounds of Victory bottles used unique technology to lock in crowd noise from some of the most famous moments in rugby history, which were released when fans popped the lid. Whilst The Who activations might not be quite as technologically advanced, they certainly suit the audience, and I'm thrilled that such unique ideas are still being considered by agencies in a landscape that generally thrives on the safe and the familiar. 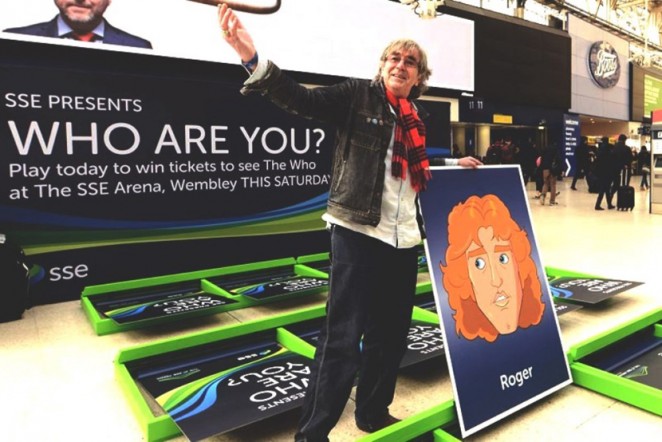 Benjamin Hiorns is a freelance writer and struggling musician from Kidderminster in the UK. His favourite song by The Who is “Behind Blue Eyes,” because he's a romantic at heart.