Back Market, the marketplace for refurbished devices and appliances, took over Apple stores across Europe last month to encourage shopper to choose an alternative and more sustainable way to consume technology.

This Earth Day, to highlight that shopping refurbished is better for the environment, more than 500 messages were AirDropped onto fixed devices in Apple Stores in London, Paris and Berlin, transforming Apple's best selling products into digital billboards to promote refurbished devices.

The creative guerilla campaign created and engineered by creative agency MARCEL, highlighted the environmental message by re-directing customers to the Back Market website where they could directly buy exactly the same device or a close equivalent, that instead created 91% less CO2 emissions.

To gain a little more insight into the campaign, we caught up with MARCEL creative director Clément Séchet and strategy lead Thomas Cléret to go behind the idea.

How to convince more consumers to switch to refurbish, ie. adopt a new consumption behaviour. Beyond the obvious economic reason, we wanted to promote the sustainability dimension of this behaviour.

Prior to this campaign we gathered new facts: a quantification by Ademe (the public agency for ecological transition in France) of the environmental impact of buying refurbished vs. buying new. The most striking one being that a refurbished smartphone’s carbon footprint is 91% lower than a new smartphone’s. How could we make this fact compelling enough to challenge consumer habits?

We already had developed the “traditional” campaign (TVCs, outdoor) to deliver our sustainability message, but we thought we could go further to grab people’s attention when it matters the most, to generate a more immediate impact.

To make tech buyers pay attention to yet another rational fact about sustainability, we decided to hijack their purchase journey and challenge their behavior right before they were considering buying a brand new device. In the very “temple of new tech”: Apple stores.

For Earth Day, Back Market launched Hack Market, a campaign using Apple’s own technology – airdrop; and its brand new devices, to advertise OUR message for a smarter alternative.

Whenever shoppers were grabbing a device, a bot airdropped short video ads that played right in front of their eyes, leading them to choose the greener and cheaper alternative on Back Market’s website.​​

Different messages were displayed, such as “The salesperson won’t tell it to you, but you can buy this model while reducing its carbon footprint by 92% ;  “Did you know that this iPhone is available in white, black, blue and greener? Go refurbished.” 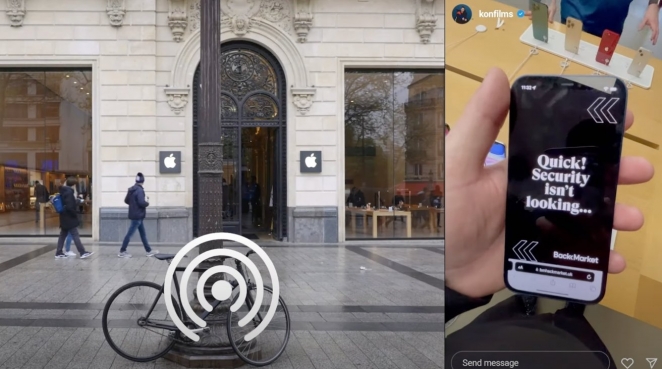 A good saboteur never shares all its secrets.

The biggest challenge was to convince lawyers. Then everything happened live, so we couldn't plan how people would react nor make sure that everything would be going according to plan.

We simply used the Apple feature “Airdrop” to send messages directly on the devices on display inside the Apple stores. To activate the feature remotely we developed a simple bot that connected to iPhones and MacBooks turned into 4G relays and hidden in backpacks, cycling water bottles or even a baby stroller nearby 3 major Apple stores in Paris, London and Berlin. 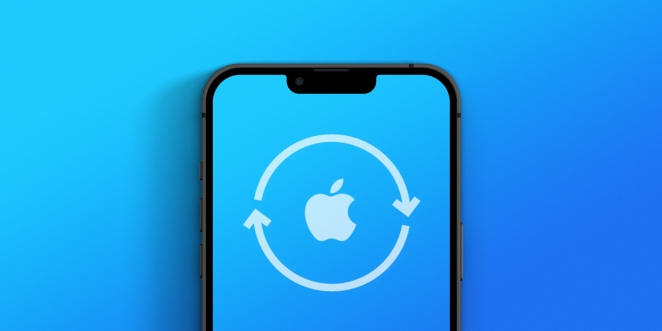 Go refurbished. Because buying refurbished devices is not only a cheaper alternative to buying new, but also a much more sustainable mode of consumption.

Indeed, Back Market’s motto is “Screw New”. The company was founded with the belief that a more sustainable way to consume tech was possible, with the mission to make buying refurbished tech as reliable and desirable as possible, and with the ambition to be a global player of the circular economy.

Challenging people’s buying behavior by promoting buying refurbished devices as the cheaper and greener alternative mode of consumption (backed with indisputable facts about the concrete impact on carbon emissions) is the direct expression of the brand’s purpose.

To raise awareness about the benefits of refurbished vs new, and at the end of the day to convince more consumers to adopt a more sustainable consumption behavior,

Can't say how much I loved these approaches. This is my type of marketing!