How do you make an ad for a demographic that quite famously hates ads? Looking at what Grey London did for Pringles might set you off on the right track.

If you've been around Twitch at all lately, you will have seen the new zombie sensation Frank coming out of game screens to snatch a can of Pringles. To avoid doing a campaign that gamers would hate, Grey decided not to work on a campaign at all – opting instead for a creative platform pushing the boundaries of game interactions. Gaming influencers and even developers were involved in the process, popping cans of Pringles on stream and attracting Frank the Zombie into their games.

An incredibly brilliant campaign, and a prime example of a creative agency doing all the right research to fit the target audience. For a brief time, Pringles was not just a food brand anymore – it was a food brand for gamers. And we hope it will continue being so for a while.

Today we are getting Behind the Idea thanks to a chat with the folks over at Grey London, shedding light on this amazing campaign which spanned across a range of different media. In 2021, Pringles wanted to lead conversations in the gaming community.

The idea had to work across Europe and Russia, and so it demanded ruthless simplicity. We also had to keep the brand’s tagline “Pop, Play, Eat”.

Pringles is all about sharing and creating “unexpected social fun”. Our solution was a creative platform in which anyone who opened a can of Pringles could become a magnet for social connections. We thought the most fun challenge would be to connect players to the most anti-social game character we could think of – a zombie.

No one would imagine a food brand wanting to associate itself with the undead. But the clients loved it and bought into the concept from round one.

Fun(?) fact: the creative platform around “attracting friends” was supposed to inform all of the campaigns we developed throughout 2020, but Covid hit and social distancing compromised the new briefs. 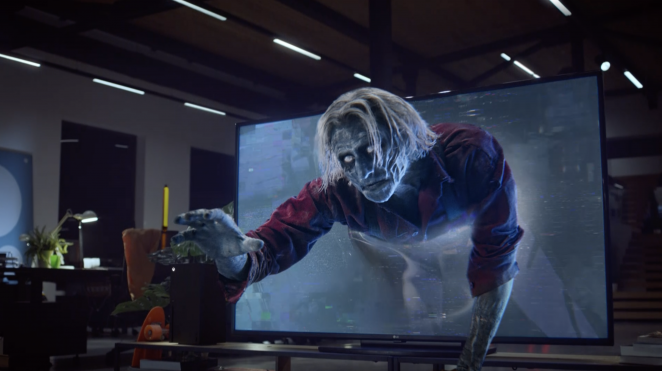 Gamers hate ads, so we took on the project with one clear ambition - not to do a campaign. We wanted a story that would look and sound authentic and fresh in gaming culture. Having a character escaping their game and get lured away by a can of Pringles sounded like a fun idea that would connect with gamers.

As we started developing the story arc of Frank, it became clear that to meet our ambition we needed to remove him from an actual game. At that point, we were already hoping to reintroduce a transformed, more sociable zombie back into the game he would escape from. To create something that gamers would give a damn about, we not only needed a video game to work from, we needed one with zombies as part of its plot.

That’s where we hit the biggest challenge and where teamwork made all the difference. We spent months not only on the idea but on pushing Pringles’ long-standing partnership with Xbox to work harder than ever. We knew it wouldn’t be easy to find a studio that would be willing to collaborate with a brand that was intending to design a character within a game, only to remove it and then reintroduce later with a different personality. Add to this the fact that game developing budgets are fairly extravagant and this was not part of our scope.

But our worries were over when we met the guys from Raw Fury, an indie studio based in Stockholm. They presented West of Dead to us and we fell in love with the game instantly. We knew instantly that would be where Frank would be born. This beautifully crafted game, with its incredible graphics, soundtrack, and the great Ron Pearlman as the narrator, was the perfect fit for us. Luckily, Raw Fury was also excited about our idea. We couldn’t have found better creative partners to bring Frank to life. When Covid first hit, our client suggested we bundle up the production of the three major Pringles campaigns we’d been working on throughout the year (Christmas 2020, Summer 2021 and Gaming 2021) to be ahead of the curve of a potential second wave of the pandemic. The next few months were all about fast-tracking three completely different projects, at different stages, and preparing to shoot all of them simultaneously. The process, which we dubbed “Megashoot”, involved a 7-day shoot in Slovenia with two directors, monitored remotely from a video village at Grey London and with some of our clients also attending from Dublin and Geneva.

We created a world-first in gaming culture by releasing a character from a game, making it vanish and then returning it back into the story with new personality traits. Frank is transformed by the time he spends in the Pringles world and is more sociable and friendly after sharing snacking moments with new friends – so much so, he gives hints and tips on how to survive in West of Dead instead of trying to kill the gamers off.

It’s not easy for a brand to stand out while blending in, especially amongst gamers. Our work brought excitement to an audience that demands an adrenaline hit, drove culture and enhanced the gaming experience - and that is hugely important for brands wanting to truly connect. Our beloved (and transformed) Frank returns to West of Dead this month. We’re hoping that in 2031 gamers playing West of Dead will still be saying: “Wait a sec, isn’t this the Pringles zombie?”. 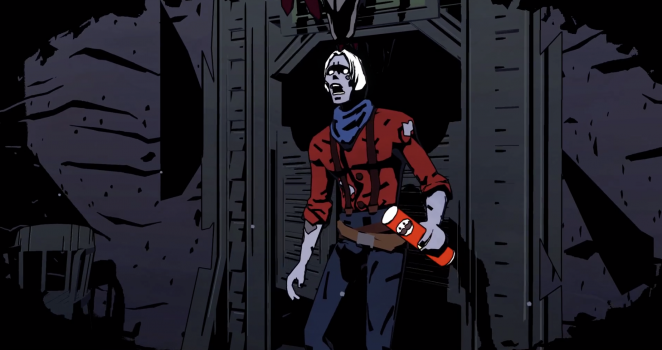 Licensed characters are colourful, instantly recognisable and often loved by hundreds of thousands of consumers around the world. Yet, when it comes to licensed characters, Adland is plagued with a can't do attitude particularly common among top...