The poetry behind the Fireflies spot by Creature London - #BehindTheIdea

Who doesn't love fireflies? They are little, delicate, lovely insects made of the matter of dreams, perfect to showcase choreographed visuals and incredibly beautiful production value.

The spot made by Creature London for Solita below is all this and more. A wonderful, striking tribute to the power of data, coming together in the mesmerising video below.

Today we are getting Behind the Idea following a chat with Megan Egan, Creative at Creature London, to learn more about the campaign below.

Solita is a Finnish tech company full of lots of people much smarter than me, doing amazing things with data. They essentially help businesses turn their data into something useful. For an outsider that sounds pretty dull, and that was the problem. They needed a brand film that made them into an inspirational leader in their field rather than just a technical one, bringing the idea of ‘connecting data’ to life and lighting a fire in the tech industry, and to be fair, once you start digging around into what is possible with data it really is amazing. Our film needed to reflect that.

The initial briefing was daunting because quite frankly, I like most people, know nothing about data.

I think the breakthrough came in thinking about data points individually, rather than the abstract idea of data as a whole. Once this clicked ideas started flowing. We presented several different routes, spanning across rearranging musical compositions to data points literally coming to life as a crazed dancing alien thing, but we all had a clear favourite and that was fireflies. 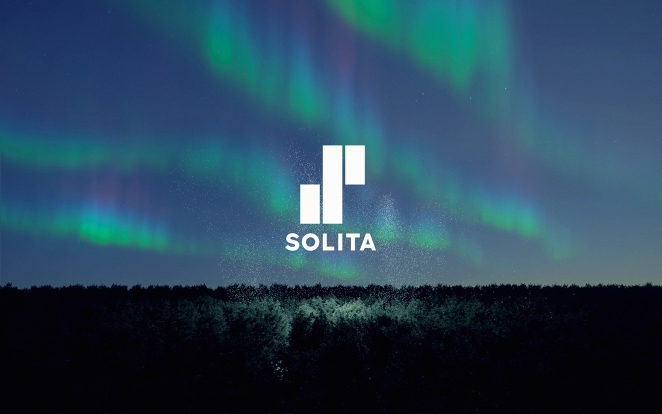 We loved the idea of fireflies because they felt like a really simple and visually striking metaphor for data, I mean, they’re literally just glowing dots moving around in the dark, but when all those dots come together in a choreographed routine, they become something so much more.

The firefly was more than that though, it’s now become a symbol of Solita – their employees are the fireflies, each one with a spark of brilliance inside them, coming together to burn even brighter and build the future with their mind-boggling data prowess. Oh, and because they’re a tech company all our fireflies are robotic, obviously. 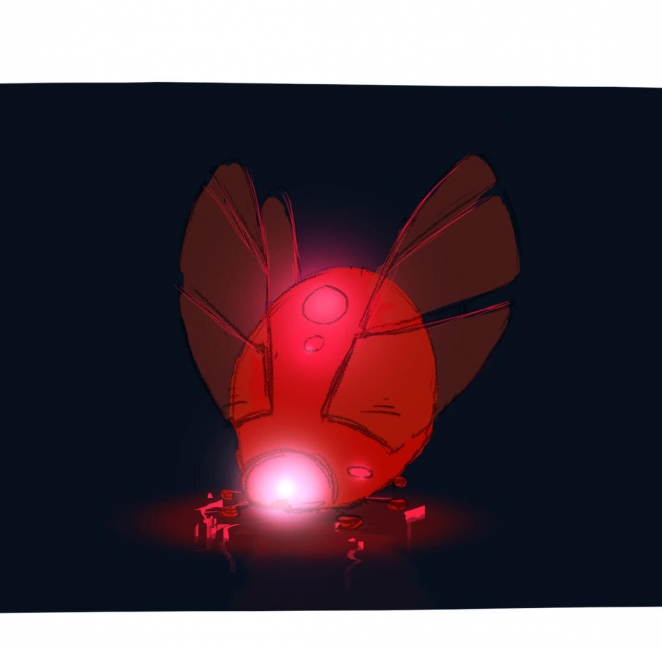 Building an entire forest and an army of fireflies is not without its challenges, but the team at production company NTropic were incredible and made it feel effortless. We started out approving towering grey blobs representing trees and discussing how Finnish they looked, or if they should even be Finnish while trying to imagine what they’d look like with bark and leaves. CGI is a wonderful thing though, isn’t it? You couldn’t move trees around in an actual forest to frame up your shot.

Then came the firefly itself – we were very aware that thousands of robotic fireflies could come across a bit ‘Black Mirror’, so set out to design a friendly-looking guy. After pages of iterations exploring everything from body shape to wingspan and head transparency, we finally landed on the winner, and it looked pretty fly.

The final challenge was bringing a human element into the film, so it didn’t feel like a cold, robotic woodland. There was a balance to be struck between creating an advanced tech forest, while still retaining the human emotion and warmth. Technology with humanity at its core is a very tricky challenge, especially considering we couldn’t include any realistic CGI people for a whole host of reasons.

The solution came at the beginning the film with a close-up of a hand releasing a firefly, placing the power of data in the hands of the Solita team. The display of fireflies became a joint effort between human and robot. We also managed to sneak in some silhouetted figures releasing a few more, and a stag, of course. All of this combined helped us ground the Solita forest in the real world – a true blend of humans and technology.

We chose to have a Finnish female voice on our campaign because it felt refreshing in such a male-dominated industry. We found Ida May, who is insanely talented and can dial her Finnish accent up and down on command which always astounds me. The thing with her being Finnish though is when the client joined the call they could all speak in their native tongue, so there was a good few minutes where they were having a right old laugh and we were just praying it wasn’t at our expense. (We still have no idea what they were talking about).

We also really enjoyed giving the client regular weather updates and hearing all about how they deal with their insane levels of snowfall; they even have a phrase for it – ‘Snow-how’.

Data is the future. We all have it, but hardly anyone uses it. Connecting these seemingly random points is so powerful; it can inform change, powering us forward and ultimately shaping the future. Basically, 1s and 0s are cool. Who knew?

The campaign’s robotic firefly captures the power of data, but it also makes it human, emotional and tangible; a big departure for most B2B tech campaigns. Hopefully, it will be a symbol Solita use for a long time. We’ve already seen how it can stretch by revisiting our tech forest to create a recruitment film, searching for more bright sparks to join the team. Fingers crossed they make them into a physical model too, I want one for my desk.

Including the strategic phase, we started in December and delivered mid-March, so around two and a half months.

I just hope it helps them show everyone the power of data – the guys at Solita are doing amazing work and more people should join them. I also really hope this stands as a shining example of how B2B campaigns can be gloriously creative.