The oft-overlooked heroes in Wasabi and Walk West's campaign

Oh, Nate. The IT guy we all wish we had in our lives. Truth is, we do have him – but IT guys are often overlooked by campaigns and don't get celebrated enough for their successes. And so hot cloud storage company Wasabi and digital marketing firm Walk West decided to address the issue.

The campaign born by the partnership, #MigrateWithNate, addresses a problem a lot of businesses may not be aware of – that they need to migrate their data to the cloud in order to scale –, while at the same time targeting the affectionate and extremely patient IT heroes we all know and love.

For this Behind the Idea, we've had a chat with Wasabi's chief marketing officer, Michael Welts, who helped us gain some insights on how the campaign came to life. 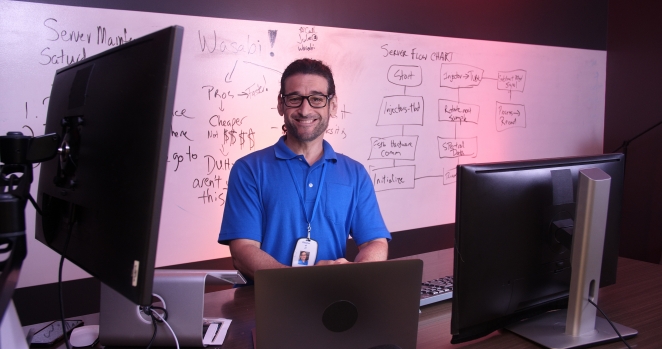 To develop a disruptive social media-centric campaign for Wasabi that puts video content at the centre, allowing for story extensions to provide longevity and depth to the creative theme. Just as successful long-form improv teams use a pre-set story structure in their comedy to create an engaging narrative, the creative team should use an ecosystem structure to fill in multiple digital activities that drive toward the Wasabi business objectives of generating as many impressions as possible at as low a cost as possible.

We knew we had to target the IT professional. He is the one doing the research for his company and he manages one of his businesses most valued assets - the data. Often, colleagues have no idea what the IT pro does - we wanted to give him a voice and make him a hero.

We also wanted to address an underlying business need which is that businesses really need to migrate their data to the cloud from on prem storage in order to scale and leverage that data to gain a competitive advantage. There is a short window of opportunity for these businesses to make the move before their on-prem storage solutions need to be upgraded and we want businesses to make the move to the cloud before they consider spending way more on hardware. It was important to create a sense of urgency here.

It was also critical that the creative theme be led by a ballad video with threads tied to secondary video content, story extensions, live events, and social engagement. Each component will be supported by paid media, social sharing, and PR outreach.  The campaign had to be multi-faceted.

The initial pitch went really well. The Walk West team with lifestyle vlogger and YouTube star Penn Holderness as the Creative Director came to the table with a scripted ballad already prepared. Their understanding of the business need was there and the sense of urgency was created while the concept of Nate the IT Director was born.

Our CEO Dave Friend worked directly with Penn to fine tune both the script and the score to create even more drama and the song was finalised fairly quickly. 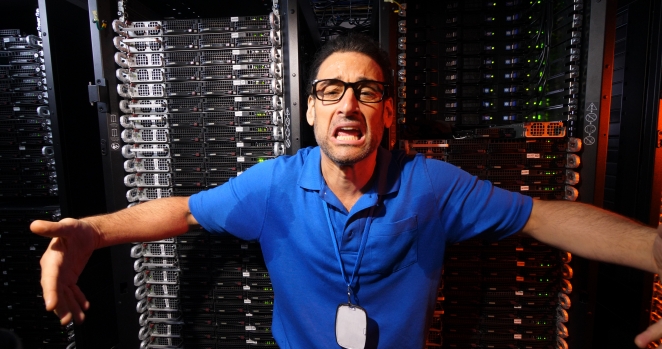 We really wanted to do something different, something that had never been done before in the tech space and we knew we had to be disruptive. Wasabi stormed into the market as a disruptive, challenger brand and this campaign needed to fit the bill. We started with just the song at first.

We wanted to target IT professionals and appeal to them. We know they are often at the base of making decisions and bringing options to the C-suite for consideration. We also know that many are just fighting for a seat at the table because they are so often misunderstood and people just really don’t understand what they do.

Creating a hero named Nate made a lot of sense to us and once we had the song we began testing it out with folks in the industry - before we even produced the video our IT listeners were loving this ballad and were really able to relate to it. We knew then that we had to take it all the way and produce the video.

The production process was actually really smooth. The Walk West team had the schedule very buttoned up. Once we were on set it was all clear.

The biggest challenges came before we even were on set. The first issue was casting - we had to find the right Nate - he had to be someone who could act slightly unhinged and be completely uninhibited to do crazy things and embrace the IT pro who is literally at his wits end. Mike Messer was a perfect fit for us because he was not afraid to push the envelope and act it out.

The second challenge was actually finding a server room that would allow us to shoot in it. Luckily NC State University had a nice little room they were happy to let us use. It turned out to be the perfect setting for Nate’s meltdown! 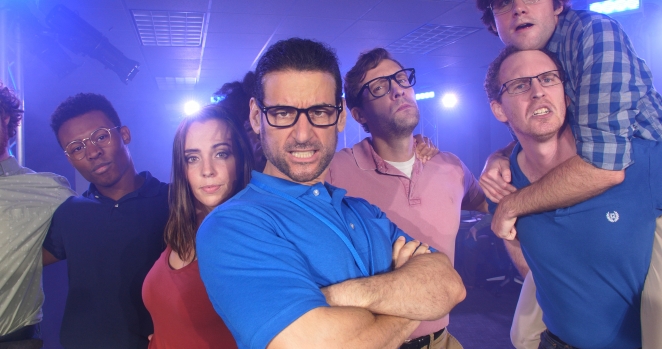 Migrate before it’s too late! Companies all over need to consider moving their data to the cloud as soon as possible. The pricing and space that on prem storage requires is not scalable as businesses grow. Essentially if it isn’t already too expensive it is soon going to become completely unaffordable for businesses to store all of their data on-premises.

We are a B2B company but everyone who works at these businesses are essentially consumers of data! We wanted to appeal to viewers on an emotional level and there is no better way to connect with people than through good old fashioned humour.

The song and the lyrics are definitely catchy and we hope that the uniqueness of the song will stick with people. We’ve caught our colleagues even humming the tune on their own! We hope that viewers will have the same reaction. 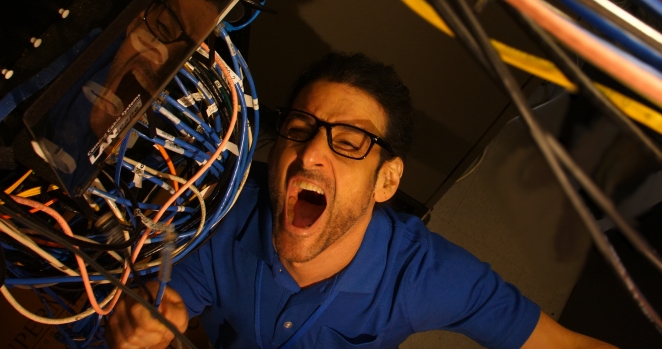 Ideally, the video and the campaign components will reach 100’s of thousands of viewers and our presence within the tech industry will be felt all over the world and our brand awareness will soar. We’ve already seen tremendous response from our partners and a willingness to share and leverage the assets downstream as well.

The launch of this campaign has been tremendously satisfying especially since it has been ready for almost an entire year! We were just waiting for the right time to launch it. We knew we had something special and everyone we shared it with within the media space and the tech space found it hilarious. Once we reviewed with our entire sales and marketing organisation and they loved it too, we knew we had to get it out as soon as possible and then the Coronavirus hit so we waited a little longer until we felt that the timing was right to bring a little humour into the world!