When Nestlé Brazil turned to FutureBrand São Paulo with a new challenge, the team was tasked with a rather ambitious brief: to highlight the company's commitment to sustainability with a renewed brand architecture, whilst showcasing the individual efforts and initiatives of each brand within its portfolio.

The solution envisioned by FutureBrand was a powerful and adaptable brand platform, Re, based on the need to rethink brand assets to reach true sustainability. The platform recognises that a change of behaviour is needed in order to heal the planet from decades of heavy pollution, with the intent to deliver lasting and impactful change.

Today we are getting Behind the Idea following a chat with Isabel Sobral, Partner and Director of FutureBrand São Paulo, to learn more about the campaign below. 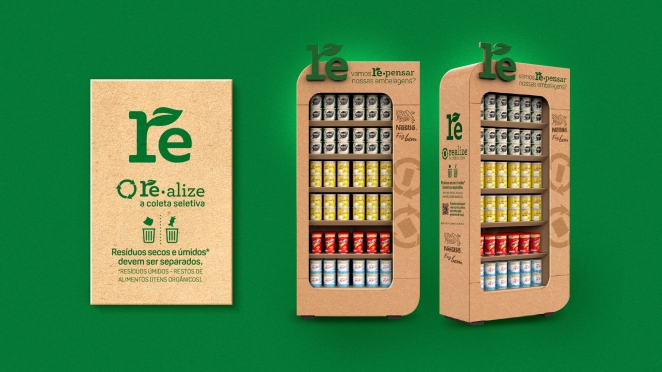 Nestlé Brazil approached us with the task of creating a singular and coherent brand architecture that would promote its commitment to sustainability whilst also communicating the individual initiatives of each brand within its portfolio. The team looked to us to develop a platform that highlighted Nestlé’s ambition to achieve 100% recyclable or reusable packaging by 2025. Nestlé wanted to be able to invite consumers and customers to join the journey of reusing, rethinking and reducing for a more sustainable future.

We started out with a brainstorming session where both of our teams discussed solutions that could potentially address Nestlé’s actions, commitments and goals regarding packaging and recycling. At first, we found that there were a lot of disconnected initiatives and partnerships going on as well as a tactical mission to talk straight to consumers via packaging and engage employees. These all seemed at odds with each other, so we knew our focus needed to consolidate what they were all trying to achieve in the simplest way possible. As we began to develop ideas and eventually landed on ‘Re’, we all felt that it was addressing those early issues. It was a clear choice to continue its development. 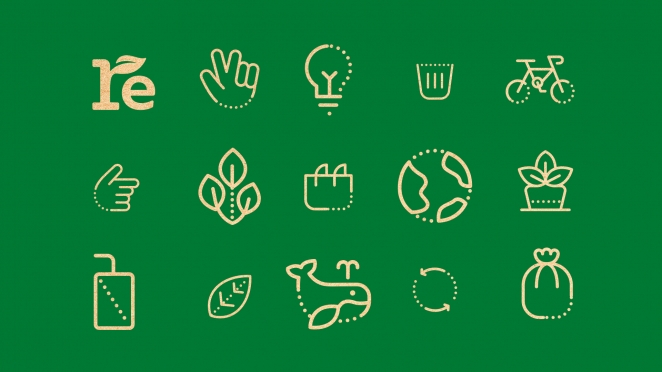 The concept's central pillar is the verbal solution prefix ‘Re’ which we developed in order to create opportunities for Nestlé to continuously evolve on its sustainability journey and communicate a wide range of initiatives, such as rethinking, recycling, reduction, reuse and repurposing. With this kind of evolution in mind we aimed to develop a name that translated across a number of languages, communicating the brand and purpose as eloquently in Portuguese as in English or Spanish to further exemplify Nestlé’s global pledge to sustainability. Once we had settled on the core ‘Re’ we began to develop the broader elements of the brand architecture to further enhance it.

One of the biggest challenges on the project was creating a cohesive brand identity that could be implemented across multiple products within Nestlé’s portfolio as well as engage each business to implement it within their brands themselves. The brands that make up this portfolio all have their own, individual visual language, so it was really important for us to consider how this all-encompassing branding would function in conjunction with all of those other distinctive branding elements.

The other challenge we faced was in identifying the simplest and most motivating messages to be used in the consumer engagement journey. In doing so we took care not to appear as though the company was exempting itself from its own responsibilities. 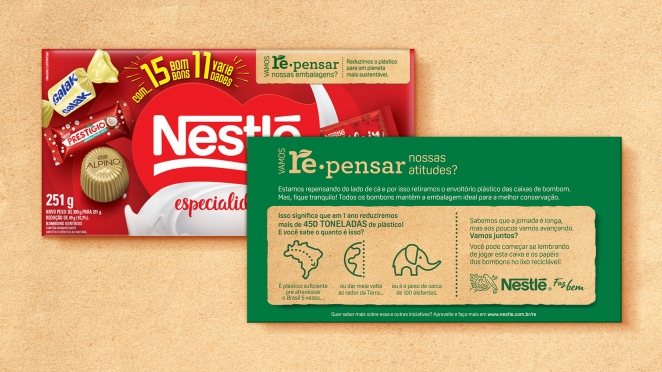 The most notable thing about this project for us was the way that we didn't start with a proper project briefing. When we met with Nestlé for the first time nobody knew exactly what we were trying to build. We were a group of engaged people built up of designers, a CSV manager, a sustainability manager and communication professionals amongst others. At first it seemed that we would leave that first meeting with nothing however the initial idea for ‘Re’ was shared by a member of that jumbled team – an idea so simple that it could have been discarded right away. Nevertheless, it quickly proved to be comprehensive enough to meet the missions of everyone in the room. ‘Re’ was born out of chaos but from a genuine desire of people that wanted real change. 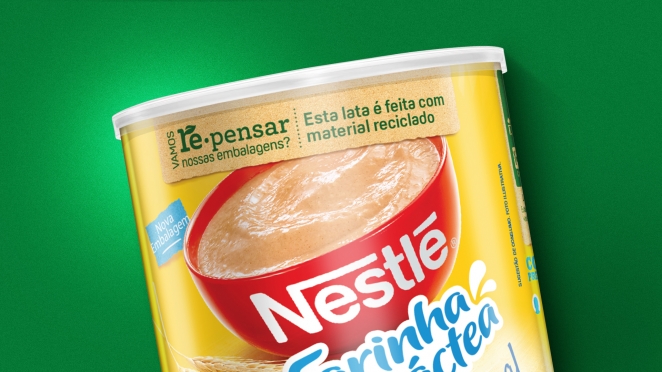 Sustainability is becoming an increasingly important factor for brands, with much emphasis placed on how they communicate their goals to their consumer base. There is a big push for brands to introduce initiatives that can help consumers act more responsibly in partnership with themselves. Therefore, it is important that a brand’s sustainability message is communicated in the most concise and coherent way as possible. The ‘Re’ platform from Nestlé aims to do just that, to reiterate to its millions of customers worldwide that the products that form its portfolio are aligned across this same unifying message: that the packaging is part of a system that is actively working to help develop packaging for products that is not only sustainable through materials and production but can be a part of second and third life cycles.

For us, one of the most unique aspects of the campaign is the way in which we have addressed the challenge of coherency across multiple brands. The flexibility and adaptability of the assets we have created really makes the campaign feel like a unique project. We hope this can be reflected by other large companies, similar to Nestlé, who are looking to align multiple brands with core messages of sustainability, community or other social issues. 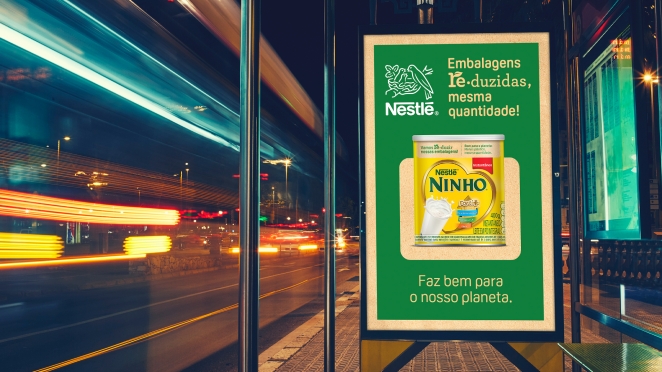 It only took a year for us to create and implement the project. As the ‘Re’ visuals were being implemented across packaging and internal communication at Nestlé, partnerships with recycling organisations and other activations were rolling out, simultaneously giving rise to a multi-platform action and communication project.

We hope that the ‘Re’ platform can be expanded across more territories within the Nestlé portfolio and that the platform continues to communicate Nestlé’s ongoing sustainability efforts to the consumer. As one of our major clients, Nestlé has been following our interest and growing knowledge in sustainability over the last few years, so it was very rewarding to partner with them on this project and unite diverse stakeholders around issues such as the circular economy and waste management. This is something we hope will continue to grow and that the ‘Re’ project sets a benchmark for others in this space to consider their environmental impact.

Our ambition has always been to make ‘Re’ a platform to communicate and engage with consumers beyond just packaging. Today we can already say that ‘Re’ has taken on a life of its own with its own website, Nestlé’s packaging and a series of initiatives and partnerships. The world has changed a great deal since 2019 with Nestlé pledging Net Zero commitments by 2050, and we hope that ‘Re’ will have a significant role in helping to push these sustainable ambitions into reality.