As the world focused on Covid, there were some unsung heroes still working behind the scene to raise awareness about the deadliest sickness of all.

To raise awareness of people who are still going through cancer treatment in these difficult times, Folk Wunderman Thompson has partnered with the Irish Cancer Society to bring to life the campaign you can see below – featuring real-life cancer patients and survivors at different stages on their journeys to fight cancer.

Today we are getting Behind the Idea to understand how this incredibly poignant and emotive campaign by Folk Wunderman Thompson was conceived and produced. 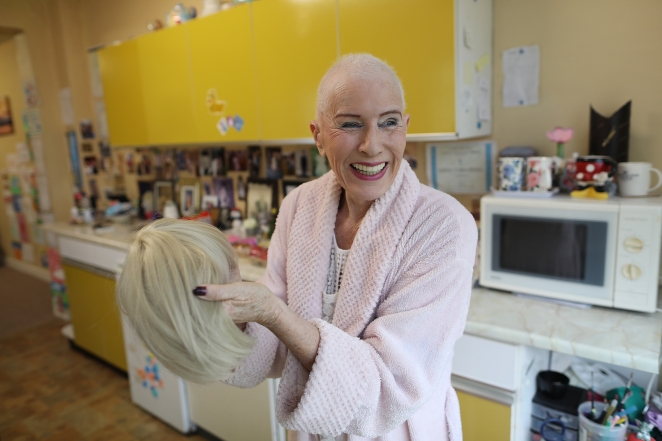 In 2020 the world focused on COVID. This was to be expected and understandable, as people tried to make sense of the chaos and a new way of living. However, who was somewhat forgotten were those who were going through cancer treatment. The Big C had become the Forgotten C. We needed to remind people that cancer hadn’t gone away and nor had the Irish Cancer Society, who continue to support those who go through treatment, along with the survivors of cancer.

It went smoothly as the brief was so clear. We had some early ideas around personifying cancer and communicating how current conditions have allowed cancer to take a back seat, and that’s just what cancer wants to thrive. We felt we should explore something more emotive though. We also felt that we had to be authentic. As the reality of cancer is rarely topped by the dramatization of it. We were genuinely inspired by people we saw on social media who shared their stories of their day-to-day experiences of living with cancer. We wanted to tell their stories. That brought us further down the road we ended up taking. It felt like the right space to be in. 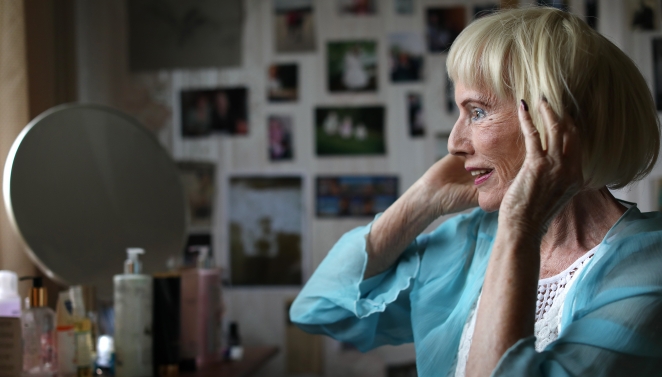 The concept is ‘Still Here’. It is a reminder to the public that people across the country are still going through cancer treatment. Still trying to live their lives. Still getting on with it, even when the world is changing around them. And The Irish Cancer Society are still here to support them on their journey. We told this story through the stories of those who are actually going through it. Working with our director TJ O’Grady Peyton, we identified 3 ways of getting this footage. The first was TJ’s shoot, where he went out and met people – capturing this in a more cinematic way. The second was the sending of Go-Pro cameras to cancer sufferers and asking them to capture parts of their lives and cancer experience that they were comfortable with. And the third was going through archive footage that was shared with us from cancer sufferers, capturing various points in their journey. We had 3 groups of people we needed to feature - cancer sufferers, cancer survivors and Irish Cancer Society staff. This meant that everything we captured was authentic and reflection of what cancer sufferers and survivors are still going through every day.

Well, it was a huge production challenge as we were going through severe lockdown restrictions in Ireland throughout the entire production. Cancer sufferers are in the vulnerable category during a pandemic, which meant we could not shoot them indoors or close-up. We really had to rethink our production based on this. And we relied more on people sending us footage, rather than us getting it ourselves. Fortunately, so many people agreed to take part in the campaign by self-shooting and giving us an authentic window into their lives. We are so grateful for this.

What is one notable thing that happened during the production of the campaign?

One of the more notable aspects of the campaign was the willingness of some high-profile cancer sufferers, with big media profiles, agreeing to be part of the campaign – even though many of them were going through treatment at the time.  This meant that we got a lot more eyes on the campaign when it launched, it became a hook for lots of the media coverage. This was great because the more people who saw the campaign and reacted well to it, the more The Irish Cancer Society would received donations.

The main message is that while the world got preoccupied with COVID, many people are still going through some of the biggest battles of their lives. And, The Irish Cancer Society are still here to support them, every step of the way.

It’s the authentic story telling of the day-to-day lives of those living with cancer. We didn’t dramatize a single thing, rather we showed the reality of it. This is rarely seen on our screens, so it gave the campaign a unique space to exist in.

9 or 10 weeks from brief to broadcast. We had the Christmas break in the middle and all kinds of lockdown stoppages too.

I really hope it helps people appreciate the role that Irish Cancer Society play, while encouraging people to donate to them, so that the those going through cancer have the support they need. 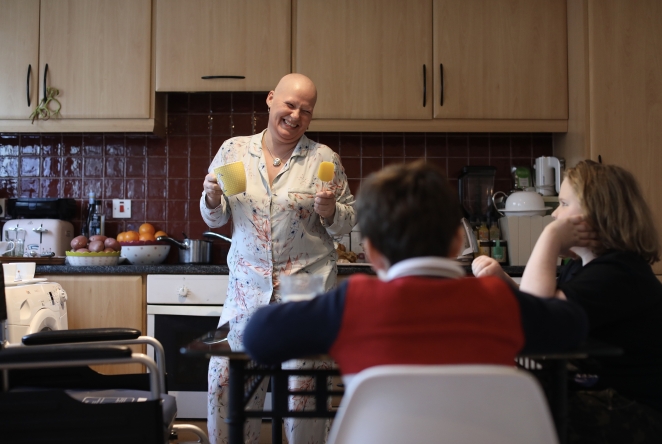