Letting those WOW moments speak for themselves | #BehindTheIdea

In its first work from Lucky Generals, car selling service carwow aims to “fill the lives of car owners with massive moments of WOW” (delivered by a huge inflatable “WOW”) as they see how much they can sell their car for.

The campaign marks the first time the leading online car buying and selling platform has promoted its industry leading ‘Sell Your Car’ feature to the mass market. The campaign is designed to build consumer awareness that car owners can now sell their existing vehicle via the new ‘Sell Your Car’ portal whenever they configure a new car on carwow.

The star of the creative is a giant blue inflatable “WOW”, which explodes into scenes of everyday life whenever people find out they have sold their car using carwow. Lucky Generals set out to capture the amazing moment when you look at your phone, open up the carwow app and find out your car has sold for a great price.

To go behind the idea, we spoke with Lucky Generals creative directors Nick Bird and Lee Smith to talk brainstorming, wow moments and landing a plane in the middle of Storm Eunice.

In a sentence the brief was to give Carwow cut through in a pretty crowded market.

We talked through a few outline ideas and ways in with the client team. We had a fave and the clients also landed on that one.

Landing the brand and making it stick was key. We wanted to create something that’s hard to ignore and disrupts the moment.  We thought for maximum branding and standout that we’d use the WOW from the name and own that.

The wow moment would then be an expression of when you get an offer on your car. We then thought about different scenarios of where you could get that wow moment. Whether it was physically small rooms or awkward situations that would give us the maximum comedy. 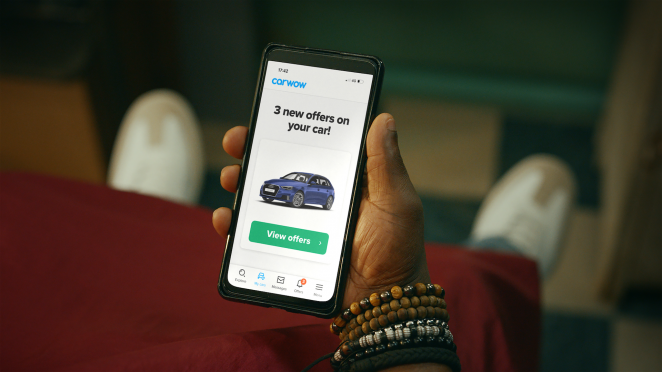 We had a firm March airdate, so there wasn’t a lot of time to dither. Luckily we had our super Producer Russell Taylor on board. He’s a total pro and can do extraordinary things with time and budgets. After a great treatment and few meetings, Neil Harris and Smuggler were awarded the job. Again, a brilliant team to work with.

The main challenge from a production perspective was how the WOW would look. From the off we wanted it all to be done in-camera. So the size of WOW and the how it inflated within the set was key to making sure it had maximum impact and comedy value. Also, fried bread which is the national dish in Lithuania was challenging.

We flew back from shoot to the UK and landed in the middle of Storm Eunice.  Our client Meghan was on the flight before us. Her flight made three attempts to land at Stanstead. People were screaming and vomiting. Then to add insult to injury, it got diverted to East Midlands. 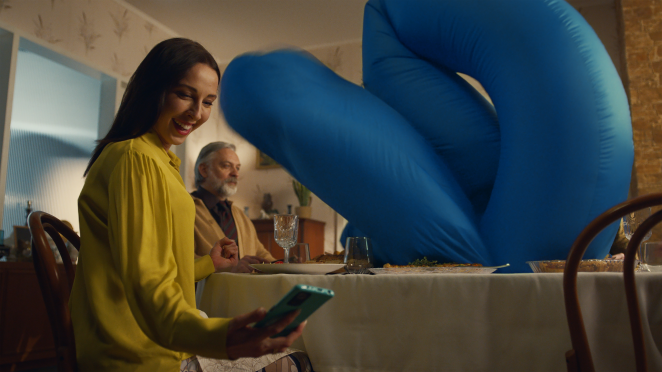 Have a WOW moment when you sell your car with carwow.

Super quick. Carwow came to us just before Christmas and we were filming in mid Feb to on air mid March.

Carwow already has a huge following and awareness on Youtube for it’s car reviews.

So for us, it’s about getting the name ‘carwow’ out there and beyond so it’s synonymous with  buying and selling cars.