Everything is smart these days, from your washing machine to your vacuum cleaner. Many anticipate a new era of the Internet, where networks, data and computers will be embedded into our domestic appliances. Then why shouldn't we make our coffee smart?

In this lovely and playful campaign by VMLY&R Italy, the agency partnered with Lavazza to promote an Alexa-powered coffee machine, an innovative product for an established international brand. Amidst Covid restrictions and different iterations, the whole production process took about one year, but if the result was the beautiful ad you can see below, we can confidently assume it was all worth it.

Today we are getting Behind the Idea with Rafael Genu & Cristian Comand, Executive Creative Directors at VMLY&R Italy, to learn more about the exciting project below.

The brief was the product itself. It's often like this when you advertise an innovative product for the first time, isn't it? We had already established a brand style and visual world for Lavazza, so we've tried to play and describe the cool list of features with style.

The brief was part of a bigger project involving Lavazza's global campaign and communication assets for over 30 countries and five product campaigns. The whole process took one year. We had many rounds of ideation and presentations and always thought that the best creative opportunity was Voicy because of its originality.

It was, above all, a great collaboration, first, between the client and our team. When we came up with the idea of word-of-mouth, we verbalised it in the concept that went on-air in Italy: "L'espresso sulla bocca di tutti" (Italian espresso on everyone's lips). Then collaboration with director Ali Ali. It is the third film we made with him, and he is an integral part of the creative team before we even see his treatment or get on the set. Ali inputs in the conception of this work, and not only the final film.

It was slightly different from the others, as it was the biggest production we've ever done for this client and was shot during the pandemic. Vaccines were not available at the time of the shooting, and we followed stringent rules. We shot in Milan and Bergamo to avoid travelling, and we had to be creative to get the casting we wanted. 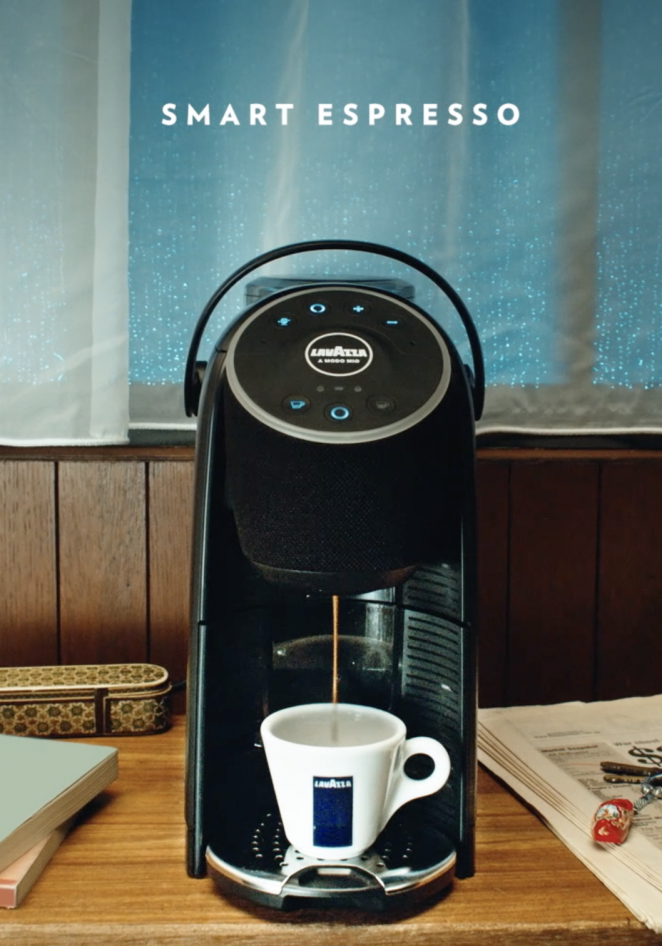 The production had many layers; some of the vignettes and settings featured in the film were also used individually or for other brand assets. So we had to write bespoke lines for the characters and shoot the same scene several times, making the whole process very challenging and sometimes even chaotic. Also, we shot almost everything in 3 languages: English, Italian and German. I don't know how we could have done it without being such a tight-knit team.

One funny anecdote is that Ali didn't like the actor in the final scene of the film. So on the last shooting day, and although we were massively limited by time, he did the whole scene again with another actor and rebuilt the set in a studio for it. Another interesting fact is that this last scene is a tribute to Kubrick's Space Odyssey if you remember HAL:

What's the main message of this project and why does it matter?

We had many conversations about the relevance of Voicy since, despite the AI, you still have to refill it with capsules. But everybody who has the machine at home is totally in love with it. In particular, people who still don't have Alexa at home, as Voicy carries all Alexa's regular features or those who want a second voice assistant in a different part of the house. The main message here is Smart Espresso, and for us, it always sounded simple and strong. If everything can now be smart, why not your coffee?

The whole process took about one year, but after the shoot, we still had to wait a couple of months to see the final film, as a few scenes required heavier post-production, like the one we nicknamed Blade Runner with a woman on a digital billboard. 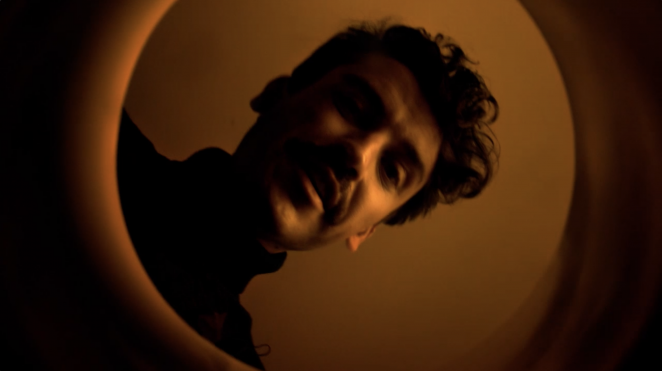 Lavazza has been undergoing a process of rejuvenation and "premiumisation" of the brand. It's always been a very innovative company. As the first creators of the coffee blend, they practically invented coffee as we know it and witnessed the birth of espresso in Turin. Aesthetically, they have always worked with great artists like Dave LaChapelle, Helmut Newton and Maurizio Cattelan, to name a few. If this campaign helps the brand honour its creative and innovative tradition and shine a light on the future, we are more than happy.

Influencer marketing has become a commonly used alternative to traditional advertising and a great way to increase brand awareness and consumer reach in an authentic way. Although this can be extremely useful and cost effective in building your brand...