Traditionally, the Army has been mostly regarded as an environment where only men could find their place. Yet, there's an argument that the very nature of the Army makes everything equal; based on that, there's no reason why women shouldn't feel like they don't belong there. But how do you challenge these gender stereotypes, and how do you show prospective women soldiers that the Army is a place of skill, not gender?

Enter Karmarama and their campaign for the British Army. Adopting a genuine and authentic approach to send the Army's message to the public, Karmarama worked on a campaign named "A Soldier is a Soldier", challenging gender stereotypes through a film that shows the impact that women soldiers can have in the Army – alongside their male counterparts.

Today we are getting Behind the Idea following a chat with Rhonwen Lally, Planning Director at Karmarama.

The brief was to challenge stereotypes that Army jobs are just for men, and make more women see the Army as somewhere they’d belong. The strategy was to show women that in the Army, they’ll be defined by their skills, not gender, and that the Army’s strength comes from different people bringing different skills to different roles.

Issues around gender are delicate and complex, and through the creative development process we had a number of different ideas on the table that sparked a lot of debate amongst the team. We were keen to make sure we landed a message that felt both authentic and credible from the Army, that would establish their point of view in this area. 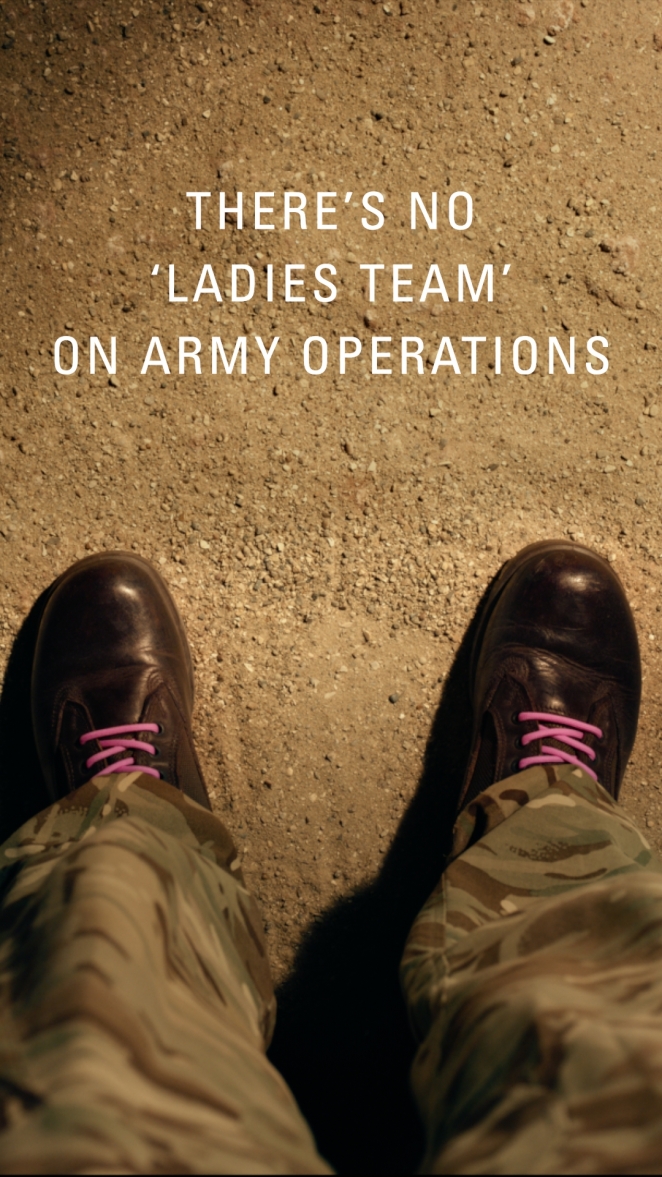 The concept was born out the simple idea that in the Army, a Soldier is a Soldier, defined by nothing other than the skills they bring to the job.

This was brought to life by spotlighting ways that women are talked to or treated differently across society, and the firm belief that there’s no place for this in the Army. The film shows how in the Army, no-one calls soldiers ‘good, for a woman’, when they’re stitching up a wound. And nobody tells them to ‘calm down, sweetheart’ when they’re airlifting civilians out of rising waters.

This simple message and challenging execution established a clear point of view from the Army, and shifted on traditional Army stereotypes.

We knew coming out of creative development that our budget was modest, so made sure we didn’t overreach in terms of what we wanted to shoot. It meant that we kept our set ups simple, carefully crafting smaller visuals and using stock footage where needed.

Another decision we made early on was not to shove female soldiers in front of camera. We’re all familiar with those slow motion shots of smiling women working in a range of roles that you so often see in corporate films. They feel very tokenistic. So in keeping with our idea we kept our soldiers anonymous, featuring only as hands in frame and the voice overs used.

The glittery rifle, the ‘good for a woman’ stitching and the ‘beach body’ ration pack you see in the film were all real props and seeing these physically for the first time was a moment of real excitement about what we were about to make. It really validated our decision to focus on small things to bring this film to life. Slightly disappointingly even after being stamped over 10 or so takes, our beach body ratio pack full of Tikka Masala refused to burst. You can’t win them all. 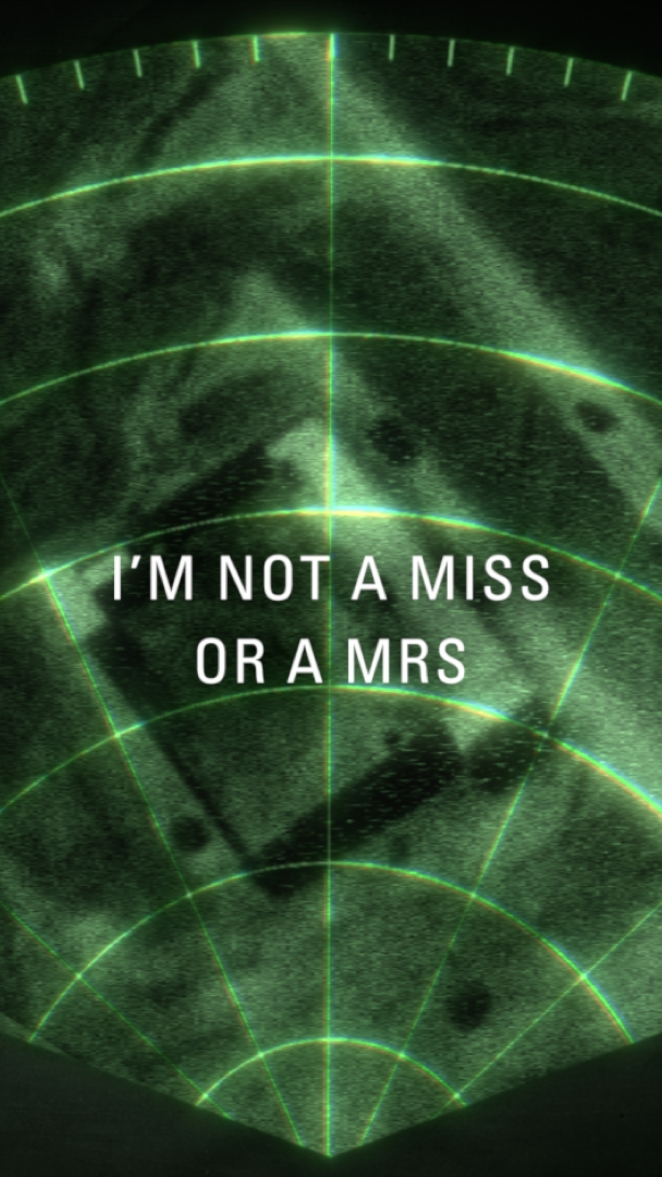 The message at the heart of the campaign is that the Army is a career where people are defined by skill, not gender. It shows how the Army’s lack of gendered labelling lets you reach your true potential in different roles, and that the Army is an equal opportunities employer, where you’re not defined by gender, but by the skills you bring and how well you do the job.

For an organisation that’s typically seen as a ‘man’s world’ and ongoing gender stereotyping across society, this was an important message to land.

This was truly built as a Social campaign from the outset, and from there delivered in a way which made the most of Cinema, VOD, and Radio as well.

Inception to delivery was 10 months, of which over half that time was spent on navigating external conditions in addition to Covid.

The campaign is aiming to shift the preconception of soldiers as just men doing combat roles, and make more women see the Army as somewhere they’d belong.

Ultimately, the Army wants to recruit the best talent (regardless of gender) to join its ranks, so the campaign’s end goal is to drive applications from a diverse and skilled audience. 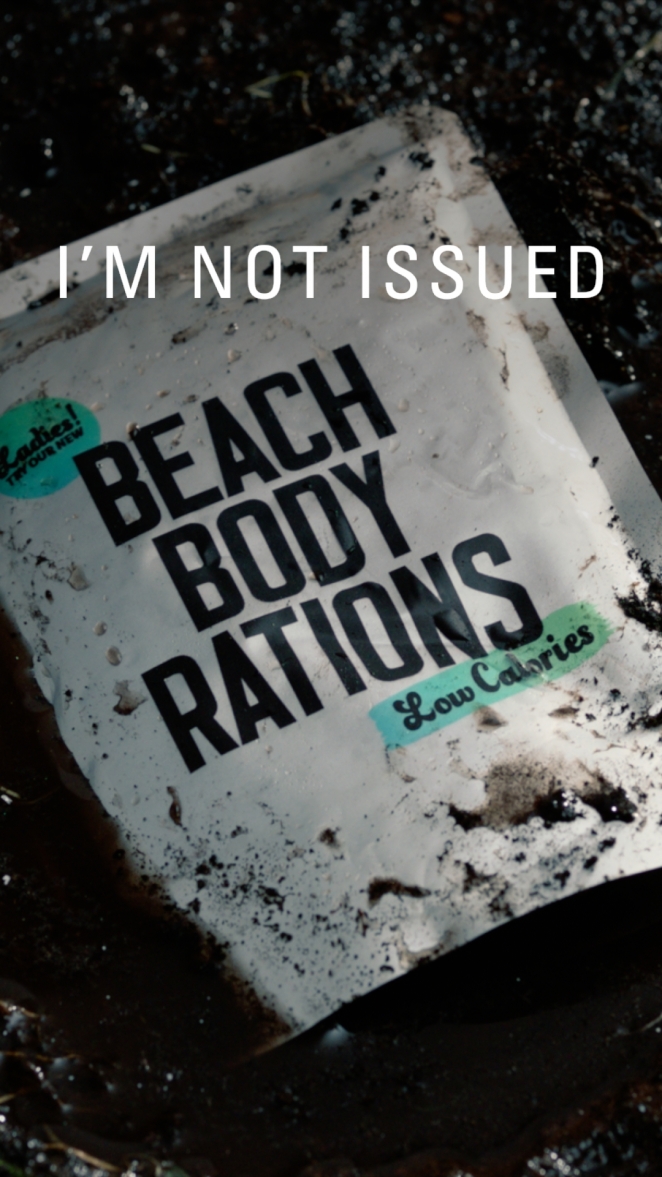