Finding the perfect nearly-new car with Creature and Motorpoint | #BehindTheIdea

Back in January 2021, Creature was appointed to refresh the brand identity of Motorpoint – one of the largest independent car retailers in the UK. Fast forward to summer, and the agency has helped the retailer deliver its biggest national integrated campaign yet, celebrating the points of difference that make Motorpoint unique.

Inspired by the challenges that go into finding the perfect nearly-new car, the campaign features a 30” brand advert, in which we follow an intrepid explorer and his trusty sidekick on their epic quest to find the best priced nearly-new car. The campaign feels quirky, unique and vibrant, certainly an inspiring approach to help the brand find its true DNA.

Today we are getting Behind the Idea following a chat with Creature, to learn more about this exciting campaign below. 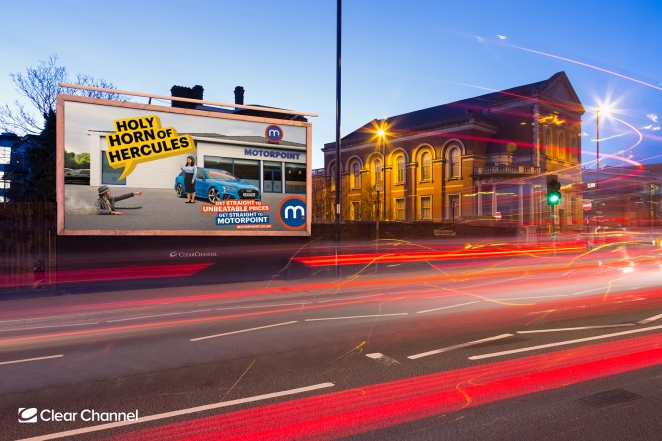 Motorpoint are a huge used-car brand with giant showrooms nationwide. But since Rylan Clark appeared in people’s kitchen’s a refresh was needed. Or at least a reminder that Motorpoint are the go-to guys for nearly new cars at (genuinely) the lowest price possible. This is where most people would crack the joke “sounds like these people are paying me” … but they are.

A lot of the early pitch work found us navigating the car-buying process to find out what grinds people’s gears. Turns out too many of us get stuck on retail roundabouts, desperately trying to find the best car at the best price. Luckily our bumper strategy department filled up our creative tanks with the finest planning petrol. Then we put pedal to the metal and drove down the creative highway until dawn. Then we stopped. Realised a metaphor might be a good way to bring the consumer insight to life. And tried out a few to see what made us smile the most. 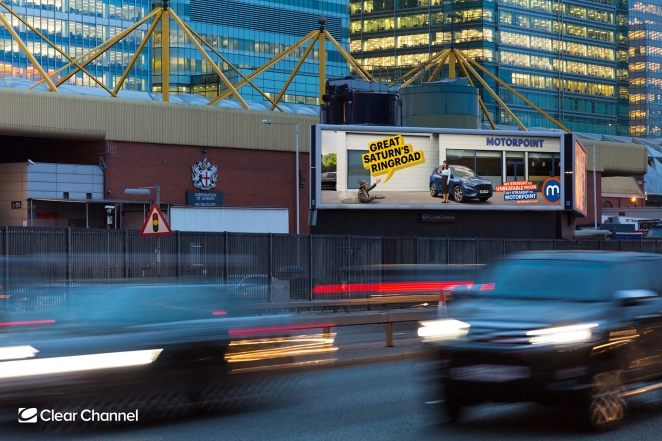 We knew early on that we wanted to bring to life this sense of an endless, frustrating journey. At one point, wizards were on the table, the next we were riding a ghost train. But it was so important to find the right balance between entertainment and, well, advertising. We didn’t want to shy away from selling cars. So we had to find a creative vehicle (sorry), that allowed us to do both seamlessly – “entertainment with an honest sell” was how [director] Casey described it. It turned out an Explorer searching high and low to find four-wheeled treasure was just the thing.

There’s been a mountain of articles that go on about all the struggles of working around COVID. And of course, this was no different; a US Director locked up in isolation for pre-prod isn’t ideal. But now the industry’s back up and running and people are used to the change in working, it really didn’t make that much difference (although I’m sure this is actually down to the tireless work of some amazing producers).

One of the trickiest things was shooting in a working car showroom. Their cars are meticulously arranged to make sure they’re squeezing as many as possible. So when a crew turn up and ask for 22 of them to be moved it’s a bit of a challenge. It’s also a bit of a challenge when try to drive home after a 15-hour day and take a wrong turn down said meticulously arranged cars only to realise it’s a dead end. Is a 38 point turn some sort of record? 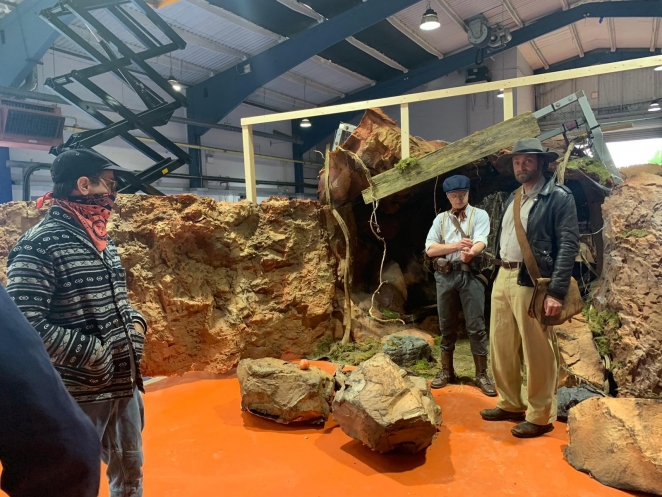 Casey Storm, our director, had an archive of amazing anecdotes having previously been a Hollywood costume designer (Where the Wild Things Are, Zodiac, Her).

On a more useful note, he also described how his father, Howard, would do all he could to encourage improv from Robin Williams when directing Mork & Mindy (casual name-drop there). While Tim FitzHigham our Explorer, is an excellent comedy actor who didn’t seem to break character the whole day. Or on the subsequent still shoot or sound session after that...

Anyway, it soon became clear the pair had been hanging out writing alternative lines. So, we were regularly treated to random outbursts none of us had heard before. “Nefertiti’s Neck Pillow” was a particular favourite. Great for our script. Less great for our resilient account team trying to explain to the client what on earth was going on.

Stop searching high and low for the best price on a nearly new cars or you may get lost in a cave covered in cobwebs. No, wait…!

Here’s a little nugget of trivia – the whole campaign was shot on-site at Motorpoint Chingford. So while you might assume we travelled to deepest, darkest Guatemala to uncover a Mayan tunnel network in pursuit of the perfect shot… we were in fact 5 minutes from Enfield.

It all gets a bit blurry when you go from pitch through production to delivery, doesn’t it? When did one end and the other start? Did this idea begin when the first brief is given or was it the day I wore ill-fitting chinos and matching shirt and Steve (my Creative Partner) said “Alright Dando, Indiana Jones wants his wardrobe back”.

Who knows! (Probably about two months).

First and foremost, we’d this campaign to prove to everyone Motorpoint is the only place to go for nearly new cars. The USPs are there for the taking, so it really is a no-brainer.

But we’d also love to give the brand a voice and help them build a real relationship with the public. Success for us is people wanting to hear from Motorpoint. Not just because they’ve got something to say, but because they say it in a way that makes everyone smile.