Fighting malaria with Dentsu and Malaria No More | #BehindTheIdea

Malaria is one of the world's deadliest and oldest preventable diseases. Global efforts since 2000 have saved thousands of lives, but Malaria No More feels that there is a risk that worldwide stakeholders will start resting on their laurels. Defeating malaria requires a continued and constant effort, and so, a new initiative from the organisation was started in partnership with Dentsu International.

Dentsu envisioned a campaign that resonated on a cultural level, starting from a 2-day workshop in Johannesburg to meet with the malaria community. The strategy was to stimulate bottom up pressure and drive change in governments, aiming to show the potential and cultural richness of a continent which still needs much support.

Today we are getting Behind the Idea following a chat with Dentsu, to learn more about this beautiful campaign below.

Malaria is one of the world's oldest preventable killers. Global efforts since 2000 have saved nearly 7 million lives and reduced deaths by 60% however, in spite of this there is a risk in a growing sense of apathy. The key to eradicating this disease requires continued will, commitment and investment from Governments organisations and individuals.

The aim of this campaign simply was to raise consciousness higher on the agenda across society and the global community - as quoted from the brief ‘catapulting malaria as the public zeitgeist across key areas of the commonwealth’.

It’s not often you get a brief this big. Because this was something so important, we wanted to bring in our full global community to work together.

Based on our initial creative brief we had our offices in Mexico, Brazil, India, Netherlands, Australia, New Zealand, Kenya and South-Africa submitting over 150 campaign ideas.

Then we got together in a 2-day workshop in Johannesburg with the malaria community to review the shortlist of ideas and work together on an overall campaign strategy. We had a group with representation from dentsu, Isobar, ALMA, SpeakUpAfrica, The Bill & Melinda Gates Foundation, Malaria No More, RBM, Comic Relief, Restless Development and the Institute for Sustainable Malaria Control.

There was one idea that clearly stood out from the beginning. It looked to marry the world of traditional line art and popular culture. This was the genesis of Draw The Line Against Malaria. 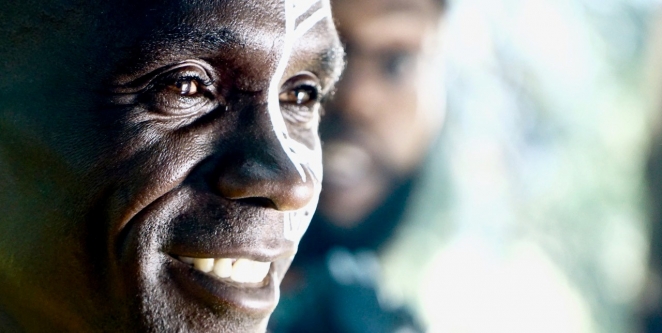 The strategy we developed was simple. The ultimate change happens at government leaders. To drive action with government leaders we needed bottom up pressure. We focussed on a young generation because this is their future and they have the passion to speak up.

To inspire that group, we needed a campaign that resonates on a cultural level. Not a typical charity campaign that ask people to feel pity, but a movement that shows the potential of a continent and celebrates the energy and creativity of its generation.

Our idea was to kickstart the movement with a campaign that was created with the language global youth use to express themselves in music, fashion and the internet - a new approach for a non-profit organization.

We created a new digital language called the Muundo, inspired by traditional african line painting and the meaning and symbolism it can convey.

Using the visual language of global lawyer, artist and activist, Laolu Sebanjo, we ensured every aspect of the campaign incorporated the principle of empowerment – from the way we address the disease: “Malaria, we’re too fresh for you”, or “Malaria, you can’t steal from us anymore” to the film, to the chatbot, and the promotional animation, every detail was chosen with one goal in mind: eradicating the feeling that malaria is a distant problem that doesn’t affect youth.

It was the right choice because connecting with Culture is critical to making work that resonates and inspires action.

Many challenges in the past 2 years. A global pandemic definitely changes timelines. I would say that the biggest challenge was also the biggest success factor: this work involved hundreds of people from different organisations, all coming together to build this movement. We (Isobar/Dentsu) had 8 offices pitching in with initial ideas and distributed production across 4 locations. On top of that we worked with a lot of different partners from over the world. And Malaria No More did an amazing job getting NGO's, celebrity ambassadors and malaria champions on board, ensuring that this work doesn't just live in the media but that it saw a lot of adoption with African digital youth. While all of that is really powerful, it's also a big job to orchestrate all of that and keep the work sharp. 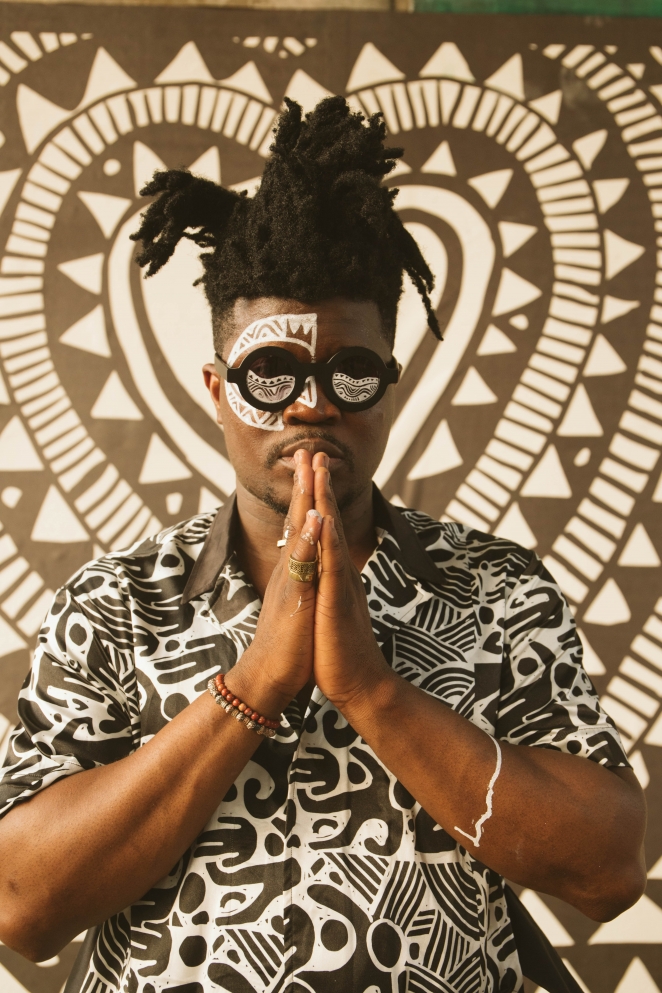 The shoot in Lagos was definitely an adventure. A lot of improvisation to make things happen. The day before we had to shoot the final scene with the Muundo mural we didn't have permission from local authorities yet to take over that wall. When that permission finally came through the art department team and Laolu worked through the night to make everything happen. The location was very busy, next to a food market, so on top of a big crew with lots of extras we drew a lot of spectators. At one point we had to pause because there were chickens from the market running on set.

‘Draw the Line Against Malaria’ is a call to action, campaign, and digital experience which is driven by the youth of Africa to bring an end to one of the world's oldest diseases.

This work shows how art and creative craft can be a weapon against one of the world's deadliest enemies: malaria.

The campaign is centered around a simple design idea: together with a renowned Nigerian artist we turn traditional Yoruba line painting into a digital design system that allows everyone to add their line to a collective artwork: The Muundo. This artwork became the centerpiece of every element of the campaign: A hero film where all the props and sets were hand painted. An animation film where the artwork is brought to life and we tell the story behind the work. A capsule collection with Nigeria’s biggest streetwear brand.

The campaign was authentic to its audience and the things that inspire them - to resonate with African youth, and ensure this was an authentic campaign we worked with African cultural leaders to bring the campaign to life. Laolu Senbanjo, human rights activist and artist created the Muundo, Meji Alabi, grammy award winning director led the hero film and Yemi Alade, Nigerian pop star, narrated the animation film. 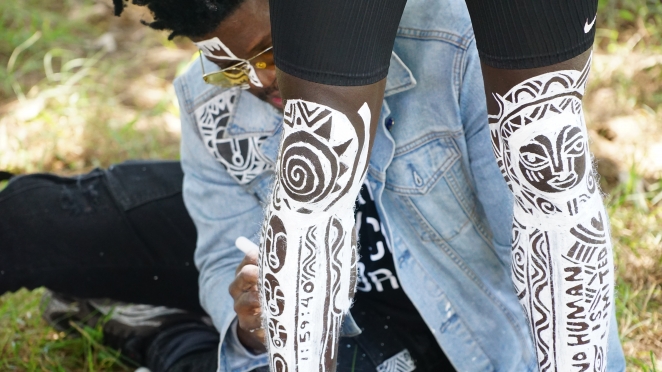 It was actually 2 years ago when we got the first brief from Malaria No More. The original plan was to launch in spring last year. At the time we were afraid that the message wouldn't get enough attention in the media because everything was about Covid. Which was a tricky dilemma because especially in a time of Covid, this message is increasingly important. Now we see that there is also attention for that narrative and we notice that this work really resonates.

The campaign has already reached over 500 million people, which is insane when you think about it. It shows that we have a message to really resonates in this moment of time. But the ultimate success we hope to see is real impact in the political arena. We need government leaders to commit to the action needed to end this terrible disease.

In the global health community the campaign has set new parameters for what values-based campaigns can achieve - we can only imagine what the creative community is going to tackle next.

Whiskas has always been a popular brand for cat owners and lovers. In an attempt to cement its reputation as the brand that truly understand cats, Whiskas turned to AMV BBDO to design a new, purrrfectly unique spot with the iconic Whiskas cat as the...