Exploring Xenojellies, art and music in House of Greenland's work for Hyundai | #BehindTheIdea

How do you carry on the conversation long after an exhibition has ended? The creative folks at House of Greenland may have an idea or two.

When Hyundai, official sponsor of the Hyundai Commission at London's TATE Museum, reached out for help in crafting launch films for the Turbine Hall's latest exhibition, House of Greenland jumped on board. The films were meant to support artist Anicka Yi's installation, 'In Love With The World', which featured the unique 'Xenojellies', AI-driven jellyfish-like creatures floating all around the Hall.

Created as Covid restrictions were just starting to ease, it was soon clear that the films would prove to be a unique tool in the hands of all the ones who couldn't attend the exhibition in presence, allowing the conversation around art, music and technology to carry on beyond the exhibition dates. While the exhibition has ended, the films remain.

Today we are getting Behind the Idea with Tim Noble, Creative Director at House of Greenland, to learn more about the intriguing installation below. 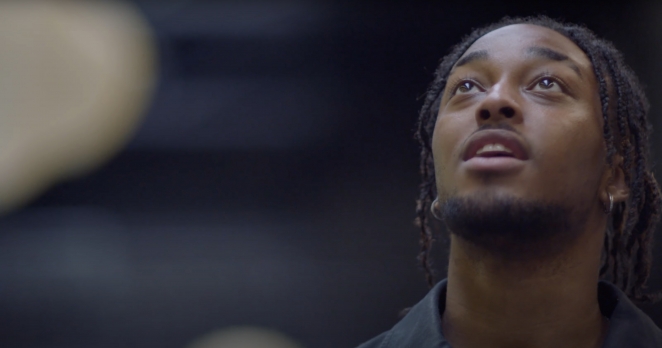 For Anicka Yi’s new installation, ‘In Love With The World’ in TATE Modern’s Turbine Hall as part of the Hyundai Commission, exhibition sponsor Hyundai Motor Company sent an RFP for a bold creative treatment for their launch film assets.

After 18 months of COVID-19, HMC recognised that digital fatigue is at its peak and therefore wanted a more radical approach to the traditional ‘art’ movie. With travel restrictions still in place for global travel, HMC also recognised that fewer people would be able to engage with the exhibition on a global scale, and that these films would be the lens through which they engage.

They requested an innovative creative treatment to span:
1 archive film – 5 minutes
3x social films – up to 30s each

From the start we knew that we wanted to cut through the digital noise of the pandemic and craft a compelling and visceral experience for viewers online. Fewer people would be engaging with the exhibition in person so we worked to make the films a lens through which the audience could still take part.

It was also important to appeal to Millennial and Gen Z audiences, as well as to those interested in art, music and technology. The creatures envisioned by Anicka Yi are incredibly unique, and our centrepiece film needed to be as much of a piece of art as her work itself.

We produced an innovative creative treatment with a centrepiece four-minute art film and three social media videos. Our goal was to showcase the relationship between art and viewer, but we also wanted to ensure we’d capture the visceral emotions of the installation at Tate Modern. 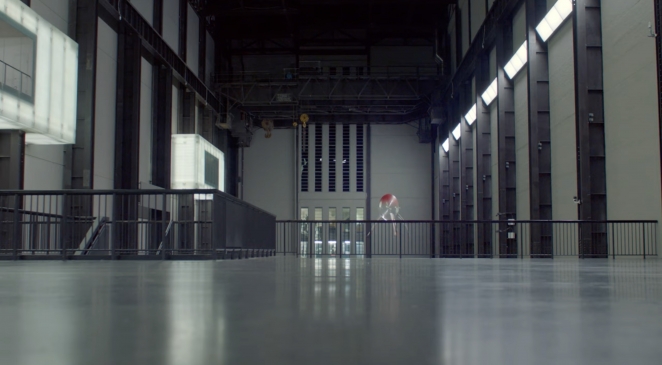 Working with artists is always a unique experience, and Anicka’s work is one-of-a-kind. We had already worked with Tate in the past, but this was our first time collaborating with Hyundai.

We worked closely with Academy Award nominee composer Jered Sorkin to create a score that would capture the ethereal qualities and the mystery behind Anicka’s creations. In creating this unique soundscape, Sorkin recorded the building of the Tate.

In the end we decided to alternate footage of the Xenojellies’ travels through the Turbine Hall with human reactions. The voice of Anicka runs through the entire film, like a red thread. This way, those watching the film have the impression of glancing through a window and into Anicka’s imagination, as she describes the Xenojellies, what inspired them and what they represent.

The films have been a total joy to work on and a testament to our identity as a challenger agency, specialised in delivering world-class creative.

A key part of the exhibition at the Turbine Hall was to create a ‘scent-scape’ which would change weekly for visitors of the exhibition. The very first challenge was to understand how we could capture something as intangible as scent on film. So instead of focusing on scent, we decided to convey the feel of the art via other senses. Our amazing production team led by Sagal Aden-Buxton worked with Jered and created a bespoke soundscape that would sit perfectly alongside Anicka Yi’s work. 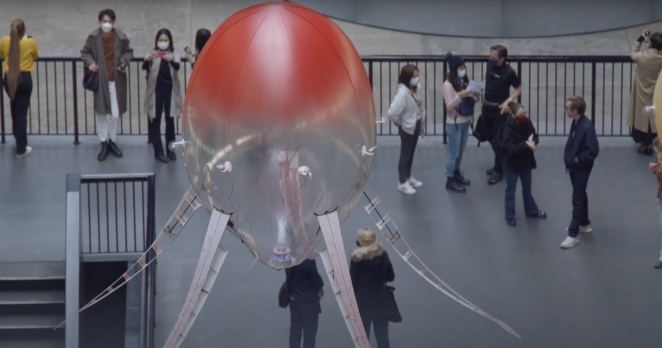 Filming Anicka’s aerobes almost felt like being a wildlife cinematographer! The Xenojellies are controlled via AI and other factors, such as temperature, which drive their movements and help them react to their environment. Our DOP Diego and our co-founder/director Agathe were constantly moving across the Turbine Hall, chasing the aerobes as they span and populated that gigantic space. Suddenly the old power station was transformed into something like an aquarium, or a spaceship.

Their movements were often unpredictable, so editing was key to make sure we’d deliver on the artist’s idea and still create a unique sensory experience for viewers.

We wanted to ensure that art lovers would experience the uniqueness of Anicka Yi’s work beyond the exhibition dates. The films carry on the conversation outside of the Turbine Hall and spread the uniqueness of her works of art to the world.

The annual Hyundai Commission gives artists such as Anicka the chance to take part in this unique opportunity. We want the most talented contemporary artists to know that the Hyundai Commission is the right place for their work, where it can be experienced by the entire world. 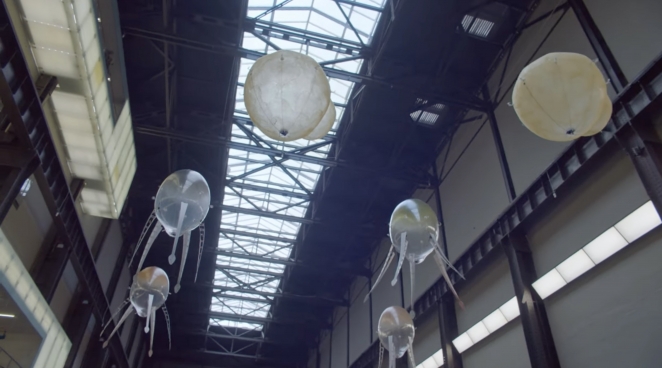 The films went live on Hyundai’s owned channels. We are confident that they will help raise awareness of Hyundai Motor’s partnership with Tate Modern, as well as Hyundai’s global art initiatives.