Back in 2015, Maurice Mikkers made an interesting discovery: different emotions lead to different kinds of tears. A tear of pride has a different composition compared to one of heartbreak, love, sadness and so on.

So at some point last year, as the International Documentary Film Festival was warming up in Amsterdam, We Are Pi decided to partner with Mikkers to put emotions under the microscope, to demonstrate the IDFA's commitment to exploring human connections, stories and depth through their films.

The result is quite extraordinary: a beautiful campaign with a mesmerising collection of different tears, showing a broad range of emotions in the human spectrum. We got in touch with the Pis to get Behind the Idea and learn more about this beautiful creative campaign. 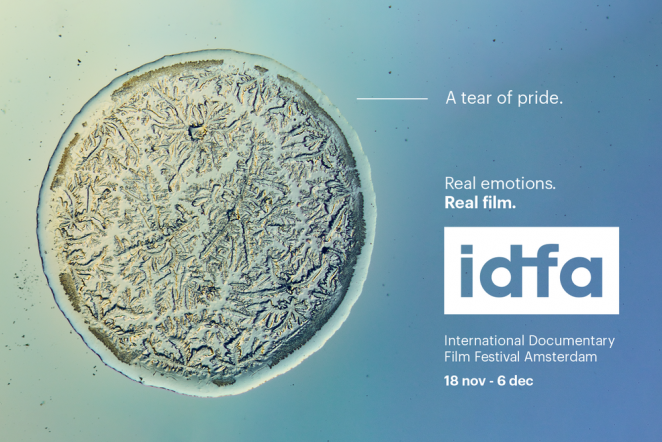 We were asked to make a poetic and artistic campaign to announce the festival while reinforcing IDFA’s role as the leading global documentary festival.

We saw the task as artfully bringing to life the emotional intensity of IDFA docs in a way that is especially relevant in today's world. 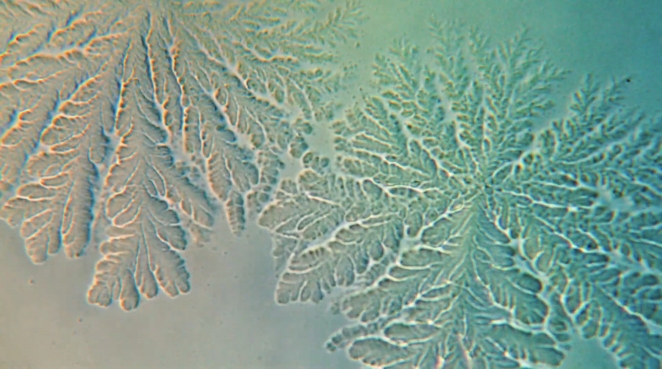 The initial pitch phase was really exhilarating, and we went through several rounds of creative development before landing on an approach we loved.   When you’re working with a client who is best known for their artistic craft, you know the work is going to take you to interesting spaces.

The challenge for us then became being able to capture that artistic spirit, while still being able to ground the campaign in a clear story about IDFA that would make people want to attend the festival. 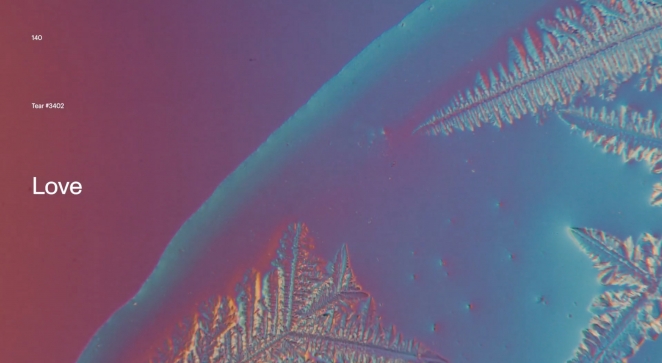 We started with a simple but poignant truth about the festival. If you’ve ever attended IDFA you know that they explore the depths of humanity and human emotion through their films. Each time taking their audience on a rollercoaster of emotions, where we get to experience everything from jubilance to heartbreak.

Once we grounded ourselves in this space, we began experimenting with how we could bring to life the power of emotion in the most compelling way. We landed on the concept of making the emotions that documentary film can inspire into something tangible, by putting them under the microscope. Literally.

To pull it off we partnered with Maurice Mikkers, who had previously studied tears under the microscope, and made the discovery that different emotions lead to different tears. Together we created the artful campaign to bring to life the real and diverse beauty of our emotions. 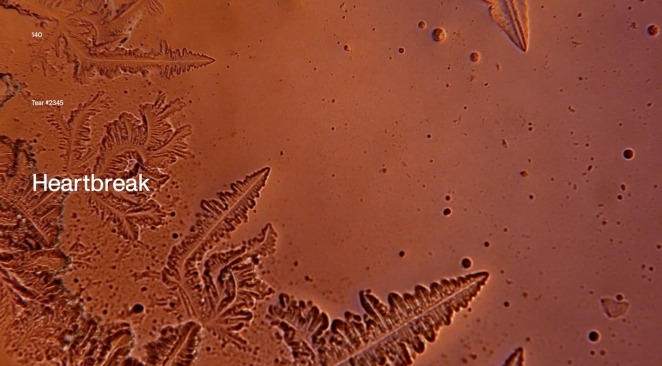 The production process was exciting and slightly nerve wracking. It’s not like a typical shoot where you have a lot of control on what you’re going to get. We set out on a hunt to collect hundreds of tears from people using tear collection kits and used vintage microscopes from the 80s that we rigged up to a modern camera setup. Everything felt like a creative experiment, and so even while we were in production the final result felt like a bit of a mystery.

The idea to use tear extraction kits to collect tears was a tricky one. Turns out it is pretty difficult to allow yourself to feel something, cry and then immediately stick a big plastic tube into your eye to extract the tear.

Another thing that was funny is just how long it takes for a tear to dry. Every shot you see is of a dried and crystalized tear. So we literally sat around for about half an hour each time to wait for the crystallisation process to happen before we could shoot. It was like 30 minutes of utter boredom staring at a blob of water on a screen and then instant ‘action stations’ when it finally started to dry. 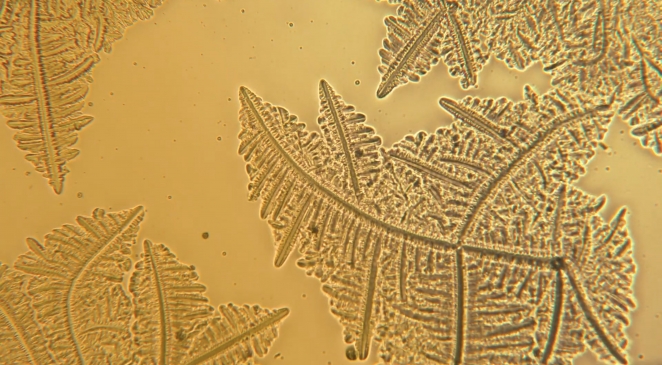 The main message was really an invitation. We wanted to share the emotions of IDFA’s audience back with them. To show them just how real and beautiful our emotions are, and to invite people to experience that beauty with us at the festival through the power of film.

IDFA documentaries are intensely moving, because they portray real life. The campaign brings to life the depths and tangibility of the emotions that these artful films provoke. The festival brings together artists, filmmakers and audiences to share these emotions and real life experiences at a time that is more emotional than usual.

Emotions are fleeting and intangible things we experience, not something solid we can hold on to. So to us what made this campaign so unique was that we found a way to make something notoriously intangible into something not only tangible, but also beautiful.

From around mid June until mid October, so about 5 months.

Help IDFA unlock its brand potential. Not simply as a festival for film maker showcases but as an artistic institution in its own right, with its own artistic voice.

As one of the global economic hubs and one of the key cities in America, New York City was hit rather hard by the Covid pandemic. Yet the resilience of New Yorkers is legendary and the city folks have always been ready to rebuild on the ashes of a...

Traditionally, theatre advertising campaigns have been OOH. So what do you do when a pandemic forces theatres to close and makes outdoor advertising temporarily out of fashion? Dewynters' answer was to create a new trailer for a unique campaign that...