In all honesty, this is probably the best thing you'll see today.

In our lives we all got used quite fast to how eccentric, creative and unique music videos can be. They always push the boundaries, going the extra mile to surprise us with daring shots, absolute crazy ideas and a whole truckload of quirkiness. This music video by Great Guns, directed by Calum Macdiarmid, proves that much and even more, showing a Jack Savoretti as he travels around town on a perfectly autonomous shopping cart.

To learn more about this laid back and effortlessly cool project, today we are getting Behind the Idea following a chat with Calum himself. You can watch the music video here. 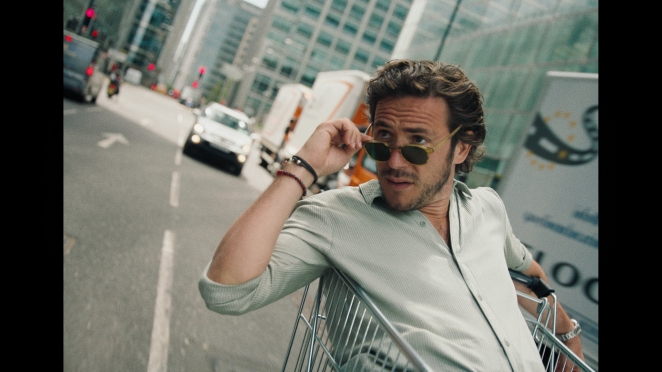 The brief was simply to make a video for Jack that felt almost more like a film than a music video and feel a little chic with a relaxed holiday feel.

This idea was inspired by an ambition to create a relaxed ‘don’t give a f*ck attitude’ that the audience could revel in. I love it when you get that sensation from watching something completely immersive that feels like its breaking all the rules. I was trying to think of heady days moments when I hadn’t given a fuck myself - and one moment was being a drunk teenager being pushed about in a trolley. To make it more interesting I decided to make the shopping trolley magic and then the idea began to take on a life of its own.

The emphasis for Jack’s album was this laid back Mediterranean feel of his Album… it wanted to feel like a holiday. The artist couldn’t travel, so instead, I liked the idea that Jack was bringing the Mediterranean vibe to the UK. In the end the location didn’t actually look particularly British but the idea of him being from a different place - even on a completely different emotional plain - from everyone else carried through and added loads to the concept. Having found that attitude I was then able to explore it and play with it- like the interactions with the till woman and the boy racers, or simply raising a drink to the sky at sunset. 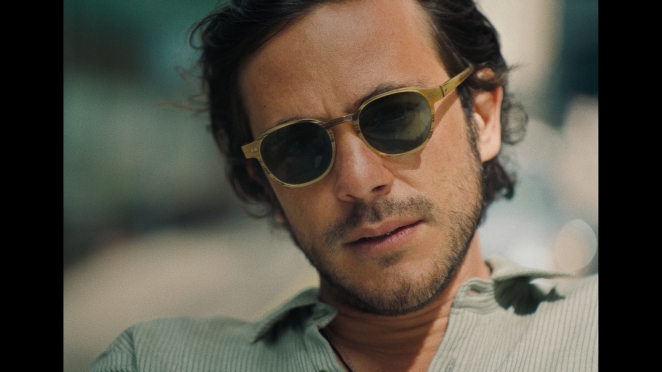 We used a mixture of processes to get our trolley shots, which involved building two different types of remote control trolley, a low-loader around Canary Wharf, with Jack mounted in it, and the good old fashioned trolley with wires pulling it.

The hardest bit was finding roads we on which we could put a pop star driving a self-propelled shopping trolley. We needed private roads for a lot of those scenes due to insurance, and that put us on the road for weeks in search of places… often to find them being booked up the second we had arrived there. 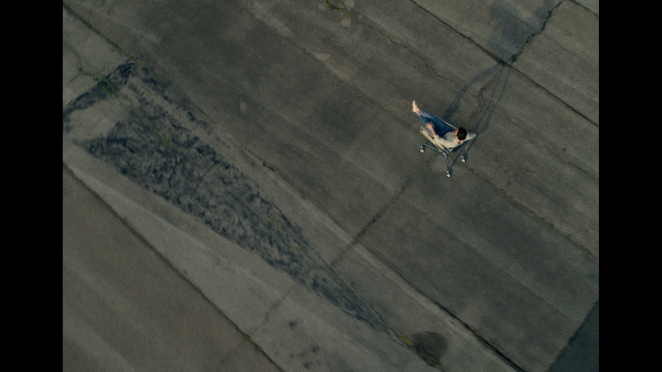 What is one funny or notable thing that happened during the production of the promo?

There were a few little details on the shoot that captured the absurdity of the concept and made me chuckle.

One was watching our Great Guns promo producer Tom Morgan struggling with a malfunctioning remote control trolley. He had kind of fallen in to being responsible for the trolley – he acquired this new skill quickly out of necessity, and was definitely the best out of the lot of us at operating it so committed to the roll. At some point the trolley malfunctioned and started having some kind of fit, jerking around uncontrollably on its own.

We only had one of these trolleys and it needed to be treated gently so I’ll forever have this image of Tom looking like a failed doting father as he tried in vain to gently coerce this mad renegade trolley which had thrown off the shackles of its master. 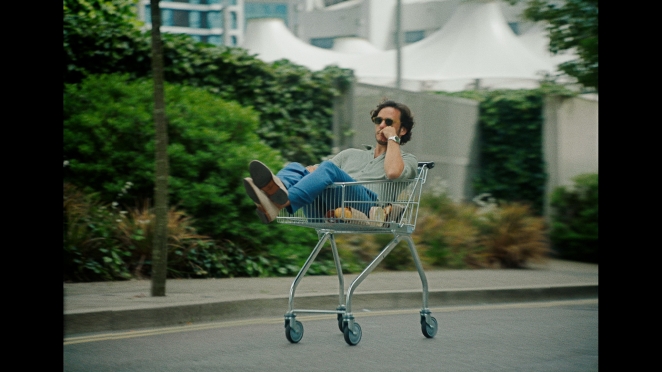 What’s the main message of the music video and why does it matter?

I like to think the message combines the ideas from a variety philosophers and literary genius who are concerned the ultimate existential conundrum… and answers it with: ‘chill the fuck out and enjoy the ride.’

The turn-around on this was very fast - one week to pitch the idea, and then four weeks after the sign off to drop the finished film for the launch of his album. 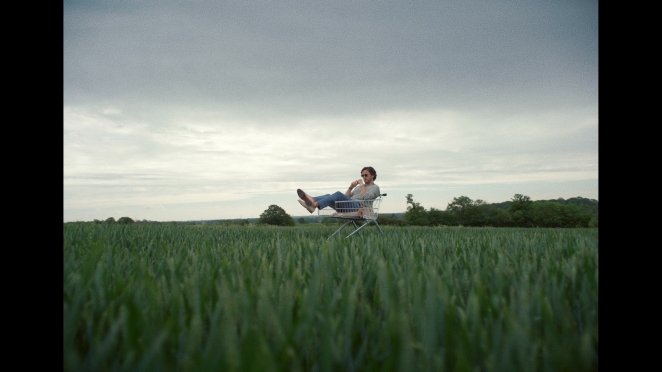 What do you hope it achieves for Jack Savoretti?

Usually with a video you hope it gets shared around and creates a buzz for that artist but with this one I’m hoping it sets a tone and a character for Jack that I hope he returns to at some point as I find it as I find it charmingly absurd and captivating.

Credits for the video?