The Barbican has just launched an exhibition about the most influential art school of the twentieth century, the largest to take place in the capital in the last 40 years. That art school is of course Bauhaus - think tubular steel furniture, primary coloured triangles and the fundamental modernist desire to change the world.
Bauhaus was a brief era of light sandwiched in between two horrific world wars. It existed for 14 years in three different locations. The Barbican reveals the ideas, work and people whose commitment to creativity still remains relevant today.

The school was founded in 1919 in Weimar by the architect Walter Gropius, who believed that artistic ideas and technical skills should be developed simultaneously. The students first explored colour, materials and form before moving into a specialisation such as metal, wood, clay, weave, sculpture or print. 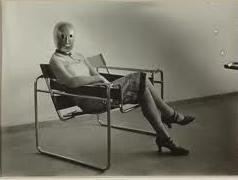 Expressionism was the first big influence on the Bauhaus students, this then moved onto De Stijl and Constructivism.

Amongst the students were aspiring artists Paul Klee, Wassily Kandinsky and Laszlo Moholy-Nagy. 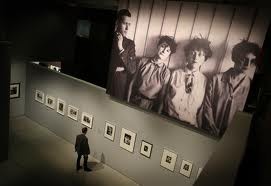 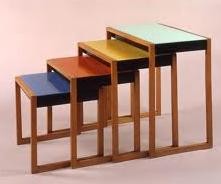 The Barbican explores these lesser-known products of Bauhaus as well as works made as gifts between the students and documentation of the exuberant parties which happened there.

If you think you had fun at art school you can but imagine what being a Bauhaus student was like, Johannes Itten for example, began each of his classes with compulsory gymnastics. 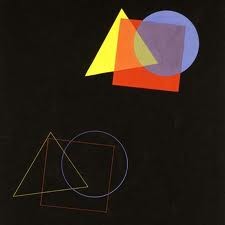 The final Bauhaus school was situated in Berlin from 1932-1933, a short-lived affair as Adolf Hitler's attack on Modernism forced the closure of the third and last Bauhaus which was by then being run by Ludwig Mies van der Rohe.

In 1933 the art school was found to be "degenerate" by the Nazis. 61 of it's teachers and students were arrested, textile students Otti Berger and Frederika Dicker died at Auschwitz.

It seemed that Bauhaus was born out of one dreadful war and died in another, but the Bauhaus style will always be sleek, cool and playful and will pay great homage to those who were lucky, or unlucky enough to attend.

Bauhaus: Art as life runs at the Barbican until the 12th of August

Jessica Hazel is a writer, blogger and director of Smoking Gun Vintage