Context is queen - The power of contextual advertising

There’s an adage in online media that you’ve probably all heard a thousand times before - “content is king.” But the thing is, content without context is just words and pictures. If content is king then context is queen.

Situational placement has always been crucial. It’s why you’ll often see THINK! billboards for road safety on a motorway overpass but you’d probably never see them above a fast food restaurant. But a new generation of marketers are attempting to not only take advantage of context but make the context a key part of the content.

This, my friends, is true contextual advertising and it’s definitely got legs.

Let’s hear it for the boys 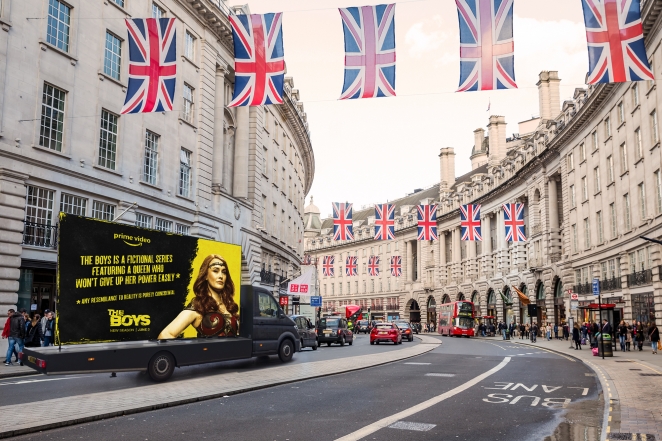 The campaign that kickstarted my fascination with this trend is one that dropped just a couple of weeks ago. Amazon Prime superhero drama “The Boys” is a show about superheroes that unapologetically blurs the line between fiction and reality. It’s a gory, cathartic, brutal and frequently hilarious adaptation of an equally subversive comic book series that is among the best shows on tele right now. I mean, it’s no Succession but it’s definitely up there.

In the week leading up to the Platinum Jubilee, contextual outdoor ads for the series began appearing outside events and institutions across Europe, with headlines referring to everything from the Italian Day of the Republic to Spanish politics, music festivals like Glastonbury, professional football and even the Queen herself. Most notably, however, it took a direct jab at the government’s recent “party gate” scandal on a mobile billboard stationed directly outside the houses of parliament. 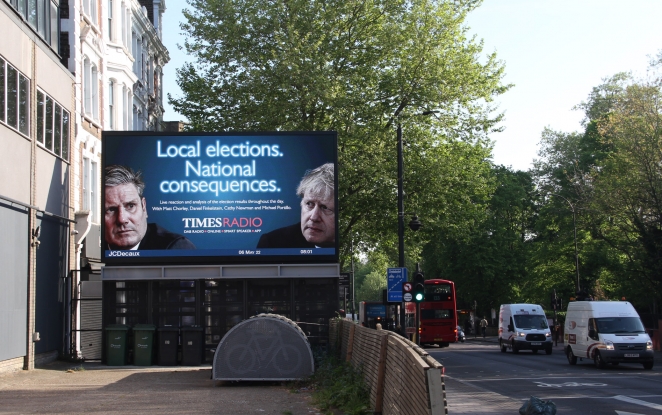 In conjunction with DOOH.com and mSix&Partners, Times Radio is now able to programmatically activate campaigns on digital 48 sheets in key cities across the UK – going live within 8 hours of the news happening. This kind of technology means marketers can, theoretically, create completely reactive advertising that targets individuals with the most relevant content imaginable.

Kinetic and Times Radio have already run multiple campaign bursts over the past few months, with the most recent featuring the vote of confidence in Prime Minister, Boris Johnson, in which ads went live the same day. Previous bursts include a campaign surrounding the breaking Partygate / Sue Gray story, along with ads relating to the local elections earlier in May.

The future of context 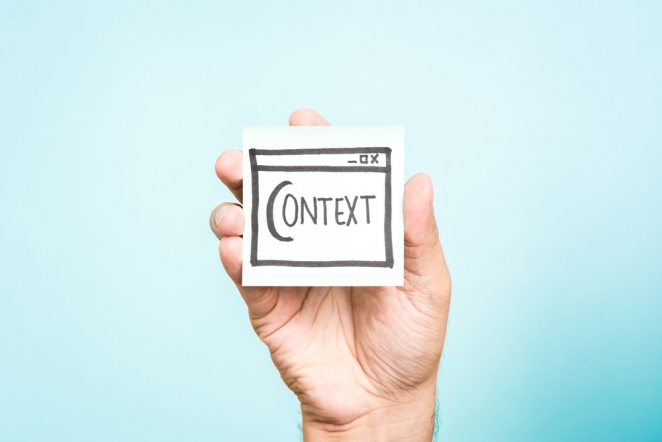 Of course, these are just two examples but, in a world where transparency, trust and authenticity are held in the highest possible regard, they stand as ideal examples of where we could and should be going with contextual advertising.

It’s the natural evolution of targeted marketing and something only really possible in the data age. If wielded properly, it also has the potential to completely revitalise advertising. You heard it here first.