Clarity over cleverness with a rather unique insurance brand | #BehindTheBrand

What's the first thing that comes to mind when you hear the word 'insurance'? Perhaps your first instinct is to rest a protective hand on your wallet. Perhaps it's a bit of anxiety, knowing all the bureaucracy that comes with it. You certainly don't think of something as unique as the Urban Jungle brand.

Urban Jungle does not like jargon and overcomplicating things. A guiding light in the realm of insurance, they aim to be clear and outspoken with all their messaging. The result is an incredibly human brand, powerful and honest at its core, fresh and unique in its identity.

We were surprised by how clever Urban Jungle actually is, despite their interest in putting "clarity over cleverness." Today we are getting Behind the Brand following a chat with Laura Woodhead, Marketing Director at such an exciting and unique insurance brand.

How was Urban Jungle born, and what does it do?

Urban Jungle is rebuilding insurance from the ground up, using technology to make it fair, simple and suited to the times we live in.

We are growing an insurance brand that enables young people to better prepare for their financial future. We’ve started by providing a safety net for their home lives – jargon-free and fairly priced home insurance.

We were co-founded in 2016 out of Jimmy’s (Urban Jungle’s CEO) personal frustration from living in a London flatshare. No insurer would offer him cover, just because of his living situation. Later, when working as a consultant in the industry,  he saw that technology was not being used enough, and customers were too often forgotten and treated unfairly, especially younger ones, so he decided to fix it.

Since launching,we’ve has grown to over 30 staff, amassed over 40,000 customers and raised $22.4m in funding from private investors and VCs

What is one unique aspect of the Urban Jungle brand?

Fairness - we want to change the unfair and outdated habits of the insurance industry by doing the right thing. Unlike other insurers we don’t judge people on things like their age, job, if you rent or not. Others often price on this, or won’t offer cover at all. Can you describe Urban Jungle’s personality in one sentence?

Outspoken, straightforward and jargon-free - we never put cleverness over clarity.

Which was Urban Jungle’s first huge success that you can remember?

Before I joined, but selling our first 1000 policies has to be up there. It’s a complicated industry that moves incredibly slowly, and we were / are doing something drastically different,  so finding like minded partners in the industry to work with and getting something live was in itself a huge achievement. We make sure to celebrate all our successes as we go - but we still have a long way to go to achieve our ambitions for the brand.

What was the biggest challenge for the growth of Urban Jungle so far?

Every time you achieve something the expectations go up - which is a great and exciting challenge to have.

What’s the biggest opportunity for Urban Jungle’s brand in the next year?

Having initially grown based on our Contents Insurance offering designed for renters, we’ve just launched Buildings and Contents Insurance, aimed at homeowners. It’s a massive market (with some big incumbents (with A LOT of ££)) - so there’s a huge  opportunity to achieve our mission to become the go-to insurance brand for young people.

Does Urban Jungle work with an in-house creative team, an agency or both?

We worked on the rebrand and campaign with LaGUARDA, an agency based in Amsterdam, who made our first TV ad last year. What do you look for in a creative agency?

A partner. I used to work agency-side, so I know that this is a horrendously cliche answer! We want to work with experts who push us to do interesting bold work, are straightforward (cut the standard marketing bullshit), can move as quickly as we can and take a test and learn approach. We have aggressive targets so it’s also key that they understand the creative needs to work commercially. LaGUARDA were a great partner for us.

What is one tip you would give to other brands looking to grow?

Hire smart, ambitious, nice people. We put a large amount of time and effort into growing our team, who ultimately are the reason we are able to move at the fast pace we do.

What is your current role about? Any ‘typical’ day?

Not really! My role is focused on all things to do with customer acquisition, heading up the marketing team on deciding how we can scale our current channels efficiently and where we should be looking to next to drive growth. Most recently I’ve been focused on our rebrand and new campaign (both turned around in under 3 months), which launched at the end of July. 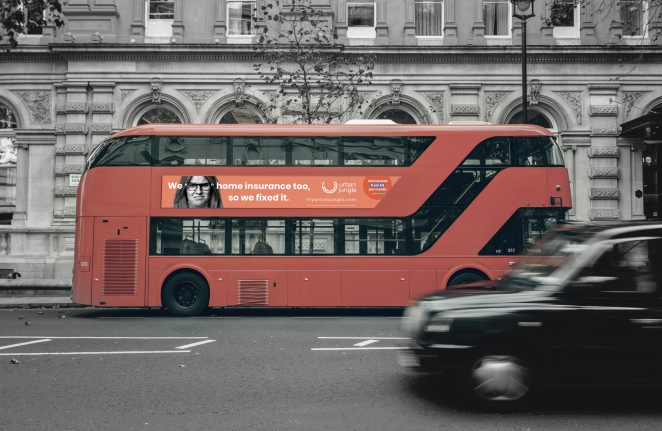 What’s your one big hope for the future of branding?

I think a lot of start-ups / scale-ups are wary of investing in “brand”, sometimes because they have been burnt in the past with thinking built for corporates, or they haven’t seen evidence it can be justified vs pumping cash into the google machine and getting a direct return.  If I was setting up a branding or creative agency that’s where I would focus - working out a way to help showcase the importance and impact of a brand in a way that makes sense to tech founders.

I just finished Originals by Adam Grant  - he’s a workplace organisational psychologist (with a great podcast called WorkLife) but this book focuses on how to create and sell original ideas. Something I’ve also been using a lot is a Whatsapp group of marketing people at various start-ups that was set up by Nicola Anderson (CMO at MyTutor). I highly recommend  creating or joining something like that as it’s such a great way to ask random questions and get help with problems someone might have encountered before, source freelancers etc.

Traditionally, the Army has been mostly regarded as an environment where only men could find their place. Yet, there's an argument that the very nature of the Army makes everything equal; based on that, there's no reason why women shouldn't feel like...

Run For The Hills is a creative design house specialising in interiors, branding and original art. The team is made up of experts in a number of sectors, from property to hospitality and boutique residential - and they decided to launch their very...