With speculation and anticipation rife as Cannes Festival of Creativity approaches, it is only fair that those who can’t go to Cannes, can go to CANNT.

Mr. President partners with creative hub The Hospital Club, to bring you this year’s CANNT Festival. 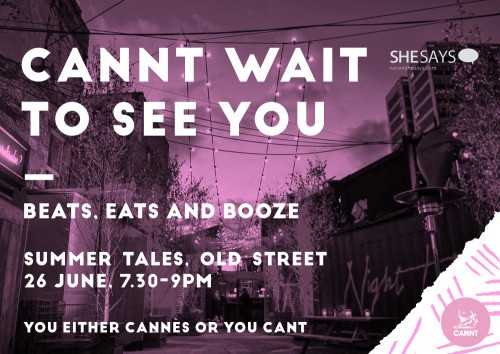 CANNT Festival began after co-founders Laura Jordan Bamback and Simon Gill wanted to bring the spirit of Cannes to the streets of Soho. The week hosts’ five events held over five evenings at five different locations and is for those in the creative industry who help make great work, but aren’t part of the celebrations.

Highlights of the week’s line-up include an insight into the world’s first Instagram magazine with Havas Work Club as well as an Interactive Animation Workshop with Industry leaders: Creative Social, Bernstein & Andriulli and Art & Graft.

Salt TV and Catfish Collective are discussing, ‘Zen and the Art of Paper Animation’ whilst Mr. President invite guests to an exclusive screening of their recent documentary ‘Breaking the Triangle’, which follows the of infamous festival blagger, Marcus Haney, as he attempts to break into a music festival in the Bermuda Triangle. 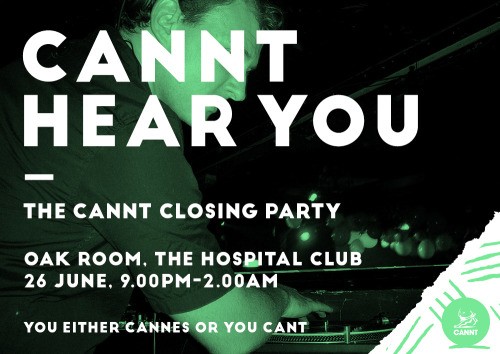 Past events have seen an eclectic range of competitions from pooch-judging in CANNT Crufts to recent graduates taking on Skinny Cub’s 48hr brief. This year, Aerial HQ challenge you to turn an ad hotly-tipped to win a Film Lion into a magical radio script, and will be awarding a set of Beatz Headphones for the best.

At the end of the week, guests are invited for a closing drink with SheSays in Shoreditch and a talk on ‘Diversity in Advertising’ which will ask, ‘Why, at a time when technology is changing the face of the industry, do we still see the same faces day to day?

Finally, The Hospital Club will close the week with a party complete with all the bad 90’s music of Cannes, but without the pale feet and shirts undone one-button-too-many.

The past present and future glories of Shutterstock - #BehindTheBrand

Shutterstock is a name that has slowly but surely become almost as ubiquitous as Google and Wikipedia. The fact it's managed to do so in under 20 years is a testament to not only the flexibility of the platform, but the power of the brand. In our...

The internet has been a pretty spectacular invention but it's not exactly been great for the environment. This is where Ecosia plans to step in and put a very green stamp on the search engine market. The concept behind Ecosia is that it's a search...

How to choose a Copywriter