The Cannes Lions International Festival of Creativity saw the fourth awards ceremony of the week take place last night at the Palais des Festival where the latest set of winners were announced.

In the Brand Experience & Activation Lions, the Grand Prix went to McCann New York for Changing The Game for Microsoft’s Xbox Adaptive Controller.

In the Creative Effectiveness Lions celebrating the measurable impact of creativity, Marcel Paris awarded the Grand Prix for hypermarket chain Carrefour, which defied the law to change the law with Black Supermarket, a place to sell illegal fruits and vegetables and defend biodiversity.

In the Innovation category, the Grand Prix was awarded to Area 23, an FCB Health network company in New York, for See Sound for Wavio, which built a smart home device powered with machine learning to identify sounds around the home and notify the user through a mobile app. Wavio's Avela Hendrix  interpreted live sign language from the stage.

The Mobile Lions, which celebrate device-driven creativity, saw FCB New York win a second Grand Prix for Burger King’s The Whopper Detour, which also picked up a Grand Prix in the Direct Lions this week. The app enabled people within 600 feet of one of the 14,000 McDonald’s locations in America to unlock a deal for a 1-cent Whopper.

Finally, in Radio and Audio, 360i New York won the Grand Prix for HBO’s Westworld: The Maze, an immersive Alexa game.

The Entertainment Person of the Year award was also presented to Lorne Michaels, Emmy Award-winning producer. 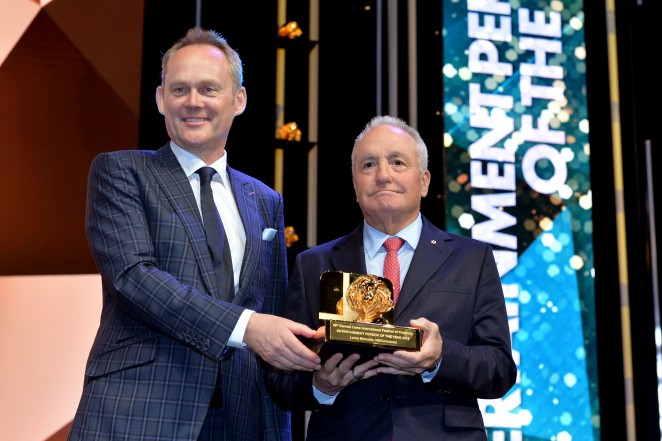