How do you make the next iteration of your main sport game even more interesting for your players? How do you drive large scale awareness and engage with the local communities? Why, with a series of monumental murals, of course.

As Electronic Arts was just warming up to launch Fifa 2021, the game publisher wished to push the Fifa brand outside of the game boundaries and into local communities across the UK. After some consideration, the agencies involved agreed on a series of stunning murals scattered around the nation, which you can see below.

For this Behind the Idea, we are learning more about the Fifa murals from late last year, a monumental campaign that is sure to leave a mark in the history of video game marketing. 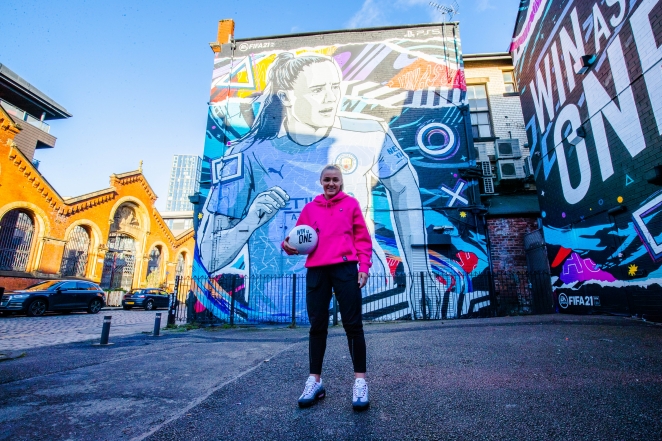 For the release of EA’s FIFA 21, EA tried to “Inspire the World to play” by driving mass awareness, excitement, and innovation. EA also wanted this year’s FIFA 21 to be the most social FIFA ever. We know that football brings friends and communities together, but the uncertainty around Covid-19 made us take into consideration the changes in government restrictions and the impact this could have.

There were 3 core pillars we needed to hit to reach FIFA’s objectives.

We knew from the offset that OOH can reach these core KPI’s and there was something engaging and highly creative we could implement and make this the most memorable launch ever. 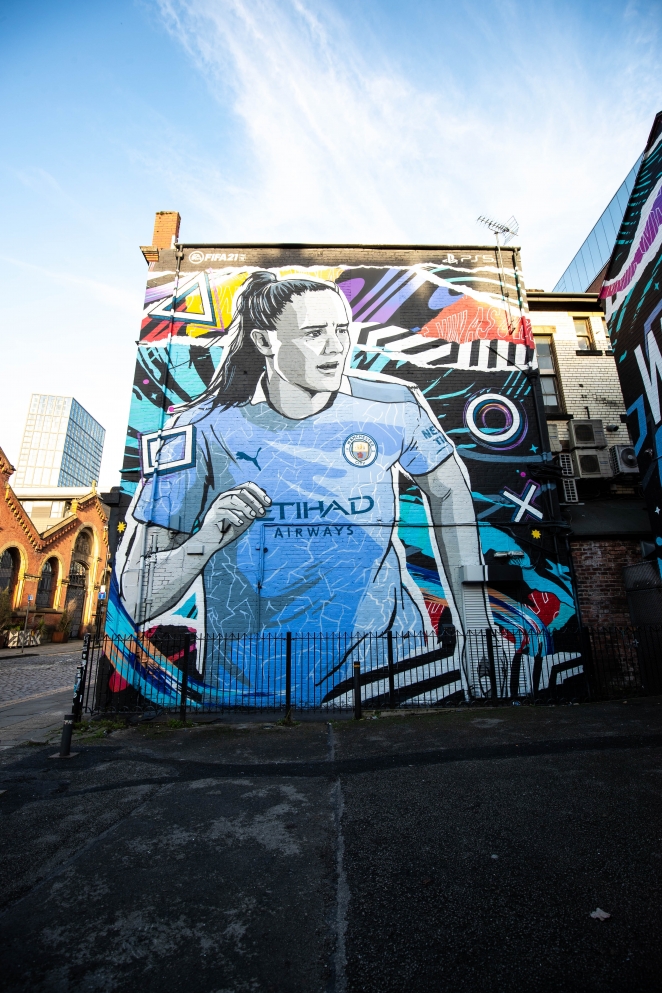 It was very important for us to pitch ideas that encouraged sharable content using an OOH execution which could harness the power of social alongside.

Murals have always been the strongest idea as multiple hyperlocal artworks ticked many of the brief’s objectives. Our starting point was scoping out potential sites in proximity to top UK football teams to target the audience within a contextual environment. At this point, we had no knowledge what talent EA had partnerships with.

Our other ideas that involved physical interaction or potentially encouraged mass gatherings were subject to government restrictions which instantly presented potential difficulties down the line.

With all the creative OOH ideas we put forward, we also knew to include info on how it could be amplified further online. 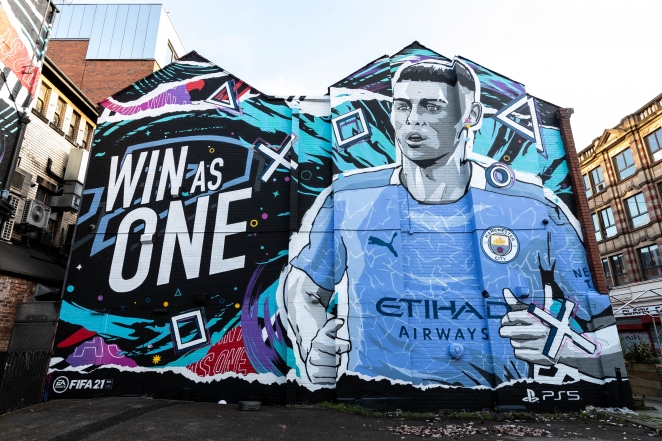 Having worked with murals before, we have seen the impact it generates both in person and online. A creative canvas which offers a multitude of opportunities to be bold and daring but is also highly regarded as part of the community. Murals can achieve organic reach on social via the public snapping photos and sharing online across various platforms.

The social climate caused by COVID-19 and the new normal saw the real importance of communities coming together to support one another. We know murals are that great community piece, plus with the addition of EA wanting to promote the youth / support the next generation of football stars, having these stars woven into the brickworks of a local area is a strong combination of community, pride, and inspiration.

As Scott McRoy’s designs used a very intricate interplay of different patterns and colours, the biggest challenge was ensuring accuracy of placement and composition.  Many murals have one main focal point, perhaps a character or product and negative space or simpler graphic backgrounds. In this case, all graphic elements exist in specific relation to another.

To ensure accuracy on a dense and detailed design like this, we produce a template to scale and then using a traditional pouncing technique to mark out all the key elements ensuring precision in placement and proportion. Once we have done that, we can mark in all the outlines in a neutral colour and then begin the process of filling in. After that, it is all about the calibre and skill of our amazing artists and how they layer colours and patterns and reflect the subtle details within the design. 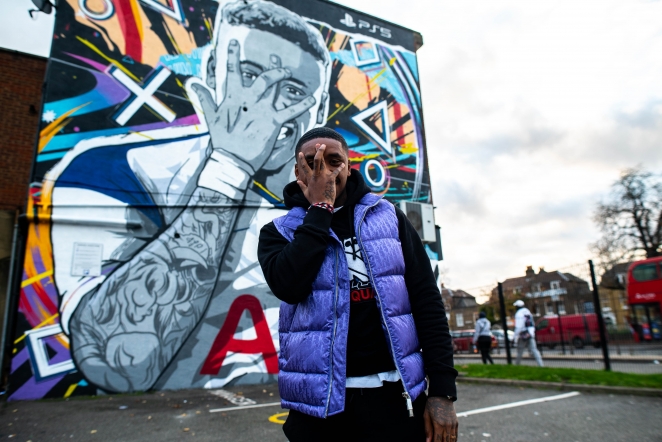 The drone got attacked by seagulls when we were filming the Liverpool mural!

It is unique to see an advertiser on a globally successful product like EA Sports FIFA taking the time to customise its creative and media strategy on a genuinely local level to connect with local fans and communities in a non-cursory way.  Murals require genuine craft which requires more from the client than digital customisation and FIFA’s customers can see and feel that in this campaign. 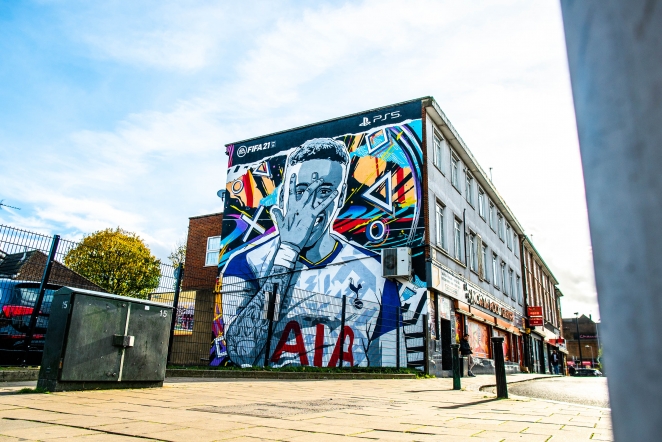 Bringing this idea to life spanned across most of the year. Kinetic & mSix’s proactive approach meant we had various conversations prior to the brief.

Back in March, we took EA through an OOH creative 101. Showcasing best in class campaigns, innovative projects from other gaming clients, and how to make the most of their OOH creative. Key areas we focused on was impact, being contextual, distinctiveness and creating bespoke artwork based on format.

In May, when we received the brief and responded, our idea encompassed what we showcased back in April whilst adhering to the brief.

Over the next few months, we whittled down ideas and evolved the murals offering. By mid-August we finally got the green light.

Production took 5 days in Manchester and 4 days at the other locations.

We hope that during these extraordinary times, EA’s FIFA21 OOH campaign can still have an extraordinary effect on OOH audiences, fans of the franchise and new players. With larger-than-life creatives making use of super stand out locations to showcase some of the top creative work being done by EA and its partners, celebrating the leap to the next generation of gaming. Our ambition is that the campaign is every bit as impactful and enjoyable as the game itself.