Behind the Idea: Where Next for the Glenfiddich stag?

Glenfiddich isn't new to taking risks. Its iconic stag is the symbol of this spirit, the personification of ambition and the will to dare. Space Agency was tasked with bringing all of this to life – and it was no mean feat.

The result is quite striking. The animated stag looks beautiful on screen and it carries all the strength and drive of the Glenfiddich brand. Moreover, what was born as an attempt to reinforce Glenfiddich's placement now embraces a wider, broader range of meaning, all the more strengthened by the Coronavirus pandemic.

Today we are getting Behind the Idea that brought the Glenfiddich campaign to life, following a lovely virtual chat with Liam Nicholson and Cameron Black from Space.

Founded in 1887, Glenfiddich has continually taken risks others didn’t dare to. Our job was to bring this maverick spirit to life, presenting the brand as one continually willing to try new things in order to grow.

Focusing on the key brand assets, we honed in on its most iconic feature, the stag, researching everything about them and quickly becoming “stag experts”. Whilst many thoughts came to mind, it was the annual loss of their antlers and the way they grow back stronger each time, that led us to the perfect metaphor for a brand that continually embraces the unknown to grow stronger.

Using the stag’s yearly loss as the basis for our story, we developed a script that dramatised that feeling of vulnerability, taking him from the comfort and familiarity of the Glen to the uncertainty of the city. With the stag the hero throughout, the concept immediately felt right, giving us a protagonist that not only embodied the brand, but one whose emotions would be universally understood and relatable. 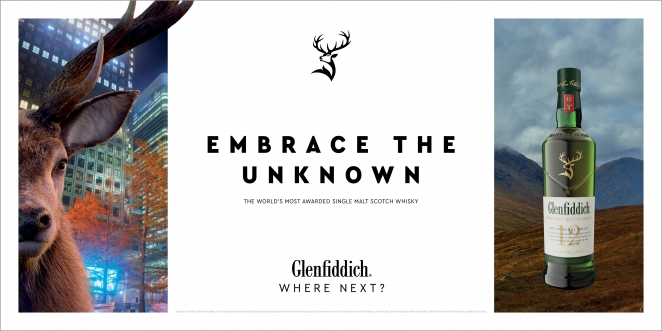 Whilst there were some fascinating initial conversations had with professional deer handlers, it was quickly decided that live action CGI was the best way to go. However, building a true to life animated stag certainly came with its own set of unique challenges, be it how he should run to how his fur should move in the Highland wind. Luckily, the incredible team at The Mill were more than capable of the task, creating a character that delivered all the detail and emotion we were hoping for.

“Personal growth comes from embracing risk”, the belief that only when we try something that makes us feel uncomfortable, can we truly learn what we’re capable of. 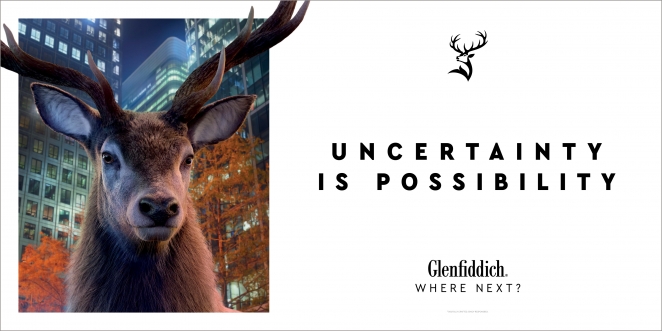 Once lost in a world of “heather and weather”, whisky advertising now increasingly depicts a more contemporary, urban world for a younger audience. Our film uniquely straddles both environments, showing both where the brand has come from and more importantly, where it is going.

For Cam, it’s wandering around a golf course or cooking up something new in the kitchen. For Liam it’s running with his beer running club, listening to podcasts about beer or at the very least, drinking a beer.

Ask for the shit briefs. Everyone wants to work on the big glamorous ones, but the smaller ones can be a great opportunity to create something out of nothing. 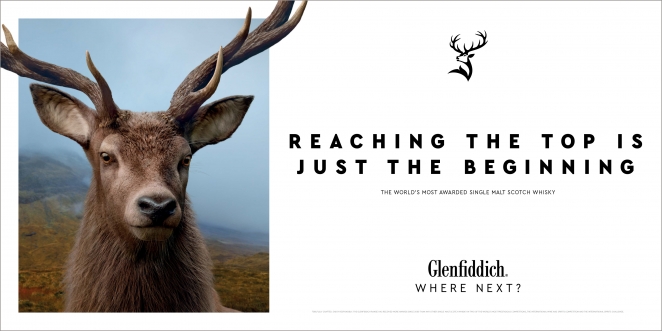 Following an intense, if very rewarding post production process, it took the best part of a year.

When we landed on “Where Next?”, the hope was that it would reinforce Glenfiddich as the progressive, forward thinking whisky it’s always been. However, with the current state of the world, the question feels like it now carries a far broader, more pertinent meaning. The hope is that it inspires everyone to look forward and use fear as a force for positive change.

Behind the Idea: exploring daily rituals with Patek Philippe and Leagas Delaney

How personal can a watch feel? According to Leagas Delaney and their campaign for Patek Philippe, quite a lot. Described as a watch with elegant versatility, the historic Twenty~4 watch was made specifically for women some 20 years ago, and it...

In Time Swept Ruins, All That Stands Are The Strong Foundations

You know us; we toe the line of optimism and realism every day. In the integrated marketing industry, and just as people who operate in the world from a brand strategy perspective, we’ve gotten pretty good at keeping things real, unfiltered,...

Posted by: Rock Candy Media
SHOW FOOTER
Creativepool uses cookies. We will assume that, by using the website, you agree to this.
Read More Accept