Behind the Idea: Homosexuals are Still Revolting

If your first reaction to the headline above was of pure shock amidst some confusion, clearly Martin Firrell and Clear Channel have done an amazing job.

‘Still Revolting’ is a OOH project featuring three artworks by public artist Martin Firrell. Though the Gay Liberation Front was founded in the UK in 1970, homosexuals around the world are still fighting for their rights and this project by Martin aims to put a creative spin on that issue with a simple play on words.

This time around, we reached out to Martin and Clear Channel to get Behind the Idea and understand what brought this project to life. 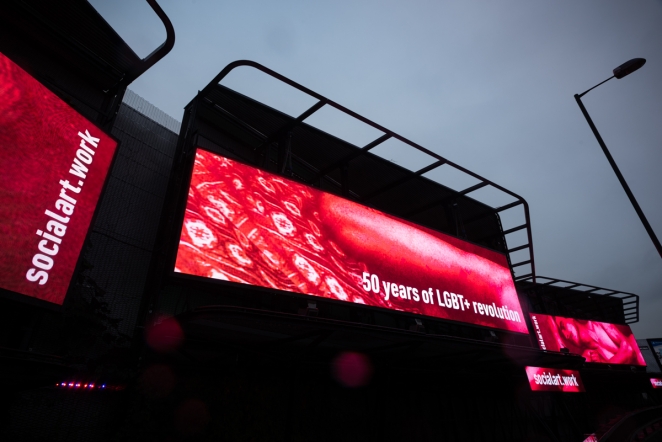 What was your initial inspiration?

The Gay Liberation Front (GLF) was formed in the UK on 13 October 1970. For the first time LGBT+ people demonstrated publicly for equality and security. In effect, the modern LGBT+ equality movement was born at that moment. I wanted to acknowledge that landmark in LGBT+ history. When you honour the history of any minority group you also endorse the seriousness and value of that history.

How did the initial brainstorming work?

Ideas sometimes appear spontaneously and fully formed. It is as if they have been transmitted rather than created. They seem to ‘flow through’ from some other realm. In these instances ideas arrive complete and of a piece. Nothing needs to be added or taken away. They simply have to be executed. On other occasions works have to be fought for, or pieced together one fragment at a time, and these ideas always feel far more ‘man made’ as a consequence and less ‘revealed’. 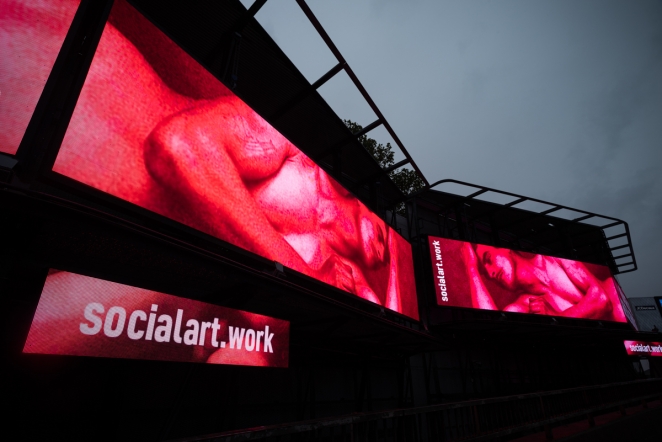 Tell us more about the concept.

The human rights campaigner Peter Tatchell was a founder member of the Gay Liberation Front. I interviewed him about his memories of the GLF and he talked about marching in the early 1970s at Pride, holding a banner he had made which said, ‘Homosexuals Are Revolting’. I asked about the origins of this text and he replied, 'I thought, turn it on its head: people think we are revolting; no, no, we are REVOLTING! fighting back, you know.'

The main message of the artworks is that homosexuals are still struggling for equality and safety. This is evident, for example, in Poland where so-called ‘LGBT Free Zones’ have been declared as part of a wider far right ideology. The irony is that those same ideologists dismiss LGBT itself as an ‘ideology’ in order to disempower LGBT+ identity. Talk about the pot calling the kettle black! 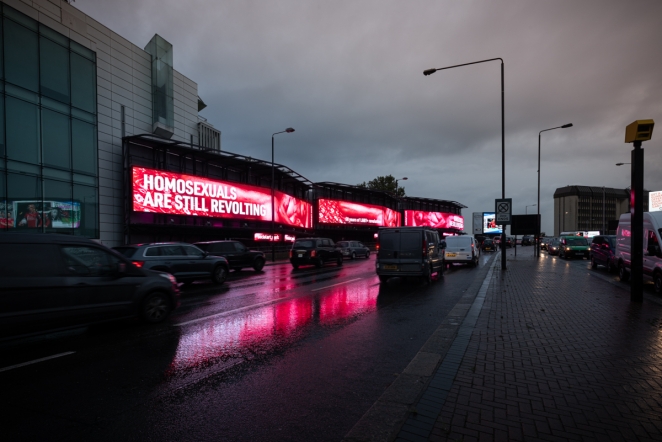 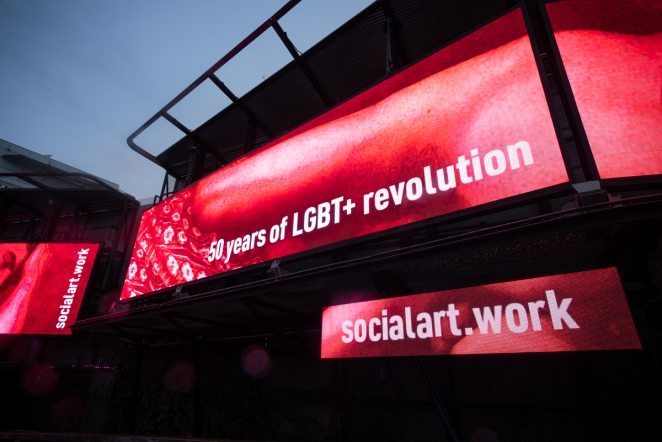 The artworks feature nudity for the reasons above, and this is unique on commercial billboards. The Advertising Standards Authority does not permit advertising that may cause offence and rightly so. But this is not advertising and therefore the ASA regulations do not apply. These works are part of an aesthetic tradition, thousands of years old, of depicting the nude human form in art.

What do you hope it achieves?

All of my work is predicated on the principle that debate is inherently healthy and valuable. If you can raise debate, eventually change will come.

One fifth of the global population lives with a disability, but the world is not designed for disabled people. Even a task which may sound to us as simple as applying some deodorant can be a challenge that needs to be addressed. Which is exactly what...