House of Fraser has always been known for the huge variety of departments available in its stores. With consumers starting shopping early this year due to global shortages, the brand wished to position itself as a top destination for shoppers with countless needs. Whatever you're looking for, you can probably find it at House of Fraser.

With this idea in mind, the House of Festive campaign was born. Partnering with What's Possible Creative Studio, the brand was able to turn around the campaign in about 10 weeks, creating one of the most iconic Christmas ads of 2021. How did the campaign come into being, and what was the process behind it?

Today we are getting Behind the Idea with David Hughes, Managing Director at What’s Possible Creative Studio, to learn more about the House of Festive Christmas campaign.

Christmas has always been a time to shop the high street and get stuck into the festive experience with your local community. The campaign’s aimed particularly at those Christmas gifters who see the Christmas shopping trip as an annual event, buying for all, and so needing the unique mix of brands and departments on offer at House of Fraser.

One of the team at House of Fraser, Stephen Entwistle, already had the nucleus of the idea and had spoken to some agencies but not got anywhere. What’s Possible Creative Studio knew exactly what to do, helping refine the script and developing a modular approach to the ad concept.

We got production, creative, media and client service teams working together to brainstorm the concept and work the angles. The idea of making the ad modular with ownable sections meant we could give participating brands a part of the creative story to ‘own’ as their platform.

Credit to David Morgan, our Executive Producer, he made it run like clockwork. First was the Director choice, Joshua Stocker, who we engaged at pitch stage. He was super involved really early, pre-prod. Supplier negotiations, locations, casting, etc. all worked themselves out over time. 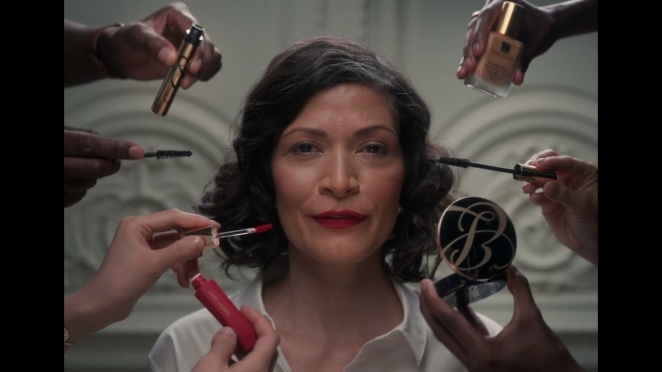 The shoot created content for the TVC, social and point of sale so there were multiple stakeholders on the shoot, so time was a factor, and we stayed late to get everyone’s  content made. Music was a source of contention; vintage means different things to different people. We eventually composed something, but there were definitely some opposing views from all sides (client, agency, and director). The client won as ultimately it was their concept!

Having to go to Covent Garden market at 5am to get more eucalyptus for the opening scene! 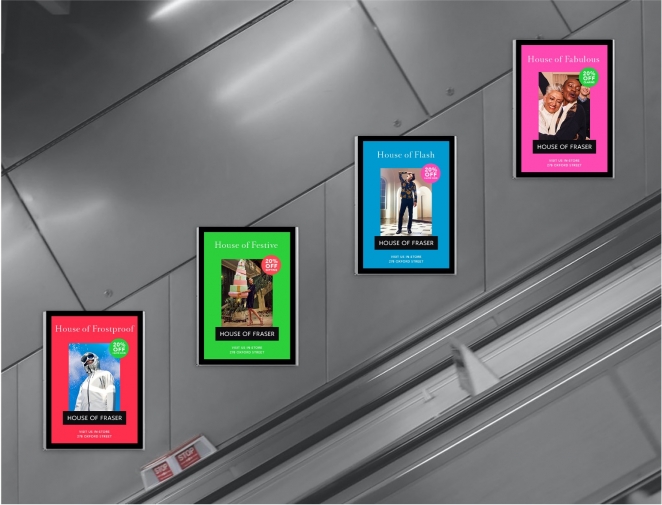 Make Christmas special. House of Fraser is the house of feeling festive, enjoy finally being back together with your loved ones.

Reposition it as the beating heart of the high street and the heart of its customers, putting it front and centre in the quest for festivity. 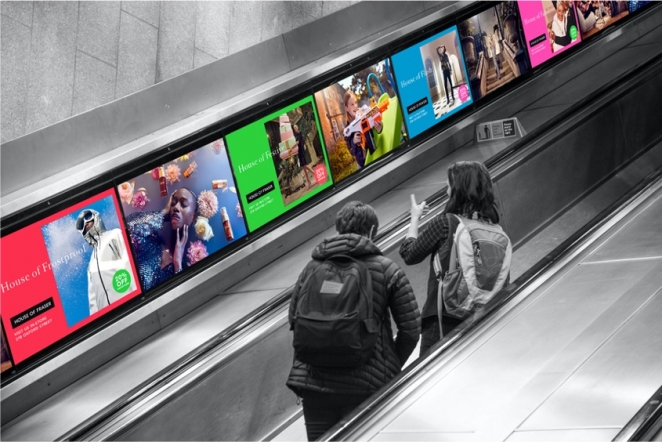