A Whopper of a Reply!

You can always count on a good burger to help you smile. In a world shaken by a pandemic, Burger King has already distinguished itself a few times – the most recent being just last week, when the company encouraged its customers to order from McDonald's and other competitors to save the fast food industry.

The fast food giant isn't a stranger to similar stunts, but it was losing touch with its customer base in Denmark – meaning that the company had to find a way to reignite that sparkle and connect with its audience more. And what better way to do so than offer a free Whopper... to everyone on the McDonald's social pages?

For this Behind the Idea, we had a chat with Lars Samuelsen, Chief Strategy officer & Creative Chairman at the Grey Group, to understand how they turned McDonald's customers into Burger King lovers.

Burger King had been losing relevancy in Denmark – young people especially weren’t connecting with the brand. Burger King, of course, wanted to change that, but they understood that it couldn’t happen overnight.

Instead of providing a specific brief, Burger King created an ongoing briefing platform based on four brand pillars. We were given the freedom to continuously come up with ideas as long as we acted within at least one of the defined areas. Additionally, every idea needed to either drive sales and/or advance the customer experience.

This approach set out certain ground rules but gave us the freedom to play around within the parameters and go nuts with ideas. All along we knew it needed to have the “Burger King” feel, and when we came up with the idea for the “The Whopper Reply” it immediately felt right. 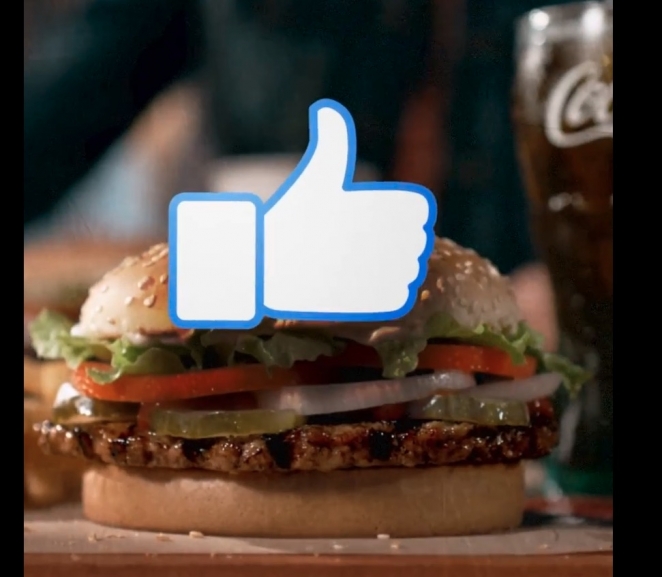 With a very open brief, we started to explore in all kinds of directions. Our creative team was browsing through McDonald’s Facebook account and was surprised by how bad the brand was at responding to its customers. Most customer requests and comments had been left unanswered for years.

Looking at Burger King’s accounts, we realized that we weren’t doing much better. We too had been neglecting our customers online and had forgotten to interact with our audience on Social Media. Time to change that! 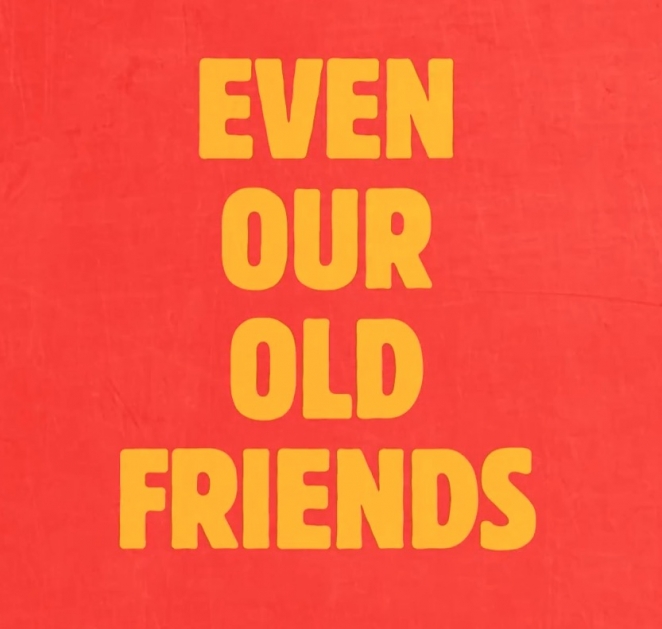 When we looked closer into the issue of digital customer service, we found an interesting conflict: while the industry as a whole was really bad at engaging with its audience, consumers were actually overly engaged.

Interestingly, the fast food industry has one of the highest engagement rates. Especially in the burger community, people love to talk about and interact with their favourite brands.

There was a powerful conflict here, and we had the chance to address it. Not only did we want to improve our own service, we wanted to set a new industry standard. What better way to do so than to help out others?

As a result, we created “The Whopper Reply”, where for one full night we went into McDonald’s Danish Facebook pages, replied to all unanswered messages and questions and gave away a free Whopper with every response. 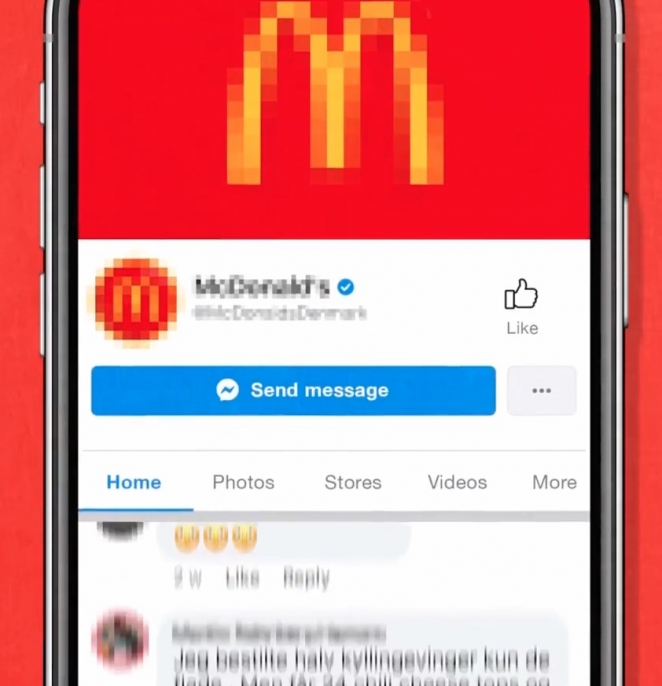 The process was divided into two steps.

Before we could take over McDonald’s Facebook pages, we had to make sure our own house was in order. So, we went back as far as Facebook allowed us and reacted to every unanswered enquiry on 40 different local Burger King pages in Denmark, resulting in more than 2,000 comments. Along with every answer, we gave away a free Whopper to make up for the late response.

Game Night. Now it was time to help out friends at McDonald’s. A dedicated team of 17 people took a full night to sneak into McDonald’s Facebook account and answer more than 1,000 comments on 63 local pages.

We created a system which allowed us to use pre-defined responses tailored to customer’s enquiries. This process allowed us to move at speed.

All along, our biggest fear was that Facebook’s algorithm would shut us down, which would mean the end of the stunt. Luckily, this didn’t happen until the early morning hours, after we had been commenting for six hours straight. 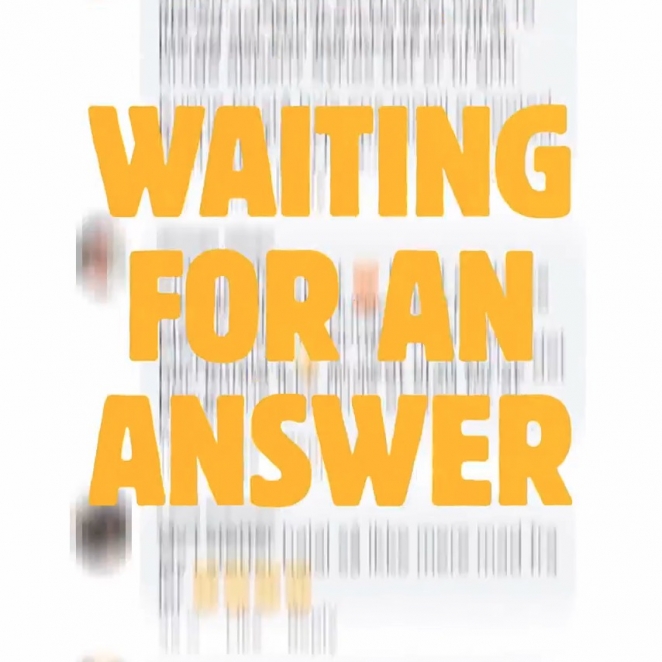 Two things. First, we needed to show appreciation and value to our customers. We cannot take them for granted – that’s as true for the fast food industry as it is for any other sector.

And second, it’s about putting a smile on people’s faces and having a little fun. In a world,that is shaken by a pandemic, and numerous political challenges, we wanted to stir things up and make people smile. 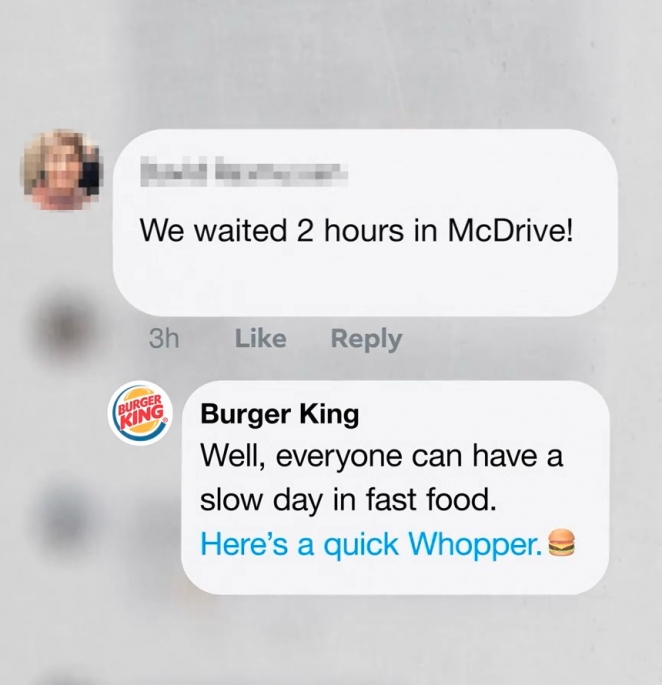 McDonald’s and Burger King have a long history of playful mocking. This is another great example of that relationship. Wanting to bring Burger King back on the radar of Danes, and especially a younger audience, we could connect in a very different way to traditional commercials. Involving the customer directly and showing that we appreciate them has resonated very well.

Additionally, we communicated in a fun, playful way, while admitting we’re not perfect ourselves. This tone of voice was especially effective with a younger audience. 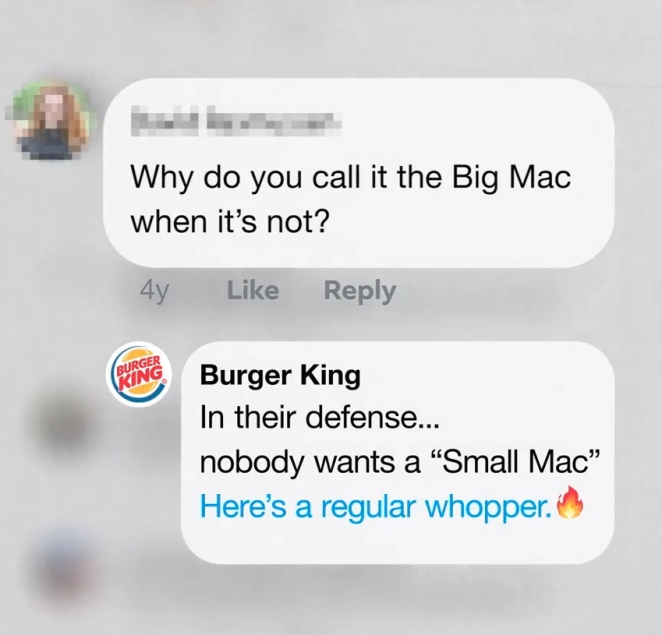 Sneaking into McDonald’s accounts was a bold move. Going into a competitor’s social channels to answer to their consumers was something that had never been done before.

We basically went into someone else’s house, trying to provoke their guests. That’s why it was so important to us to stay polite and show appreciation for McDonald’s, after all who would Burger King be without them?

On top of that, we aimed to raise awareness for an industry-wide problem and improve digital customer service standards across the board. Burger King has committed itself to a heightened social media activity, and we hope the rest of the industry will follow. 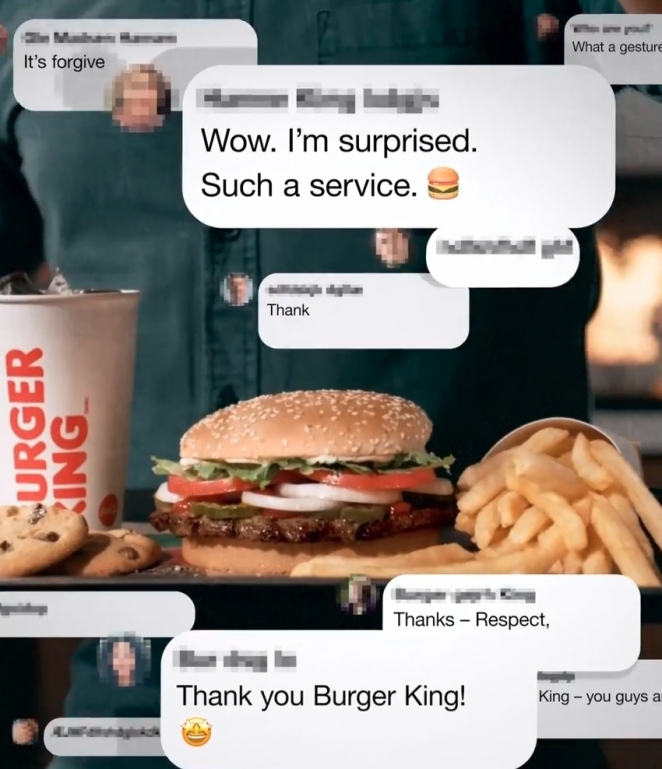 After having pulled an all-nighter, I could see an exhausting yet incredibly happy team walking through the office. Imagine the sneaky-happy feeling you had as a kid when you played a little prank on your siblings that you had planned for weeks, and it played out exactly how you imagined it. Well, that’s what it was like.

To see Burger King and McDonald’s lovers equally praise the campaign, and to get an overwhelming amount of very positive media coverage from industry-leading publications, only showed that we had done it. So yes, it’s very satisfying.

Behind the Idea: Where Next for the Glenfiddich stag?

"Personal growth comes from embracing risk" Glenfiddich isn't new to taking risks. Its iconic stag is the symbol of this spirit, the personification of ambition and the will to dare. Space Agency was tasked with bringing all of this to life - and it...

There is clearly a problem with representation in the creative industry. With mostly white males and females holding a position of power, Asian, Latinos and Black creatives are very few and far in between. This leads to a plethora of underrepresented...

When will the industry recover from the COVID-19 crisis?

Being one of the world’s largest creative communities, Creativepool is in a unique position to understand to what extent the creative industry is recovering from the COVID-19 outbreak. We had the power to make a difference by asking about the...