Rolling Stone has always been a brand ready to stand up for social causes. For too long our society has been used to the myth of "super-moms", by which family sacrifice and struggles were not shared but cherished for the female figure, thus leaving most of the family load on the backs of mothers.

The pandemic was a chance to take a step back and reconnect with the inner truth that mothers worldwide are the true rockstars – often not celebrated enough for all their achievements. From the need to celebrate mothers worldwide was born Rockin' Mamas, a campaign with much heart, crafted by the talented folks at VMLY&R Italy.

Today we are getting Behind the Idea following a chat with Nicoletta Zanterino and Cinzia Caccia – Creative Directors at VMLY&R ITALY. 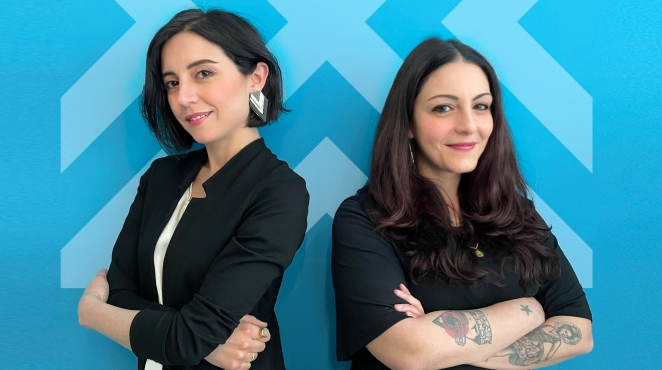 The brief behind “Rockin’ Mamas” was…well, our current life itself. It’s a campaign born proactively out of passion: looking at all the amazing women we’re surrounded by, we really felt the urge to raise awareness on the challenging situations mothers all over the world have been facing due to the pandemic outbreak. Since 2020, they have juggled remote working and distance learning, night feedings, endless video-calls and most of the family load: an unbearable situation widely known, but not acknowledged enough by a society that often celebrates mothers’ sacrifice as if it was a point of honor. We observed our sisters, friends and colleagues every day during these last two years and realized that mothers don’t need to be celebrated: they want to protest against this utterly challenging situation. Therefore, we decided to voice out to their cry of rebellion.

We came up with the idea of “Rockin’ Mamas” in the most natural way: we were on a call – of course – and talking about some colleagues of ours we observed “Mothers really live the ultimate tough life, these days”. Suddenly we realized that was an undeniable truth under everyone’s eyes, but no one was talking about the issue. So, we started brainstorming to find the strongest creative execution for this insight. 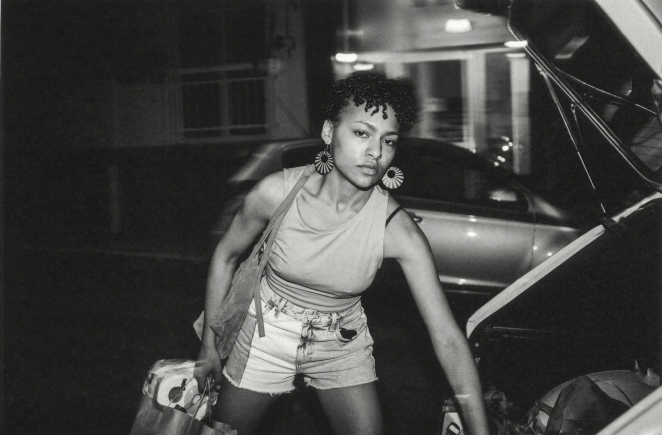 Mothers’ lives are made of sleepless nights and days full of excesses, they are the ultimate badasses: that’s why we came up with the idea that today’s real rock stars do not perform on stage, they put on a show every day in their homes. The mothers around the world are the true rock stars. We knew we wanted to portray their life, put it under the spotlight by using a realistic, raw, unglamorized language, away from the advertising stereotypes and ​​the “super-mom” myth society would want for them.  We decided to create a true rock ode, that could express all the rage mothers are feeling, globally.

We shared the idea with our CCO Francesco Poletti, who believed in this project since the very first call happened at 11 p.m. We realized the perfect Brand to give voice to our “Rockin’ Mamas” was Rolling Stone: a music icon of course, but also always in the forefront to fight battles that matter. Thanks to Francesco we could quickly arrange a call to present the idea to Rolling Stone Italy; their response was immediate and enthusiastic, “Let’s do this!”. At that point, we had the idea, we had the client who loved the idea: the real challenge was finding a way to turn that idea into reality.

Talking about this campaign, Francesco once said, “Ideas that don’t find obstacles exist: Rockin’ Mamas is one of them.”- and he was definitely right: we shared the “Rockin’ Mamas” script with genius director Ali Ali and Annalisa De Maria, Executive Producer from Movie Magic International, who also both fell in love with this project. These were also the rock stars who made this happen: without their huge talent, passion, energy and support “Rockin’ Mamas” might have never seen the light. A big shout-out to Operà Music, this amazing team not only composed the soundtrack, they curated every detail of VO recording and sound design. And above all thanks to Barbara Ruscio Levi, our amazing Business Development Director, who coordinated this heroic team throughout a crazy production between Greece, Italy, Egypt and UK - making it look way easier than it actually was. 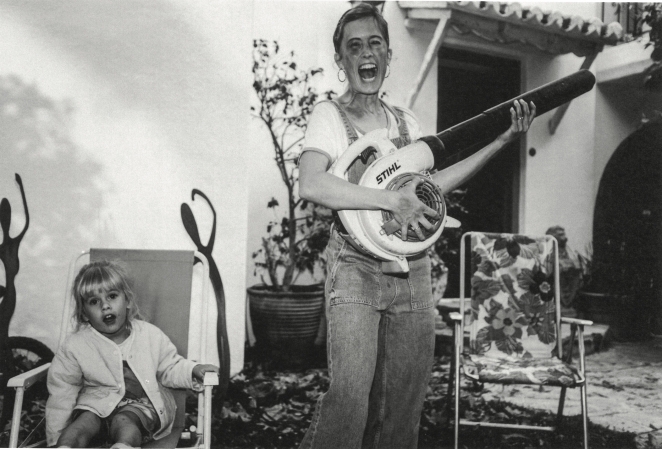 We must say, we were all really obsessed with perfectionism during all the stages of this project. The Sunday morning before the film went on air, our group chat resonated with an urgent request: it was Ali Ali himself, asking the team to print out the humongous number of pictures he had taken on set with his digital Leica. He wanted them printed, scanned and back to him within the day after; this because he felt the need of having a more realistic and dirty effect in the crafting. Since it was Sunday (and Bank Holiday in Italy, ndr), we knew we had to do it our own so we, art directors, printed and scanned something over 300 pictures by hand, one by one at the unique open print shop in town. For the same reason, we crafted the line and all the copy ads of the campaign by hand, to make it as realistic as possible. Uh, when it’s called passion!

Also, we kept making fine tunings to the VO basically 3-4 times a day during the shooting until the final recording – on our laptops there are more than forty files named “Rockin_Mamas_new_version”.

It was also super interesting to shoot not with actresses but with real life mothers from different countries around the world, including the English singer DeeLayDay who gave her powerful voice to our project: when we recorded the final VO, she was in studio with her crying baby right next to her. Everything was very raw, very real and extremely beautiful.

We believe that “Rockin’ Mamas” is a campaign born from a specific need, in a specific cultural context and that’s why it has been perceived as so relevant from the audience. But at the same time the pandemic outbreak intensified a situation that was already going on: in countries like Italy, women carry out most parts of child-care and of the housework tasks. The coronavirus has only made things worse, giving us the chance to brutally highlight some mothers’ challenging situations. 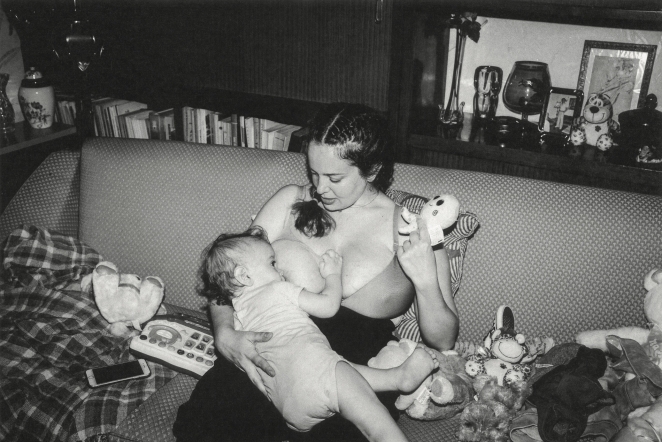 Its brutal honesty, we’d say. We wanted to set this campaign apart from the typical representations of mothers in advertising, and that’s also why we worked with real moms and their real children. Every scene in the film is like a frozen moment in day in the life of a mom: disturbing, raw, human moments, exposing everything - skin, emotion, puke, ugliness, beauty. These women are crying their rebellion out, not complaining or feeling caged in some sort of saint imagery. We wanted the VO to sound tough but also ironic in a way: the kind of speech a real rock star could write.

Behind this project there’s a truly epic adventure: we created the campaign from scratch basically in one single month. Working from home, with all team members working from different countries: from day to night, it was a crazy full immersion of writing, casting, shooting, re-writing, recording, editing, re-editing, music composing…Whatsapp should probably be in the credits list too, because 70% of this campaign took life in our never-ending chat groups with agency, production crew and client. 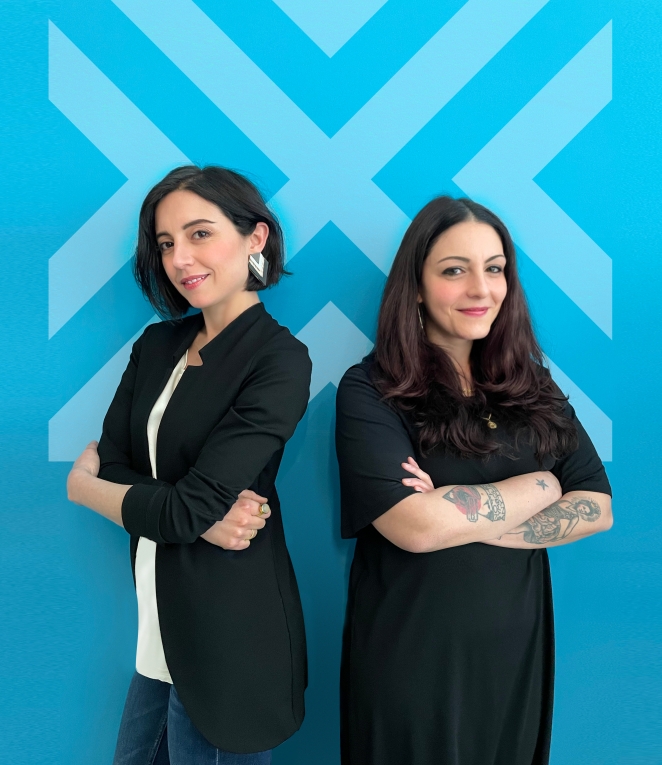 As we said before, Rolling Stone has always been a brand ready to stand up for social topics and use its voice to amplify powerful messages. We hope “Rockin’ Mamas” could further increase the social relevance that an iconic brand like Rolling Stone already has.