YouTube and You: are you doing yourself out of a job?

“That’s the power of social media” – that’s what they keep telling us. Yep, social media can indeed be harnessed and used to great effect by an enormous range of businesses – from sole traders to multinationals.

For some of the general public, social media can even be their first port of call for information. I daresay that many people last week heard the breaking news about Nelson Mandela’s death via Twitter rather than on TV or the radio. Commercially speaking, companies can engage with and be “liked” by their audiences on Facebook – or they can use it to run promotions and competitions. YouTube is also a fantastic platform for a company (or personal) showreel without the expense of distribution or transmission.

But I also think that some businesses use YouTube to their detriment. Let me explain. This week, I’m moving into a new house. The carpets are pretty shoddy but livable in all but one room (Lord knows what the previous owners’ teenage daughter was up to in there), so I trotted along to a carpet shop and picked out a new one.

Now, a few years ago, I wouldn’t have thought for a second that I could fit it myself. I’d just expect to pay the 40-odd quid per room to have it fitted. But that’s where YouTube came in. After a few seconds of searching for “how to lay a carpet”, a whole host of videos appeared telling me absolutely everything I needed to know.

By and large, these instructional videos were posted by small companies and individuals. I couldn’t help but wonder what on earth they were getting out of it, apart from possibly the enjoyment of being videoed and showing how great they are at carpet fitting.

The videos are free to view, so there’s no revenue coming in. Whether five people or five million people view it, that doesn’t make any difference. They aren’t giving a taster or teaser, just doing one part of the installation so that you have to call them to do the rest; so they aren’t acquiring any customers. All they’re actually achieving is educating the DIY-ing public for FREE, and subsequently doing themselves (and others in their field) out of a job.

Granted, there’s nothing new about DIY books, DVDs, videos and all other manner of instructional/advice materials – all of which give the non-expert the knowledge to be able to do X task on their own without the expense of hiring a professional. But crucially, none of the above options is free (well, OK, let’s leave libraries out of this).

As for my own sphere of copywriting, of course I have read many books by the great copywriters, marketers and advertising gurus of our age. And yes, I have learned a lot from them. But they’re not doing themselves out of a job.

Naturally it’s in my interests for all these DIY instructional videos to exist on YouTube; I for one don’t want anyone to stop posting them. But I really don’t see what’s in it for them.

If anyone can enlighten me, let me know. Or if you’re feeling adventurous, you can email me a YouTube video about it… 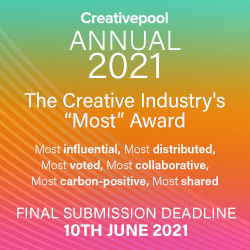