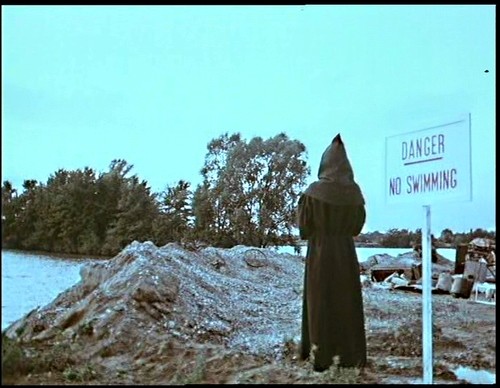 What is the last taboo in advertising?

It's a nice sentiment, but perhaps a little too idealistic. In these risk-averse times corporate marketing rarely troubles accepted creative boundaries.

Which is a shame, because some advertising taboos are just waiting to be broken. And, thanks to the rather surprising Corsodyl campaign, one just bit the dust.

For those of you living in a cave just outside Powys, this clip has no pack shot, no testimonial and no-one sloshing their cakehole with the titular mouthwash '“ just a comely young lady standing in a field.  Standing in a field STARK FLIPPING NAKED. The reveal shows she has lost a tooth, but that need not detain us here. The important feature is that she is STARK FLIPPING NAKED.

Now, we don't see any full-frontal frightfulness, but we do see her backside in a lingering tracking shot and - other than those on babies - I don't recall seeing a bare bottom on a telly ad before. Yep, there goes another troublesome taboo and to shatter another, all she need do is turn round  ..... turn ...... round ....

Oh yes.  What is and isn't acceptable in advertising is goverened by a voluntary code. However, the fact that the code is voluntary means its conventions are challenged from time to time - and not always with the success of the Corsodyl work.

In 1994 an advertisement for Neutralia shower gel was the first to feature a woman's nipple on UK television. It generated the second highest number of complaints (199) to the Independent Television Commission that year and was (ahem) pulled. No British advertiser has chanced such biological frankness since. Likewise, the enormously successful '˜You've Been Tangoed' work is still remembered for the head slap, but that too was considered a little too stimulating for the viewer and was replaced by a fat bald man kissing a taller man (I know, I know).

So where else do creatives and clients now fear to tread? Well, some taboos are incredibly twee. For instance, you will never see two men socialising in an advertisement. Or one. Or more than four. Why? Because one is obviously an unpopular loner, two are clearly gay and five an unruly mob just one lager away from rioting. And it's fine to show the absorbency of a nappy, but the liquid used must always be clear or blue. Perfect if you are raising a Smurf, I suppose.

Other taboo references are more obscure. A well known supermarket tried promoting its oven-ready chickens by showing the deceased bird being worshipped by a lady of Buddhist persuasion '“ a largely vegetarian belief system. (There's an important lesson here : if your script features religion in any form other than a comedy vicar, it's time for a re-write).  Sex sells (never say I don't let you in on the secrets of the advertising game). But using sex in a campaign is a fine line to walk. Go too subtle and the '˜sexiness' can be lost, too blatant and you may well obliterate a taboo or two, but your ad may also fail to make it to print or screen.

There was a short lived poster campaign for Club 18-30 holidays. It simply read '˜Beaver Espagne'. Clever? Funny? Sexy? Sexist? It's a tough call, but the work eventually had to cease. The FCUK brand has already been explored endlessly, but it's now thought to have ultimately damaged the retailer, so whether breaking the '˜rude word' taboo was worthwhile is debatable. Wonderbra's '˜Hello Boys' probably struck the right tone, although anyone seeking to go further should be aware that sexiness is seldom sold with this level of smart appeal.

If sex is firmly off the taboo agenda, what about death? Other than public information films (and there's an astonishing one featuring the Grim Reaper linked below), you may suppose no commercial advertiser ever goes near the subject, but they do.

Watch Channel 4 on any weekday afternoon (that's right, I'm a freelance) and you'll see senior celebrities like June Whitfield and George Layton, chatting to you warmly about investment schemes that will pay for your 'do' and take care of your family when you ... well, you know ... croak. At the other end of the scale Benetton once ran a campaign showing a mafia funeral, complete with wailing widows, just to sell jumpers. Interestingly, it garnered fewer complaints than a similar ad showing a newborn, bloodied baby. Gangster slayings? Not so bad. The most natural and miraculous event in the whole world? Disgusting!

Back to Pedro Simko: 'For me, there are no taboos. Advertising is part of our culture as much as the cinema and music.'

  I would suggest Pedro isn't quite correct here, because there's a subject he doesn't seem to have considered. The drugs.

Pop songs make references to '˜ecstasy' without a flicker of outrage. Movies merrily show dope smoking, coke snorting and heroin fixing, all without issue. But a commercial ad so much as hinting at the mere existence of illegal narcotics, let alone their use, is something we are very unlikely to see, even from the people at Rizla.  Not because of the illegality itself (Magnum ice-cream have a campaign featuring bank robbers running right now) but because it is simply verboten, unmentionable, untouchable, off-limits and off-piste.   In short, drugs are the last great taboo in advertising.