Want to win an advertising award? Just gather your fans

A roundup of the most important news of the week in the advertising awards world.

This week were announced the winners of the Clio Health 2016.

CLIO Health — established in 2009 — is a specialist competition in the healthcare domain. Awards are presented in a broad array of categories — such as film, design and digital — to recognize innovative creative works.

“Manboobs” for Macma by DAVID Buenos Aires and “Second Life Toys” for Green Ribbon Project Committee by Dentsu Tokyo were among the other big winners.

This week, Pentawards, the leading packaging design competition in the world, has been purchased.

Created in January 2007, Pentawards’ primary mission is to increase awareness of packaging design and those who create it. Its 55 categories are open to all those across the globe who are associated with the creation or marketing of packaging, and are judged by an international jury consisting of 12 highly reputed designers and packaging design directors from major companies.

This acquisition is the latest in a series of global acquisitions by Easyfairs, which includes Oriex Communication, organisers of the ADF and PCD events earlier this year. It also has ambitious plans for global growth through launches and further acquisitions in the near future. 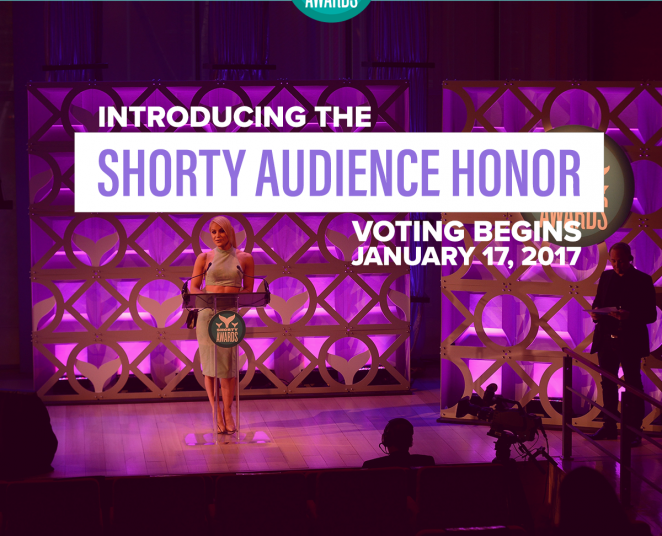 Brand and organizations are now eligible to a new People Choice prize given by the audience.

The Shorty Awards are following the likes of the Webby Awards and the Lovie Awards, who also organize a public vote.

Story of the week: Clio Awards

This week, the Clio Awards announced the 2016 Agency of the Year X Country Winners.

Agency of the Year X Country was newly established as an award in 2015. Each year, for the top 15 countries of that year, the agency that has won the most award Statues is named Agency of the Year for each respective country.

For some reason, it took 70 days to the organization to establish that list since the announced all the winners of the 2016 competition last September. 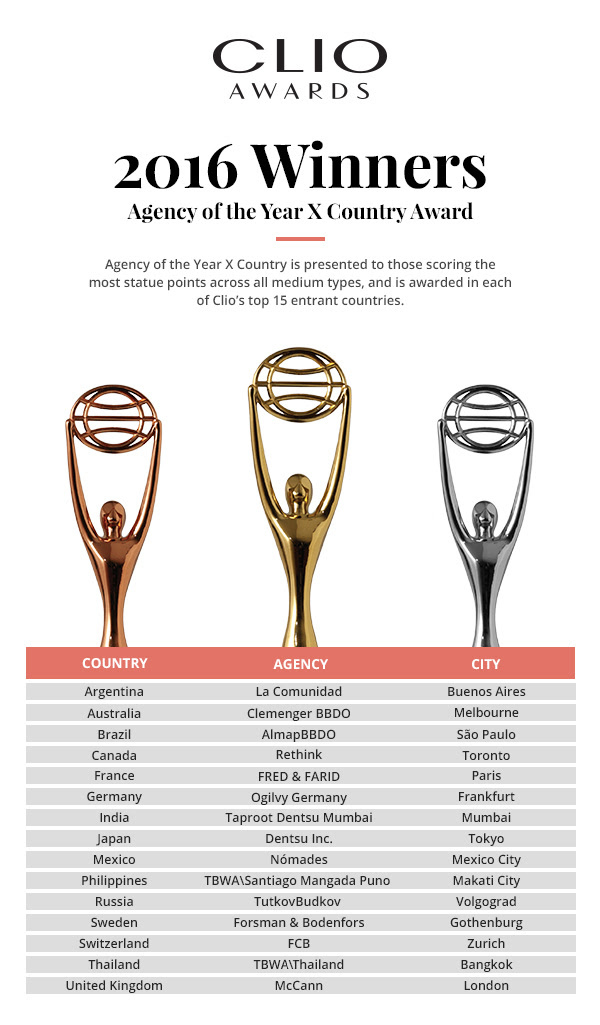 Quote of the week

Scrolling is almost better than sex.

Simon Waloszek is something of a Creativepool legend. In the 6 years since he first joined the site, his work has been nominated for the Annual four times and last year, he received two silver People’s Choice awards for his insanely colourful...