Occasionally, a piece of content will come along that completely floors me and compels me to sit down, compose myself and dissect what I’ve just seen. That happened for the first time this year about 3 hours ago when I first laid eyes on a short film featuring a demonic pizza.

You see, I’ve always been a fan of B-Movie horror, to the extent that I’ve seen every single Troma film at least once. So, when KFC dropped a 14-minute film referencing the gonzo exploitation horror cinema of the late 70s and early 80s, I was immediately drawn to it. The real genius, however, is not in the idea but in the execution.

You see, B-Movies have provided inspiration for tongue-in-cheek creativity for years now. Just look back to the late 90s music video for Foo Fighter’s “Everlong” for proof. Much like that now classic video, “La Masacre” (The Massacre) draws its primary influence from Sam Raimi’s seminal 80s horror-comedy classic Evil Dead. It was produced by PS21 to promote the new KFC Pollizza pizza (yes, that’s right, KFC pizza) that replaces the classic pizza base with fried chicken.

The 14-minute short film (above) tells the story of five friends who drive to a remote cabin for a weekend of fun and debauchery. The cast is an ensemble of familiar horror archetypes who have no idea what messy trouble awaits them. When they arrive at the remote cottage, they discover they’re out of food. That’s when a stack of mysterious pizzas arrive, seemingly from out of nowhere. Once the teens dig in, they’ve dug their own graves and the tropes arrive thick and fast.

According to the Spanish filmmaker NYSU, who directed the spot: “We were always clear that we didn’t want to make a parody of the genre, nor make fun of it, but to make an incredible piece that respected the codes and rules of the B series. That’s why the most complicated thing was to escape from the ‘vice’ of advertising, where perfection is sought in every shot.” 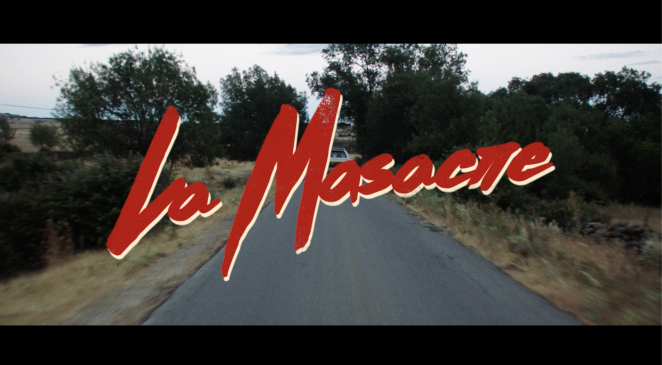 It's glorious fun and, remarkably, it holds pretty true to the general atmosphere and production values of the time. More than that though, it’s living proof that long-form advertising isn’t a dying art. With the current fetishization of snappy video seemingly spurned on by the success of TikTok, it can often be easy to forget that, sometimes, an idea needs a little breathing room to really be effective.

If it were 10-seconds or 30-seconds long, this piece of surprisingly convincing creative would have boiled down to little more than a “killer pizza” punchline. But the full spot lets you really marinate in the trashy vibe of the thing. Even the soundtrack sounds like it was composed on a 70s Casio keyboard. 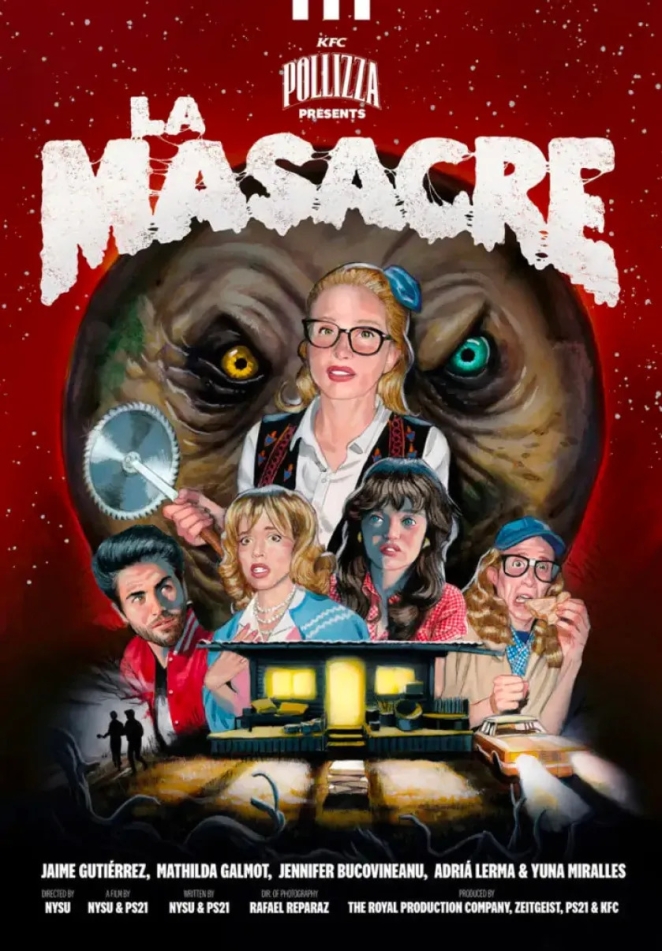 It doesn’t end with the film either. Posters promoting the film, designed to look like old-style horror movies, were also pasted around the centre of Madrid in advance of the premiere, where attendees were able to taste a Pollizza too. The pizza boxes that feature in the film also contained an active number, where 2,500 people were able to call to order a Pollizza as part of the promotion.

Above all else, this is probably my favourite piece of advertising so far this year. Maybe it’s because it feels like it was made just for me and maybe it’s because I’ve grown disillusioned with 10-second clips with very little substance in recent months, but, hopefully, this starts a trend. Who knows what could be next? Burger King and the Curse of the Forbidden Milkshake?

As a horror nerd growing up in the eighties with all the "video nasties" idolizing directors like Raimi, Fulchi, Romero, Carpenter, Hooper and Landis, I absolutely love this. Here-here, screw the 10 second Tik-Tok generation, let's get back to some long-form creative in advertising. Two thumbs fresh!