Polish based illustrator and graphic designer Karol Banach sounds like the kind of guy we want to be pals with. He’s into hip-hop, tattoos and reading, but more than that, he creates lovely little worlds to get lost in. Coming from a small town in Poland, his intricate work does seem like pure escapism, despite the fact he’s now based in the larger city of Toruń (fun fact, Nicolaus Copernicus was born there). Famous alumni aside, from what we can tell, Banach’s got a pretty bright future ahead of him, having already worked for the likes of Cubanisto, KUKBUK, WRAP magazine and Samsung.

His style moves between a 21st Century take on constructivism with bright splashes of colour that wouldn’t be out of place in a ‘90s MTV ident. So it doesn’t surprise us he cites both Picasso and Basquiat as influences. His creative process is pretty loose, idle ideas and experiments usually turn into full-blown pieces. He’s also fond of mixing up form, with his illustrations incorporating everything from drawing and crayons to vectors and collage.

This lends his work a fresh feeling, and his imaginative prowess means each piece has details that could absorb you for hours. Looking at his work, you get a sense of design history embedded into the colours, lines and juxtapositions. But this isn’t mere imitation, Banach manages to keep all those plates spinning in the air whilst still putting his own mark on the work.

From busy seascapes to internal psychological explorations, Banach ranges far and wide. His characters are a surreal blend of animal and human, skinny legs wrapped up in huge bodies. In one piece, two ducks embrace whilst cycling, in another a waiter juggles with anthropomorphic pots and pans. His relaxed creative techniques mean each piece feels part of a larger narrative, wobbling in the distance. It's a world where these characters collide at multi-coloured parties, and we want an invite. 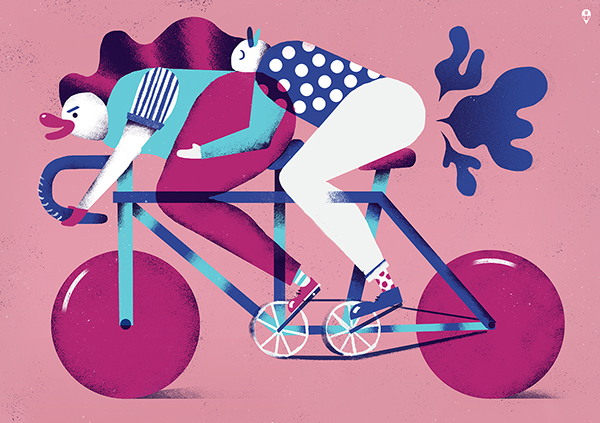 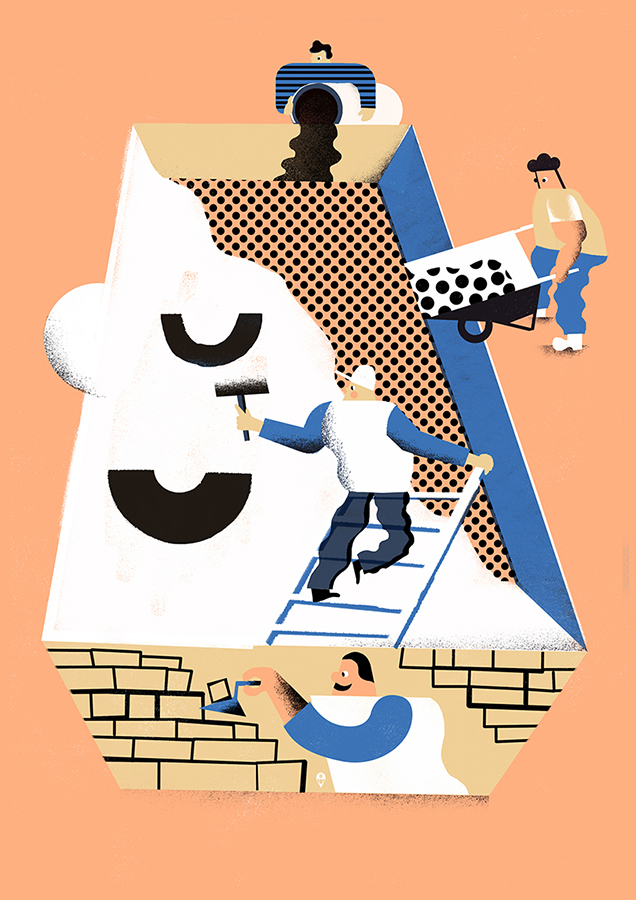 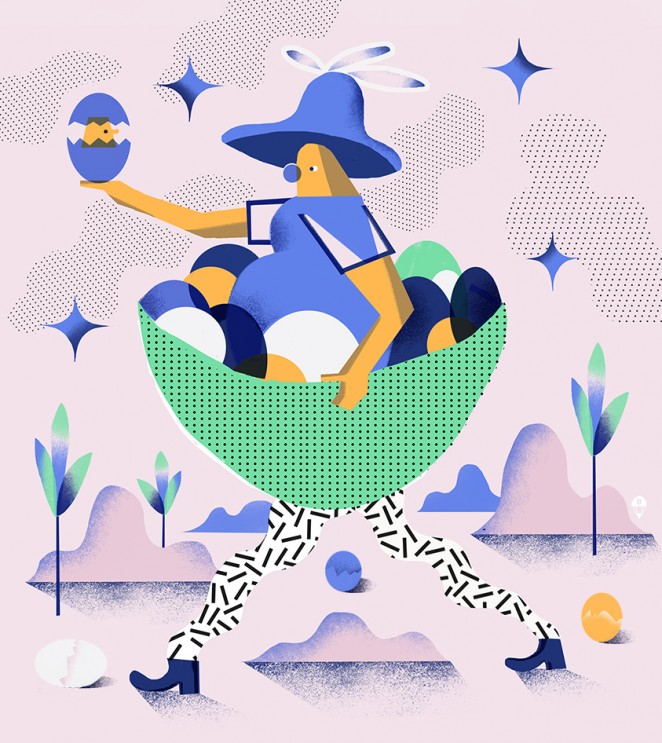 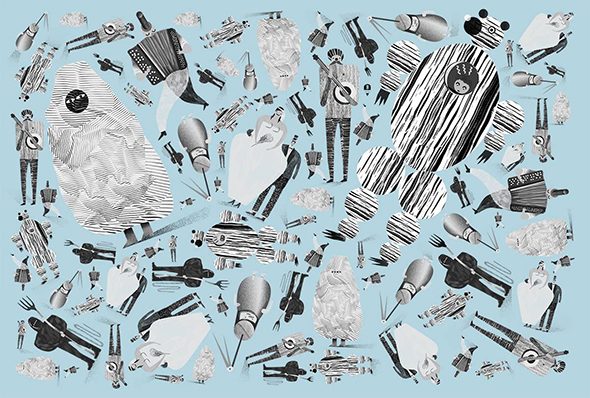 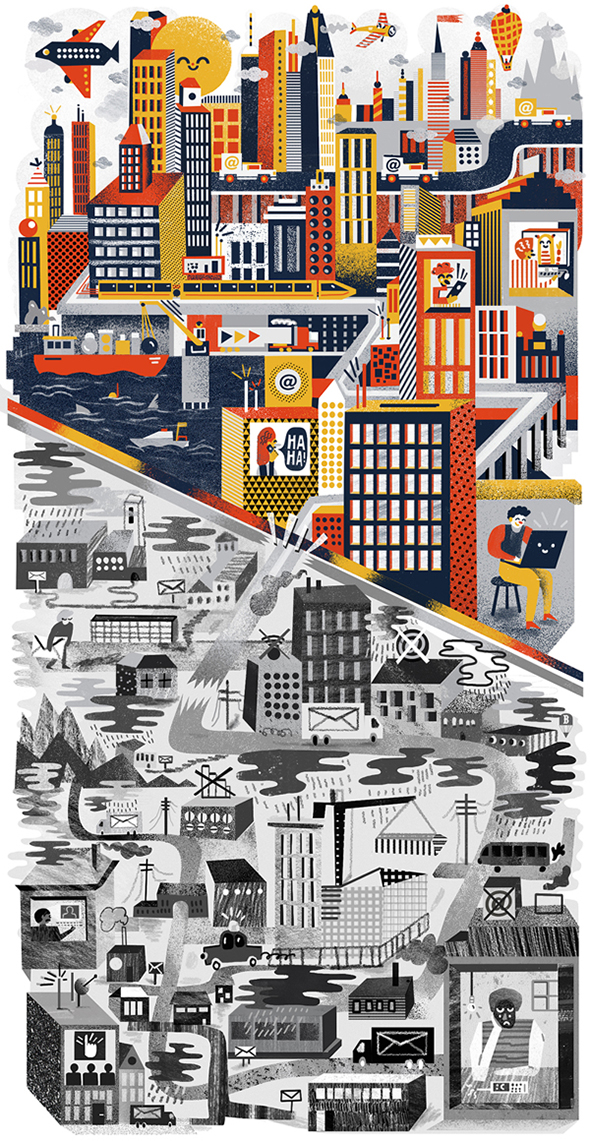 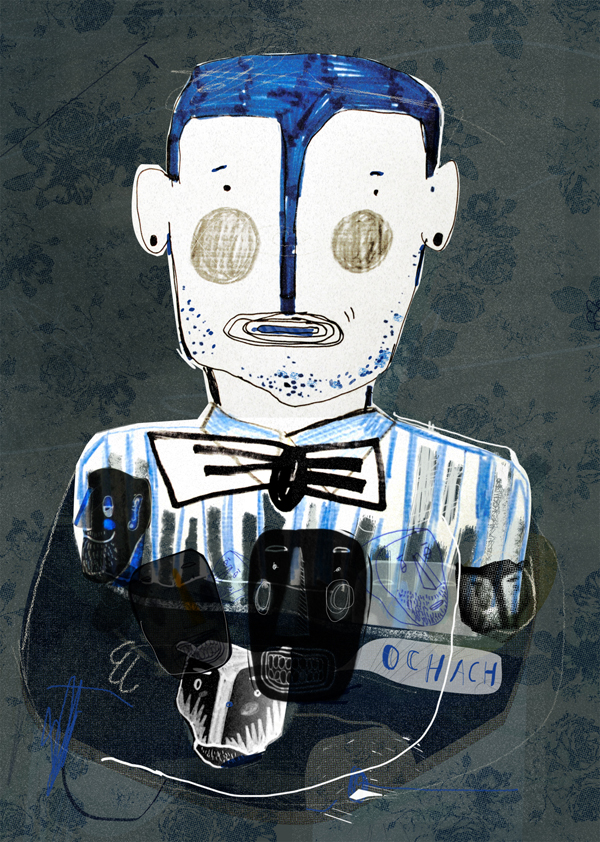