Last year, San Miguel, the premium Spanish beer brand, took a look back into their history in a bid to better understand their heritage and uncover a contemporary way of imparting that history onto beer drinkers all around the world. The result was the debut of the ‘The San Miguel Rich List’, which was met with success to the amount of £470m in customer spend and 180 million pints (Total Trade Report, CGA and Nielson P12 2016). The Rich List celebrates and showcases those who are Life-Rich in their endeavours to experience more from the world around them.

Creativepool spoke to Dharmesh Rana, Senior Brand Manager at San Miguel UK, about the multi-channel, 360 campaign that returns for its second year in 2017 with an increased investment in cinema, print, VOD and sponsorship and ESI Media as the new publishing and lead partner.

We really wanted to find a way of making San Miguel’s heritage relevant to consumers. Looking through the trends and insights from our research, we found that people were moving away from money and towards experiences - a real shift in focus of what’s important in life.

The resulting San Miguel Rich List was a very different route for us to take but it did perform exceptionally well, and I think the work was stunning, a real testimony to the partners that we worked with, Discovery and the Guardian.

The actual publication of the Rich List was quite a challenging territory given the restrictions we have to work with as an alcohol brand, but we really did it real justice. Attendees to the launch event included Elizabeth White, film director for BBC Planet Earth, who worked with Göran Ehlmé, the marine photographer on our list, and she was really complimentary of the work. To get an accolade from someone of her stature, was a testament to the quality of the campaign.

What does the second year of the list have in store? What’s changed?

We’re opening the categories for the Rich List to groups as well as individuals and, from Thursday 13th April, consumers can get involved by nominating themselves or someone that they believe fits the criteria and embodies San Miguel’s life-rich ethos. Nominations are open until the end of July so there’s plenty of time to be part of a collective of people who are rich in experience.

We’re excited to find a collective of people who are rich in life experience, to tell their incredibly stories, and inspire consumers to get off their backsides and live a bit, and hopefully share their experience over a beer. The trailblazer and explorer Levison Wood will be part of the Rich List judging panel for 2017, which we’re very excited about. 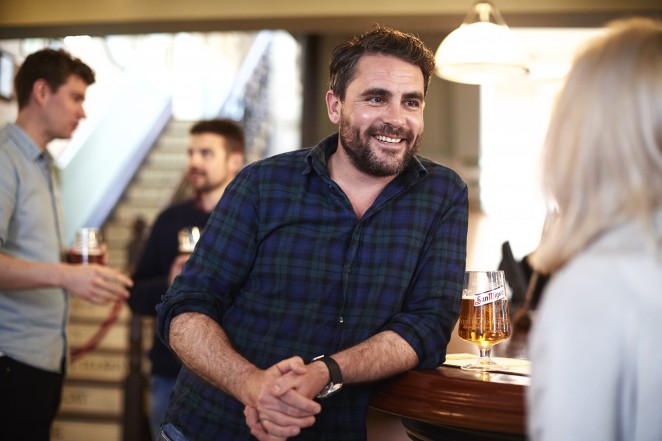 “I am delighted to be working with San Miguel.  As someone who travels the world seeking life-rich experiences, this is an area I’m incredibly passionate about.” - Levison Wood

How has it been working with your new media partner, ESI Media?

We have some really ambitious targets for 2017, so we didn’t rest on our laurels, we relooked at every aspect of the campaign. The Guardian did a great job last year, but this year ESI was the no brainer. The value they brought and their understanding of the next level of this campaign really gave them the edge. They’re going to help bring a real experiential level to this year’s campaign.

What does 2017 look like for a beer that is growing faster than Peroni?

The main thing is to inspire people to experience more. San Miguel Rich List is a facet of that. We’re going to do some really innovative, experiential things - watch this space - to bring to life to more than just those on the Rich List but activities that inspires people to do things at home as well as beyond.

There is a breadth and depth of where this campaign can go which is the beauty of the campaign. Experience something, whatever it is. San Miguel has been exploring the world since 1890, we want to encourage beer drinkers to join us, take a step back and realise the amazing world close to home and far away, with friends and over a pint San Miguel.