The Revamp of Classical Animation: is 2D really the cool factor?

The new Coke campaign, featuring a lively dog and its not-so-lively owner is a celebration of the most Disneyesque style of animation (with an hint of the golden-age of Dreamworks too) by the amazing guys at Psyop.

In fact, it seems so close to a nostalgic re-creation of Disney magic that one wonders why it was done by the outstanding studio Psyop rather than the 2D production department of Burbank - oh, wait! Disney stopped doing 2D movies after “The Princess and the Frog”.

[Just to be clear, 2D animation is a technique that shows in rapid progression a series of drawings (24 per second) to give the illusion of movement while 3D animation starts from the creation of characters and objects in a simulated three-dimensional space that are subsequently animated by manipulating a series of controllers that can deform and move in space the 3D model (the so called “rig”).
Practical examples of 2D animation: Adventure Time, Beauty and the Beast, Peppa Pig.
Famous 3D animations: Toy Story, The Ice Age, Despicable Me.]

If we take a look at the most inspiring, powerful and popular animated ads of the last years, there are none as strong as the 2D animated ones: the 2014 Christmas Campaign for John Lewis (The Bear and the Hare), some outstanding ads by McBess, the Airbnb rebranding campaign etc. demonstrate that some “wow” moments are never as strong in the top-notch CGI ads, at least when speaking about popular B2C products.
Not to mention tremendously successful YouTube videos like Bravest Warriors on Frederator, the hilarious videos of Harry Partridge or the stellar success of crowd-funding campaigns for 2D films like Hulabaloo or Urbance.

Outstanding CGI is still the one-stop-shop for hardcore gaming fans and geeks all over the world but it’s interesting to note why, when a new top-level ad in 2D animation goes out, the reactions about them are way stronger than the CGI ones.
There are exceptions of course: most Pixar movies and nice experimental bits like Paperman and Feast - both came out as shorts before the screening of Disney features - keep that “wow” sense alive.

The Coke is (both in the story and in style) a glorification of that sense of wonder that the Coke brand associates itself with. One wonders why such an immediate connection comes to mind: the sheer joy of the dog, that he manages to pass on his owner, is represented by a colorful layer of 2D effects that surround reality, filling the air with excitement and joy. What best way to depict that sense of wonder than 2D animation? 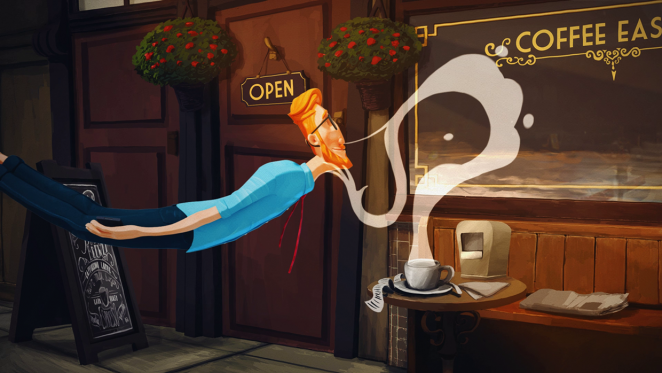 The answer, I believe, resides in the concept of craft and self-expression.
At the moment, 3D animation relays on really advanced render engines that allow animators to get closer and closer to photorealism. This is actually great for VFX and compositing for live action - I mean take a look at Avengers – Age of Ultron! - but creates a vicious cycle when it comes to the creation of purely animated content.

Working in visual storytelling means creating a reality that is believable within its own boundaries. In a stylised, exaggerated visual world, even physics need to be stylized and exaggerated, that’s why rotoscope, if not done mindfully, often sucks.

When working on sketching and designing, I’m always amazed at how much gets lost when we get to the translation in 3D. Just take a look at the difference in the concept art between Tangled and Frozen and then at how similar the two final worlds look like at the end.

When working in 2D, rendering is embedded in the work itself.

Sketching and animating are not actions much further apart in terms of tools required, although the skillset of the animator and the character designer can be really different.
The line is expressive per se and every line choice done while drawing implies a decision about which bits of reality need to be integrated and which to leave out of the drawing. If done well, it’s exactly the right amount of elements to tell that story. In this sense a strong art direction in 2D animation is essential.

Let’s take a look at the pipeline of 3D production: rendering is the thing that comes last and it’s often perceived as the more “technical” part of the job. The renderer is seen more as a technician than a creative and there is rarely an exchange between animators and render experts, sometimes these two steps are done in completely different geographical locations.

In rendering, there are useful presets for a lot of elements: fur, smoke, tree leaves, etc. The way in which the light bounces can be regulated but the rendering engine achieves the ultimate goal of photorealism.

It takes a conscious and strong point of view to avoid the use of a specific render option to stylise the visual depiction of certain elements (hair, textures, reflections, etc.)
It takes an art director with an holistic knowledge of the process to say “let’s not just use the leaf algorithm for vegetation, let’s try to find a unique way to portray it that's consistent with the overall visual style of this project!”.
Pixar succeeds in it (most of the time at least) with their incredible and deep visual research.

But when it comes to commercial studios, the scenario is slightly more grim.
It take awesome studios like Buck to experiment on the verge of 2D and 3D (and to an extent Nucco Brain! Albeit not so awesomely yet).

It takes a new kind of a Renaissance man, not vertical experts but people with a vision, to make sure that the final delivery respects the artistic direction that was present at the conception of the film. Unless clients manage to mess things up by pulling in the legal department, of course! 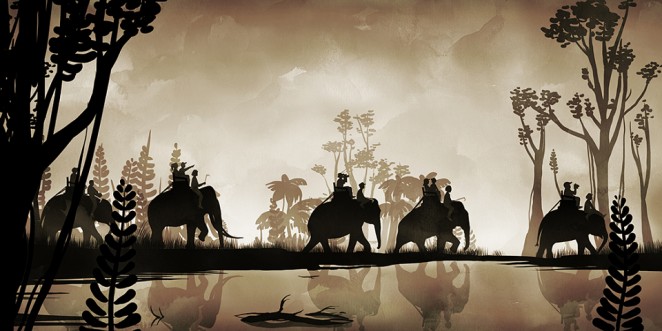 So this is war?

This post is not here to defend 2D against 3D, but as a warning of being aware of the technical limitations and the design intentions of who has developed the tools we use.
The more complex the tool, the more design intention is relevant.

That’s why it takes a lot more conscious and deep thought to question 3D software over a pencil.

Just start thinking about it next time you approach an animation project, whether as a client or as a creative.

Just to clarify, the 2D animation and efx were done by "Disney" artists at Duncan Studio.

It was a collaboration with Psyop.