These guys were the brains behind Nike’s most awarded ad “Rise” and already under lockdown, they’ve launched two pieces of work for Nike and Maserati. Today we’ll be focusing on their incredible work for Maserati.

The creative promotes the luxury car manufacturer’s first Hybrid vehicle, the Ghibli Hybrid, as it embarks on a mission to electrify its entire fleet, with electric versions of the GranTurismo and GranCabrio vehicles to launch next year

We caught up with Will Battersby, Co-founder & Executive Creative Director, to go Behind the Idea on this most luxurious and dynamic of brand rebirths and the unique challenges faced putting the campaign together under lockdown.

Maserati is synonymous with luxury and style. Pale, male, stale isn’t a good look in the Tuscan Hills though. Maserati needs to reach the next generation, and their tastes are very different from what’s gone before.

It may be late to the hybrid races, but the Ghibli Hybrid is a statement of intent. The Maserati brand is going through a rebirth and it intends to electrify its entire lineup over the coming years.

We were tasked with setting the scene, to wipe away the dust from the brand and position it to a new audience. The brief centred on three elements: Be daring. Be fresh. Be joyful.

It was Ultra’s very first pitch - and we had to do it under lockdown. It’s fair to say it was a singular experience... gallons of coffee and many late nights jamming with my creative partner, Matt Bennett. Nothing out of the ordinary you might argue - but everything, the brainstorming and the pitch was all done over Zoom.

It was the first time we were working together as Co-Founders — and it felt special. Admittedly, we could get a little ‘overzealous’ at times, but every pitch has a touch of madness.

There was very little time to sell in. But there was good chemistry, alignment in ideas, solid strategy - we were given the punt. After the plan got signed off it was foot-to-floor. We were straight into production.

We didn’t want to ignore the brand’s rich heritage, but equally, we didn’t want to be restricted by it. The Ghibli Hybrid is an honest ‘rebirth’ and we wanted to reignite and redefine what Maserati stands for - and for a new generation.

Following the crowd is not in Maserati’s handbook so it made sense that we should refuse to accept the future that’s been set. Maserati drivers do care about sustainability but they also want to make a statement. It’s a car where powerful forces meet — performance, electricity and audacity. It’s a lot to pack in but we were very happy that concept communicates this clearly. 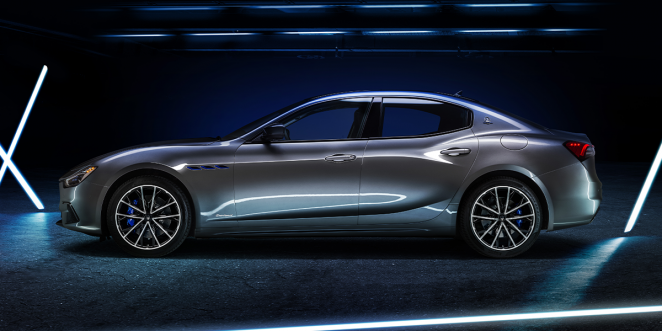 Crazy times. We had multiple partners/artists working collaboratively on different elements. Multiple workstreams. Different countries/time zones to contend with. We embraced it all. The secret was to select the right partners who are on your wavelength and you trust. Big shout out Absolute Post for the wicked VFX, the director GMUNK and team at Movimage for shooting on the ground in Italy.

It was, of course, less than ideal that we were unable to get anywhere near a real Ghibli, or indeed to travel, over the course of the shoot. However, the limitations placed on the execution and production make us think more creatively, which is a good thing. In retrospect anyway.

But the greatest challenge as an Art Director was being unable to sit in with the editors during post-production. No more hovering Art Directors. Working remotely means you can’t feed-back in real-time, so it meant lots of written notes...

However, platforms like frame.io make it easier to feedback/review and there were undoubtedly also benefits to this way of working — notably the budget saved on travel costs was pumped back into the creative.

“Spark the Next” is the campaign message. The world needs iconoclasts to catalyse the world around us. Change comes from mavericks who don’t conform or follow the designated path. There was a line we wrote during the campaign which speaks to this and really stuck with me: “We’re not the future you expect. We’re the future coming”. This not only captures the attitudes of younger people who are no longer willing to accept the status quo, it sums up what Maserati is all about.

A lot of car advertising is grey and bland. We wanted to show hybrids don’t have to be boring. So we injected joy  and excitement into the creative. This worked really well in the ‘tease’ element of  the campaign, it sparked conversation and generated intrigue across Maserati’s social channels. Visually, the launch film draws you in instantly. Beautiful, dynamic visuals that light up the car and bring the ‘Performance Charged’ secondary message to life in a literal shower of sparks.

We selected young upcoming 3D artists to reimagine the Maserati Trident itself. Not only does this give them exposure, but it also speaks to the newer audience Maserati is targeting. We also selected a Jorja Smith track remixed to cut the film to. She’s in vogue right now, but there’s more to the choice than that, Jorja’s conﬁdence, bravado and style characterise the audacious maverick spirit.

All the spark ‘effects’ that feature in the product AV film were actually very real and shot on an old Tesla coil. These coils transform energy into extremely high-voltage charges, creating powerful electrical fields capable of producing spectacular electrical arcs. They have a raw, playful nature — and it’s 100% authentic. It’s a visual technique that makes the campaign really stand out. It’s fair to say the Tesla coil also brought out the inner geek in all of us.

It was rapid. The campaign took between two and a half to three months to produce and that’s from conception to delivery. This is down to the fact we cut out agency bloat and used a small, nimble team. 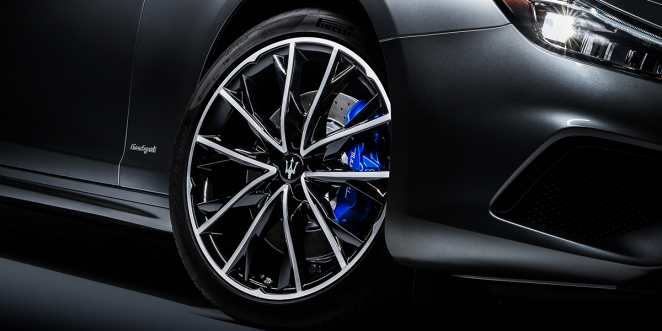 I want people to see the brand in a new gear. That ‘Maserati gets me’. I want it to reach a new audience who may never have even heard of the brand and capture their attention by doing something outside of the norm for auto brands.

I grew up on motor racing living next to Silverstone Race Circuit as a kid. I love the brand. Its vehicles are iconic. Maserati are the masters of Italian audacity.

So working on this project at such an important moment for the brand felt rewarding. Clearly, the circumstances were incredibly challenging, I think I’ve set a personal record for the longest production for a 15 second Instagram story! But it was worth it.

I’m hugely proud to share our new journey with Maserati as our first campaign for Ultra. It’s fantastic to see it being talked about in feeds around the world.