Storytellers or waste makers - Are influencers a force for good or evil?

If you ask most typical teenagers “what they want to be when they grow up” in 2022, the majority are probably going to want to be an influencer.

On the surface, who could blame them? Who doesn’t want to influence culture and shape the world around them to meet their wants and needs? But at what point do we have to start calling out the influencer trend for what it really is - a culmination of capitalism’s worst side-effects made manifest.

In this highly enlightened age, nothing acts as a cultural barometer quite like a good meme. In the last week, former Love Island contestant Molly Mae Hague has become the latest parma-tanned target for the social media hordes thanks to her misguided attempts at inspiration.

Hague, who was recently hired as creative director at problematic fashion brand PrettyLittleThing, quite arrogantly claimed: “Beyoncé has the same 24 hours in a day that we do so if you want something enough, you can achieve it.”

Yes, that’s a little bit like telling a homeless person: “Well why don’t you just go buy a house then?” And yes, using Beyonce as a litmus here is rather callous given that Beyonce is one half of one of the wealthiest celebrity couples in the world.

But, honestly, she probably meant nothing by it. Not only that but it was a throwaway line delivered in a podcast over a year ago that has only surfaced in recent weeks for reasons unknown. At least to me.

All this proves, really, is how emotionally invested people are in their influencers and content creators (are they not one and the same at this point?) and how powerful they can be when it comes to generating free advertising just by opening their mouths.

Good or bad press, the clicks don’t differentiate. But now that influencers are being seen as a more legitimate marketing asset, should we be paying more attention and being a little pickier with the people we are choosing to influence our children.

The future is influential

It’s impossible to deny the effectiveness of influencer marketing. People are more likely, after all, to trust other people than they are to trust faceless brands. Indeed, influencer marketing is comfortably the most effective marketing channel for driving conversions - second only to a recommendation from someone you trust (53%).

So, influencers are not going anywhere. Indeed, a new white paper report from TAKUMI entitled “Influencer marketing in the pandemic era” claims that seven out of ten marketers are more likely to use influencers in campaigns since the start of the pandemic. That’s not a good thing or a bad thing. It’s just a thing.

What it does mean, however, is that brands are going to need to start seriously considering who throw their chips down with. Because in such a fickle and (let’s be honest) cruel online society, all it takes is one flippant comment on a podcast for the worm to turn and for adoration to sour into scorn.

It also presents an opportunity for brands to plug the diversity gap that still remains in marketing. According to the TAKUMI report, just over a quarter of UK and US (28%) consumers believe that brands’ influencer marketing content currently represents diversity in society.

Encouragingly, however, marketers are listening to the frustrations of consumers, with over two thirds (67%) using influencers from more diverse backgrounds in campaigns now than they did before the pandemic. 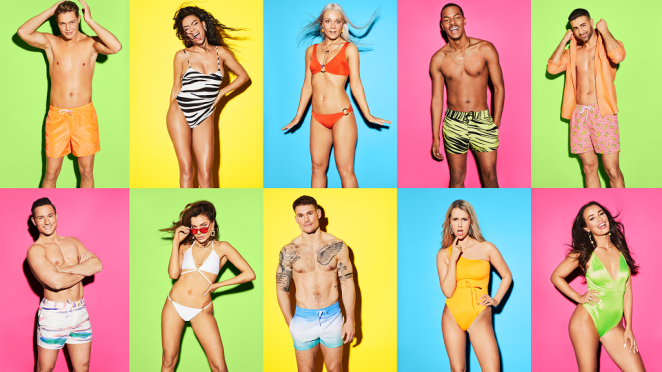 Are more diverse influencers necessarily going to be better influencers? No. But marketing has always been (and always will be) a reflection of society and the more diverse and representative that mirror is, the better it will be in the long run for all of us.

Because, at the end of it all, what are influencers these days if not branded storytellers?

Other images by Sofia Häggström