If there is one MP that has arguably benefitted from the COVID-19 pandemic (at least as far as political capital is concerned), it’s Rishi Sunak.

This is a man who, at the start of the year, was only really known to those of us that watch Question Time every Thursday night and remain politically engaged by choice, despite the fatigue is generally inspires. Nine months later and the man has made such a name for himself that many are earmarking him for ‘the big job’ when Bojo eventually shuffles off the political stage into his lucrative postscript career as a talking head on a comedy panel show.

Of course, the Chancellor is always going to win some brownie points with the public in a situation where he’s essentially in charge of saving us all from financial ruin. But when the dust has settled on the furlough scheme, will he be remembered as a saviour or a man who put a plaster on a gangrenous limb? Or will he just be remembered as the man who inspired a thousand “take a shot every time he says unprecedented” drinking games?

As is often the case with senior Tory MPs, Rishi is something of a divisive figure. Some have accused the man of “cultural genocide” in the wake of his recent remarks that those in the arts should retrain to “find new opportunities” while others see his stance as noble and pragmatic. As a musician myself, my natural inclination is to stand behind my comrades, but I honestly find myself hovering somewhere in the centre of the argument because (and have your shots at the ready please) these truly are unprecedented times.

That division undoubtedly became an even wider chasm recently, when he unveiled a rather controversial winter support plan that included measures to protect ‘viable’ jobs from the economic fallout of the coronavirus pandemic. The problem was in the kind of jobs he (and the Tory party, by extension) view as ‘viable’. If you know anyone in the events, live music, arts or hospitality sectors, then you’ll know they have essentially felt left behind by the government throughout the crisis.

Whilst the Job Support Scheme (JSS) will see the Government topping up wages, allowing staff to be paid by their employer for working at least a third of their usual hours, serious questions have been raised over which sectors of the economy will be missing out.

How will the initiative affect creatives?

Well, that depends. The creative industries are vast in size and scope and it’s unlikely that those in C-suite positions will be at risk here. But our industries also walk hand-in-hand with the freelance ‘gigging economy’ and industry leaders have already expressed concerns about the roughly 1.5 million self-employed people not qualifying for a new grant scheme. 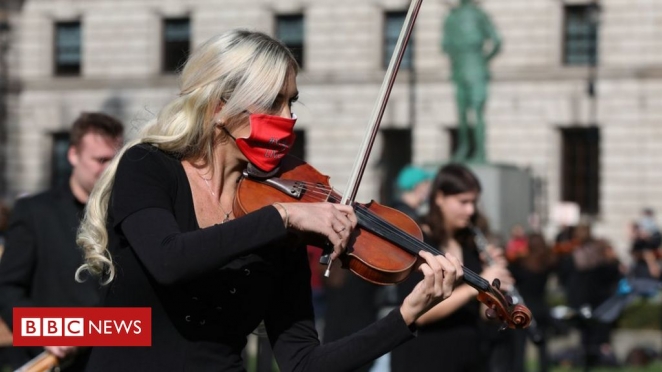 Head of entertainment and media union Bectu Philippa Childs said the Treasury had ‘overlooked’ the needs of the creative industries. She added: “The Job Support Scheme may help some employers, but it will not help to save theatres that are still not able to open due to government restrictions and are already making thousands of workers redundant. And the army of freelancers and self-employed who make up the backbone of the UK creative industries face being excluded from support once again.”

It’s a crisis completely beyond our making and is this man, who is, lest we forget behind all the ‘man of the people’ guff a billionaire banker married to the daughter of one of India’s richest men, really the man to get behind? One of the main reasons he appears to be in the running for the top job is that’s he’s at least been consistent, at least compared to his colleagues.

One thing that we can all no doubt agree on is the inconsistency of the government’s message regarding whether or not we should be working from home or working in the office. Whilst there was a major push behind the idea of sending the UK back to work towards the end of September, that U-turn was U-turned yet again just a week later when the official guidelines returned to “work from home where possible.”

With such an inconsistent and muddled message, many in the creatives sectors and beyond are looking towards a future where the working from home and working alongside colleagues paridigms can comfortably coexist.

The real question is, are UK employees ready to adapt to such a flexible new model? The CBI described the recent Government rule changes on working from home “if you can” as ‘disappointing’ to the thousands of UK businesses getting used to the ‘new normal’ COVID-Clear office procedures. To be frank, catering for such a range of preferences is just sowing confusion with employers who don’t know what the right answer is right now.

For creatives, the answers are even vaguer, as it’s often hard to tell whether we’re being told to keep calm and carry on or “get a real job.”

The official Sunak line (at least at time of writing) is that many of those in the creative sectors will have to “adapt” to new ways of working and might even need to retrain for something more ‘viable’ in some cases. This is a tough pill to swallow and, honestly, it’s not one I’m willing to accept.

With the ridiculous U-turns constantly being made on policies, invariably to try to court public opinion, who really knows what the Chancellor’s stance might be a month or even a week from now? He might have more consistency and charisma under his fingernails than his Eton-bred chums, but with the creative industry feeling as though it’s been thrown under the bus this week, I honestly wouldn’t be surprised if he becomes the latest Tory to do a 360.

Give it a few weeks and who knows, maybe I’ll be writing about a stimulus package for the arts and the creative industries that puts us all onside again.  It’s hard to say, as these really are (wait for it) unprecedented times, but for me, whereas Rishi Sunak was once the only Tory I could tolerate, his scales are finally srartiung to show. 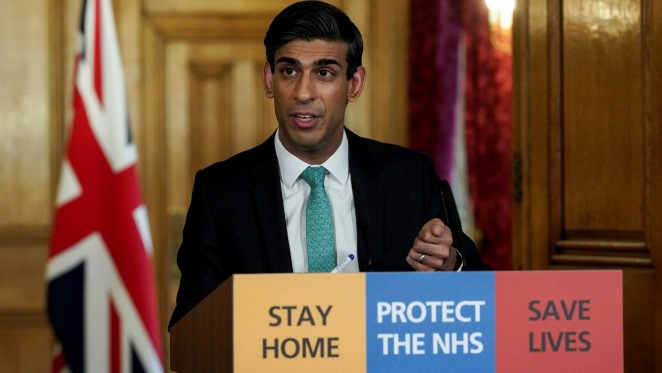 These are my own opinions and are not necessarily shared by Creativepool.