When Queen Elizabeth II took the throne, even my parents had yet to be born. She was the longest serving monarch in history and it appears unlikely that will ever again be contested so when the news stuck yesterday evening, a definite shockwave was felt.

It’s been hours now since the news broke and it’s honestly still not sunk in. I am the furthest thing from a royalist you could imagine but it would take a heart significantly more cynical than mine to cast even a smidgen of negative shade on a woman who has represented the backbone of Britain for as long as I’ve been alive.

Of course, you’ll have your fill of think pieces about the life and times of the woman who was Queen Elizabeth II today but we’re Creativepool so we won’t be talking about her life, we’ll be talking about how she impacted the creative industries and the world of media, in general.

For she will forever be, the first monarch to deal with media intervention. Indeed, it was throughout her reign that media itself came of age.

The 1950s is often seen as the golden age of marketing and it’s in this era that The Queen was coronated. Indeed, millions of viewers in the UK bought television sets just so they could watch the 1953 event. It was, at that time, the largest broadcast event ever undertaken and posed some significant logistical challenges.

Fitting the large and cumbersome television cameras into Westminster Abbey, packed as it would be with the 8,251 heads of state and other distinguished guests, was itself an achievement. Outside, meanwhile, the BBC had to solve the knotty problem of cabling all the cameras and microphones along the route of the procession that left the Abbey after the ceremony for a tour around London and connecting them to the broadcasting control centres.

The BBC and its transatlantic partners achieved another technical feat by delivering the ceremony to American and Canadian audiences on the same day. Engineers made a high-quality 35mm film recording of the broadcast as it aired. As soon as each film was ready, a helicopter took it from Alexandra Palace to London Airport.

Technicians loaded the footage onto RAF Canberra bomber aircraft and processed it as the planes flew over the Atlantic. American and Canadian fans of Britain’s historic tradition of pomp and ceremony were able to see the coronation only a few hours after it happened. It might seem rather quaint now, in an era of perpetual streaming, but that fact alone only serves to underline just how far the world of media has come in the last 70 years. 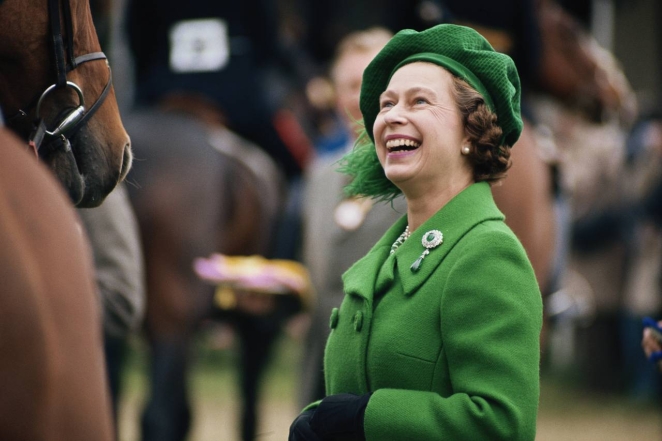 For the last 48 years of the 20th century, Queen Elizabeth II cemented her status as a beloved public figure around the world and the media played a major part in that love affair. The dawn of television is partly to thank for this, as we were able to form an (albeit one-sided) relationship with The Queen.

Throughout her reign, she saw the advent of colour TV, mobile phones, the internet, social media and smartphones and she was never one to shy away from the camera. Indeed, the monarch took part in her first televised Christmas broadcast in 1957 and her first official video conference call in 2020. She was also the first monarch to send an email during a visit to an army base in 1976. Her website, meanwhile, was set up in 1997 when most of us were still figuring out exactly what the internet was.

As far as more recent notable media appearances are concerned, she personally uploaded a video to YouTube during a visit to Google’s London offices in 2008. The Queen strode into the social media sphere and allowed aides to create a Facebook page and Twitter and Flickr accounts, and then an Instagram profile.

She has also owned several iPods – one reportedly given to her as a gift by then US president Barack Obama and another from the Duke of Cambridge – which were said to contain classical music, including the Last Night of the Proms. In 2019, meanwhile, she shared images from the Science Museum, on Instagram for the first time. So, while she wasn’t exactly always at the forefront of new media, she was at least always willing to try. 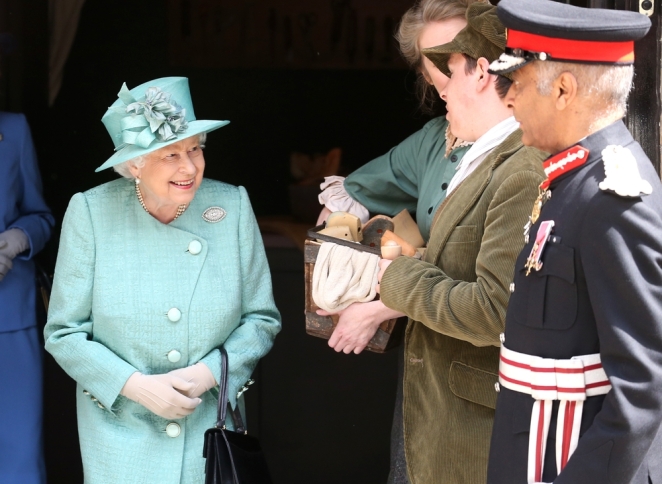 It remains to be seen how the creative industries at large will respond to news of the Queen’s passing. Many brands and agencies have already paid lip service by “going dark” on social media but it’s going to be a while before the dust settles.

Many media owners have suspended most advertising. Even ITV has declared it will be running no ads for 24 hours and Mail Metro Media claimed it wouldn’t run any print or digital campaigns for an entire day either. Ocean Outdoor also dropped all digital ads for a message in tribute to The Queen.

Paul Bainsfair, director general of the IPA, had this to say: “It is with a heavy heart that we hear the news of the death of Her Majesty Queen Elizabeth II. She has been head of state and our Queen for all of our lifetime and she was revered across the world for her wisdom and her sense of duty. The greatest honour bestowed upon the IPA in its long history was when Her Majesty awarded our Royal Charter in 2015. We extend our sincerest condolences to the Royal Family as the nation enters a period of mourning.”

And what more can be said really? At least we all have the weekend to allow the news to truly sink in and for us all to reflect on the legacy left by this most powerful of public figures. Hopefully, come Monday morning when the news cycle has largely returned to “business as usual” we can all return to work in the knowledge that, in some small way, we were all united in our grief for at least a moment. Because for all the pomp and circumstance of the royal circus, it’s always the quiet moments that echo through history and catalyse real change.

Rest in peace, Your Majesty.