We don’t have enough budget.

There’s no way I’d be able to do that.

If you’re a creative person then you’ll know that limitations are everywhere.

Sometimes the boundaries are illusory ones we’ve made for ourselves, born out of self-doubt or the habit of procrastination. Other times we come hard up against brutal fact: you really don’t have the space, the time, the money, the materials or the experience to make the work you want to make in the way you want to make it.

How you choose to respond to these limitations may well become the measure of your success as an artist or creator.

And at a time when all of us are faced with constraints, not just to how we work but also how we live, perhaps it could be helpful to share the stories of a painter, a photographer and a musician; three individuals who refused to give in to the seemingly insurmountable obstacles in their path. 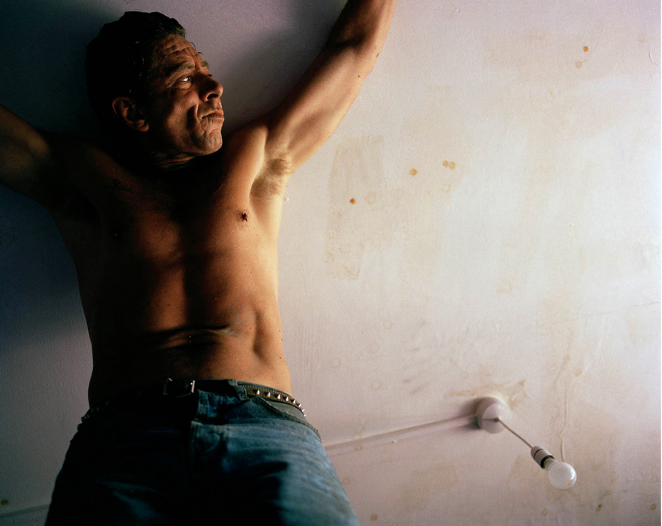 I first came across the artist Chris Wilson (pictured above) when I read his memoir Horse Latitudes. The book is slim, yet every sentence crackles with electric intensity. A callous and traumatic upbringing leads inexorably to a life on the streets, which in turn leads to heroin and, soon enough, a stretch in San Quentin, one of the meanest jails in America. While Chris is incarcerated he stops taking drugs and, once he’s clean, an irrepressible urge to paint builds inside him. But they weren’t big on art classes in US maximum security prisons in the 90’s and he’s unable to get his hands on any materials.

Other people might give up on their ambition at this point, maybe fall back into the old ways, and take the easy path of a narcotic stupor. Other people might, but not Chris. Eventually, after some experimentation, he worked out that he could get everything he needed from the prison canteen. First he would take a packet of M&M’s, separate the sweets into colours, remove the shells from the chocolate, crush them up with a little toothpaste and water and, bingo, he had a set of inks. For a brush he would pull out a clump of his own hair, melt a plastic knife, and meld them together.

You can watch Chris describe the process in this short film. His resourcefulness is extraordinary. Without it Chris would not have been able to become the artist he is today.

From painting to photography... 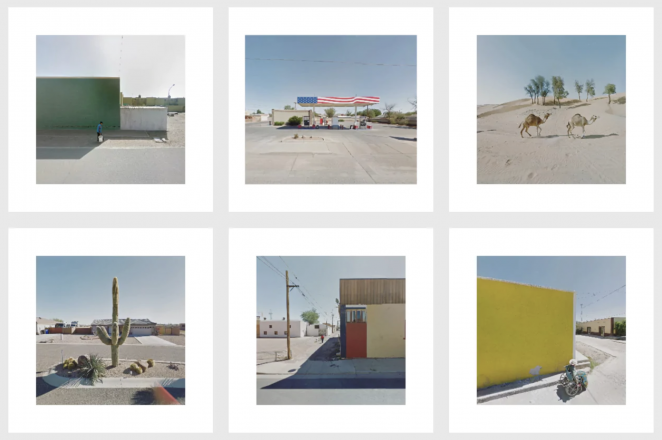 These images are from an Instagram account I chanced upon across last year. I was captivated by their wide open stillness, the poetic and empty landscapes, the lonely human moments, the pastel palette of blues, pinks and pale yellows, and their geographic breadth, from Mongolia to Mexico, America to Senegal. Yet the quality which makes these images truly exceptional is how they came into being, something given away by the occasional puff of dust in the edge of the frame.

These images have all been shot from a car.

And the woman who made them, made them without ever leaving home.

Jacqui Kenny, or the Agoraphobic Traveller as she’s known on Instagram, has an anxiety disorder which means that stepping outside her front door can be a traumatic experience. Even a quick trip to the local shop to buy milk can induce a panic attack. And so Jacqui traverses the world from her central London living room using Google Streetview. She’s drawn to sparsely populated areas on the edge of town, empty of people and bleached by the sun. When she sees an image she likes she grabs it, takes it into Photoshop to make a few small adjustments and then shares it online. Jacqui has well over 100k followers, she recently showed her work in a New York gallery and credits the project with helping her come to terms with her illness. 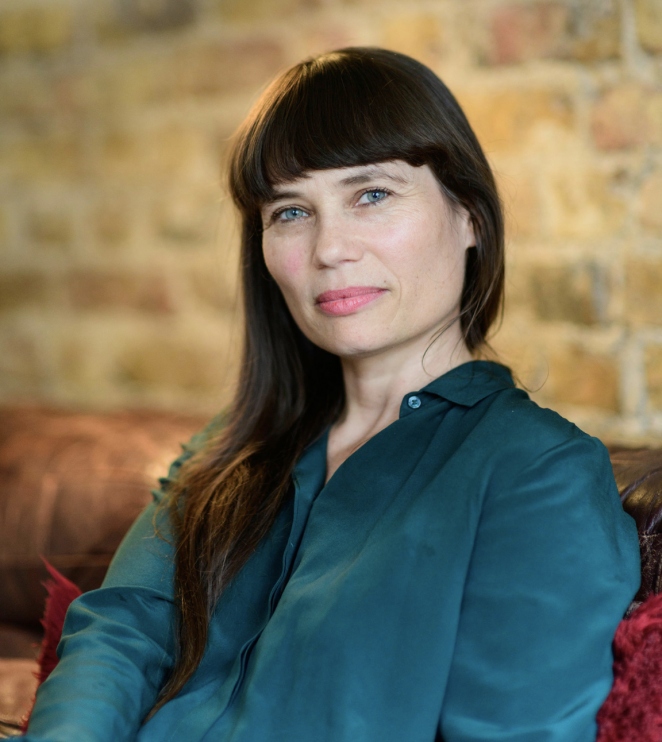 In a recent interview, Jacqui said simply, ‘You don’t have to let your limitations stop you achieving your goals. They don’t define you. Sometimes you can make them work for you.’

Sometimes you can make your limitations work for you.

My final story concerns Guilhem Gallart, better known as ‘Pone’ in his native France, where as a producer and performer, he was a major player in defining the sound of hip hop throughout the 90’s and early noughties.

By 2015 Pone had stepped back from the music industry. He was working in education and bringing up his young family in the South of France. Life was quieter than it had been but he was happy. But then that same year Pone was hit by what he has since referred to as his own personal tsunami. After a prolonged bout of illness he received a diagnosis of amyotrophic lateral sclerosis, better known as ALS or motor neurone disease.

There’s no cure for ALS. This devastating disease has left Pone tetraplegic, dependent on a machine to breathe, and unable to move anything but his eyes.

Pone recently released an album of new music, based on the archive of Kate Bush, which you can listen to here. He’s soon to release an EP with a rapper. And he’s working on a series of books for kids. Pone’s boundless creativity is painstakingly realised, note by note, letter by letter, using the same eye tracking software Stephen Hawking came to rely on. In a recent interview for my podcast he told me he feels more creative and at peace now than he ever did before he became ill.

Three human beings who experienced an irrepressible urge to create and who faced down the obstacles fate put in their path.

And there are countless other stories of people overcoming equally profound barriers to do whatever it takes to fulfil their creative soul.

So next time you’re afraid you don’t have enough time, money, materials, or whatever it is you think you need to realise your idea, don’t give up.

Remember Chris, Jacqui and Guilhem and ask yourself how you’re going to make your limitations work for you.

Join me for my series of FREE lockdown webinars on the creative process here. Next up is How to Write a Brilliant Creative Brief.