As a lifelong live music fan, I’ve been burnt quite badly in recent years. Granted, the vast majority of my musical favourites could be politely described as “niche” but on the rare occasions where my tastes and the general public’s tastes align, I’m reminded just how suffocatingly awful “big gigs” have become.

From the Nick Cave show at the O2 in London where half the audience left after “that Peaky Blinders song” to the time I watched Paul McCartney scream into a windy void at a soulless rugby stadium in Cardiff; my experiences with such shows (outside of festivals, of course, which are a different thing entirely) have almost always been resolutely shit.

It all pales in comparison, however, to the disappointment I felt upon virtually queuing for Bruce Springsteen tickets last Friday morning only to find out, after 15 minutes of idle waiting, that Ticketmaster’s “surge pricing” model meant the ticket that had once been a still ridiculous £135 was now worth £600. I could literally spend a week cruising the Mediterranean for less.

Needless to say, “The Boss” will have to wait this year but it does pose a question – in a world reshaped by the pandemic, when some of the world’s biggest acts can stage virtual concerts from within the metaverse, should the old guard be paying attention to “what the kids are up to?” Or is the idea of a metaverse gig too silly to bear?

An argument for metaverse gigs 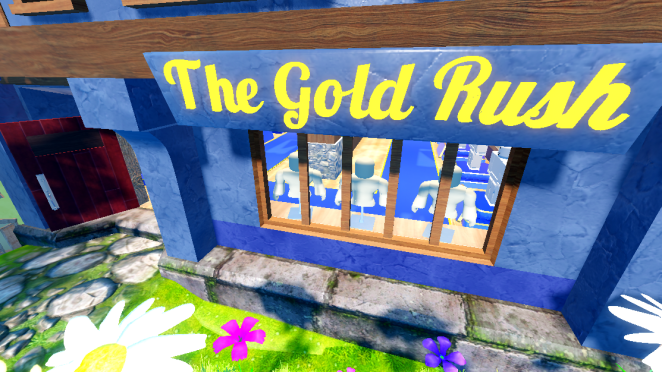 This week I was sent a press release informing me that George Ezra was staging a virtual album launch/concert from within the popular Roblox game. I’m not a fan of Ezra’s MOR musings and I'm only tangentially aware of Roblox but the concept actually seemed quite engaging, in theory.

More than just a live show, the idea was to take imagery from within Ezra’s songs and use it to build a world of snow-capped mountains and Gold Rush romanticism complete with hidden puzzles and quizzes. Given the graphical limitations of the game, it’s hardly awe-inspiring stuff but the novelty would probably have been enough to sway most young attendees.

It’s far from the first of its kind either. Indeed, Irish entrepreneur Colin Fitzpatrick and his company Animal Concerts have made millions staging virtual shows for musicians/brands such as the rapper Future and singer-songwriter Alicia Keys and Travis Scott famously pulled in $20 million for a single Fortnite performance in 2020.

Right now, these concerts are still very much in the novelty stage, but the potential is certainly there. What it could potentially lead to, rather tantalisingly, is a future where demand is split evenly between those that have the means and the will to see artists live and those willing to literally sit it out and see what the metaverse has to offer. This should, in theory, kick those scamps at Ticketmaster out of their own sordid game.

In a profession where it’s become increasingly difficult to make a living, the metaverse also offers significant potential when it comes to everything from sponsorship to merchandising and more. Bands could potentially be selling custom avatars at the virtual merch stand and the whole thing could be paid for by Red Bull as long as they can stick a few “brand ambassadors” in the audience.

It all sounds very exciting on paper but the truth is, while the idea is sound, the execution still leaves a lot to be desired. And that’s why we (unfortunately, perhaps) won’t be seeing the end of the “big gigs” any time soon.

An argument against metaverse gigs 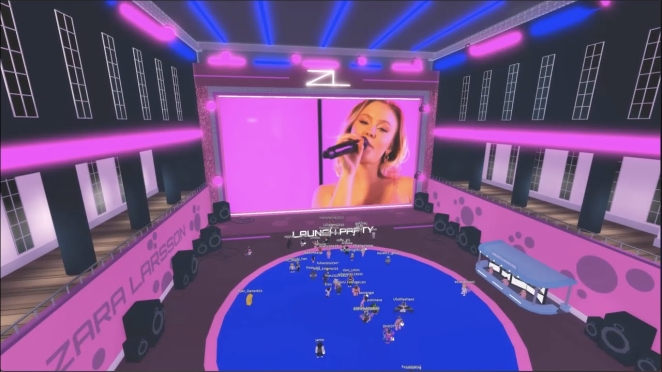 Of course, there’s always going to be a downside and, unfortunately, the downside here is substantial, at least for now. Because people like Colin Fitzpatrick would have you believe that donning a VR headset and immersing yourself in the metaverse “feels just like dancing on stage with your favourite bands from the comfort of your living room.” But it doesn’t feel like that. At all. It feels like sitting in your living room.

Frankly, the technology isn’t there yet. There’s a reason why people are still willing to pay above the odds to watch Springsteen play for 3 hours in a football field in the middle of Birmingham even though it sounds terrible, you can barely see the band and the beer is lukewarm and costs about £8 a pint – it’s a shared experience.

There’s something undeniably special about a live show that no amount of virtual gimmickry is going to be able to replicate. For Gen Z consumers who might never have even been to a live show, they don’t know what they’re missing but for the rest of us, there’s nothing quite like the real thing.

Last month, for example, I went to see Nine Inch Nails at the Eden Project in Cornwall. The night before was all beaming sunshine and clear skies. On the evening of the show, however, the heavens opened, and I was forced to spend the best part of £20 on a poncho covered in cartoon bees. Towards the end of the gig, the clouds parted and the strongest, most beautiful rainbow I’ve ever seen pierced the stage and the audience were enraptured. It was magical.

These are the spontaneous moments of joy and wonder that Roblox and Fortnite are just not capable of. At least… not yet.