Member Spotlight: Jilipollo and the Art of a Visual Storyteller

It just makes sense that Jilipollo (also known as Javier Medellin Puyou) is an excellent storyteller. You can tell that by the answer below: dragged by love in a country that was not his, trying to succeed as an illustrator but still not quite making it, and then, by a fortunate and almost ironical twist of fate, actually finding his way in while on the verge of a mental and financial breakdown.

It takes some heart, passion and dedication to be able to break into the creative industry, and deep down, we all know that. With everything he's had to go through, Javier has more than enough motivation to spare. That is why we decided to keep the whole interview as it was, without cutting out a sentence or word: because Jilipollo has a good creative heart, and we were honoured to find out in our chat so we could present his amazing style and character to you.

There is a reason, after all, if Javier is one of the top 10 most exciting illustrators on Creativepool and the entire world. 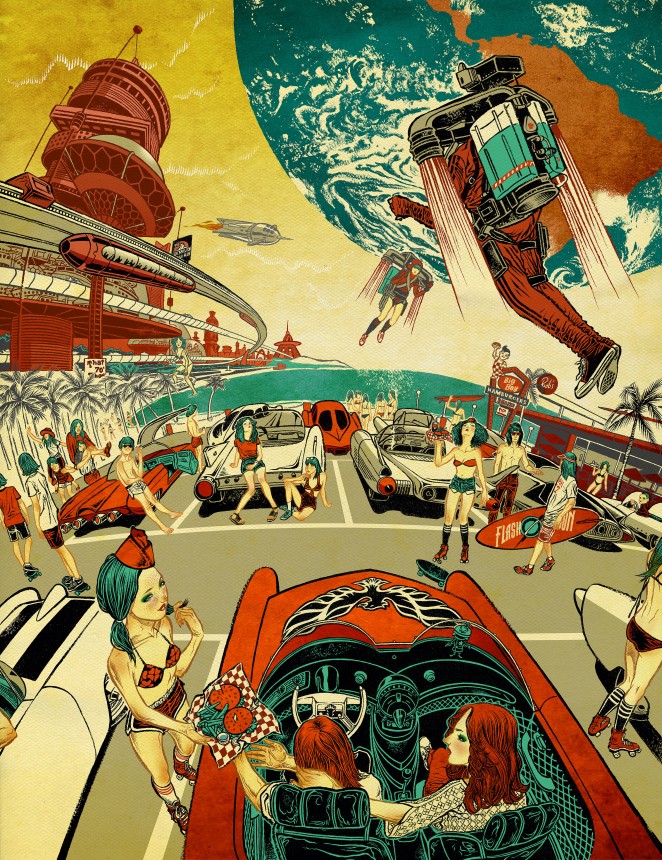 Since being very young, I liked to draw among other things, and I analyzed a lot the techniques to achieve certain results, specifically from the comics. I started doing some comics as an amateur, and that gave me a lot of experience and learning, which would help me in my current profession.

Eventually I studied architecture, and at the end of my major I was practicing my profession as an architect. I was dating a British-born girlfriend back then, and after a while she had to return to England to study her PHD. Our only option if we wanted to stay together was for me to make the decision to join her, which I eventually did.

I didn't know how things would be or how long I would be there for, but for the moment I had to worry about paying expenses. I couldn't work as an architect without a work permit, so I thought I could give it a try as an illustrator (I was working in a bar during the night at the same time). Sadly, my ex-girlfriend did not believe that illustration was a real job, and of course that made me feel neither supported from her nor having confidence in my abilities. This greatly influenced our relationship, enough to then end it.

It was difficult, and I could have anticipated my return to my country, but I decided to stay until the original departure date to try to venture into the illustration field now that I was in the UK.

At the beginning, I was not successful. I still wasn't fully aware of the difference between drawing well and doing a proper illustration.

I started preparing my portfolio, hunting clients and looking for the possibility of being represented by an Illustration Agency. I could afford just to pay a small bedroom with what I was being paid at the bar.

However, I was not successful. Some agencies replied saying that they really liked what I was doing but they pointed out that my work did not necessarily have a direction towards illustration. And they were right, because at the time I wasn't fully aware of the difference between drawing well and doing a proper illustration. As I was reading books and blogs, I started to understand it a little better over time, as well as analyzing illustrations by professionals.

By these moments my sister sent me an email where she let me know about a National contest organized by the Coca Cola company in my country, which consisted on making an illustrated poster. It seemed very opportune and I made two illustrations for it, thinking that it could be a good complement to my portfolio rather than the idea of ​​being the winner. Meanwhile the situation was not improving, and when I was about to give up on trying to get into illustration, I was informed that I was the winner of the contest! It's something I didn't expect but it definitely gave me confidence that I could have a path in illustration.

When I came back to my country I had a plan to work both as an architect and illustrator, but with time I got more into illustration and people turned to see my work more frequently, which fortunately led to more commissions and eventually more potential clients. This also occupied all my time and at the end I just had no space for architecture, which is why I currently dedicate myself full-time to illustration.

I’m now living in Mexico, and I work as a freelancer represented by Lemonade Agency.

I’d probably be working as an architect, and also maybe have a part time job as a Dj. Or even giving feet massage to rich people, which wouldn’t be bad at all! 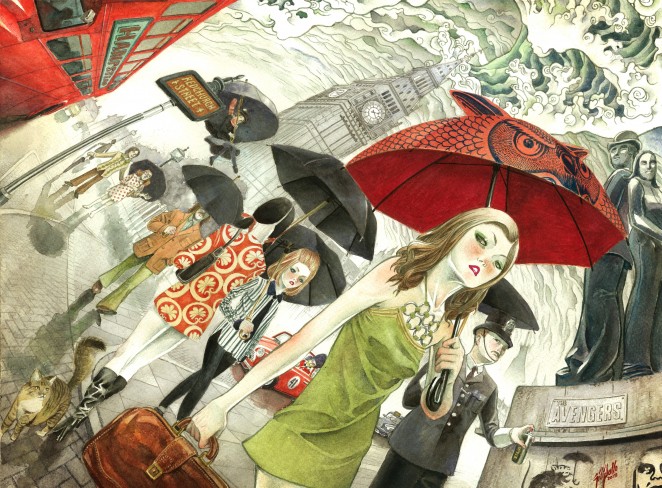 When I have a commission from a client, I firstly ask for as many information as possible for the brief. Then I embrace the topic: I normally make a big research through internet, books, magazines, self-knowledge, talking to people, etc. The more information I get, the better.

After having consumed all this information, I take a break and make an activity that doesn’t require any effort to think about it, something easy to do to have my mind as clear as possible. Something like going to walk my dog, or going somewhere else in public transportation, or maybe taking a shower… By doing that, and just having the topic of the commission spinning in my mind, is when I have more chances to come up with great ideas. But hey, never trust your memory! Bring something with you so you could registrate these ideas in it, like a small notebook, or even just make a note in your mobile (except when you’re in the shower!”). Just as they say “the weaker ink is more effective than a strong memory”.

If you don’t feel excited about a chosen sketch, then I don’t think the final result will be very exciting either.

Having some ideas already, then I turn them into quick doodles, so I can compare them and decide which ones work the best to turn them into more proper sketches to show my client. I normally show between three and four select sketches, the ones I consider work well and also the ones that I find more exciting to develop. If you don’t feel excited about a chosen sketch, then I don’t think the final result will be very exciting either.

When my client chooses one sketch, then I make the proper and final illustration based on it and I finally send the finished artwork to the client.

Technology could be an ally or an enemy, depending on how you see it and take advantage of it. It’s really difficult for me to think of it as an “enemy”, but maybe some people are very traditional in the way they work that they think modern artists that use digital mediums have an advantage over them, but that’s not necessarily true. Maybe it’s just that they don’t know the possibilities that the digital tools can offer.

In my opinion, Internet is a great way of exposure, but now that we hace access to everything with just one click or scroll, some people, especially youngsters, see pictures very fast and get bored very quickly, so many of them don’t take the time to see the images calmly and properly to give it a fairer and proper value. Many of them are used to see, but not to observe. 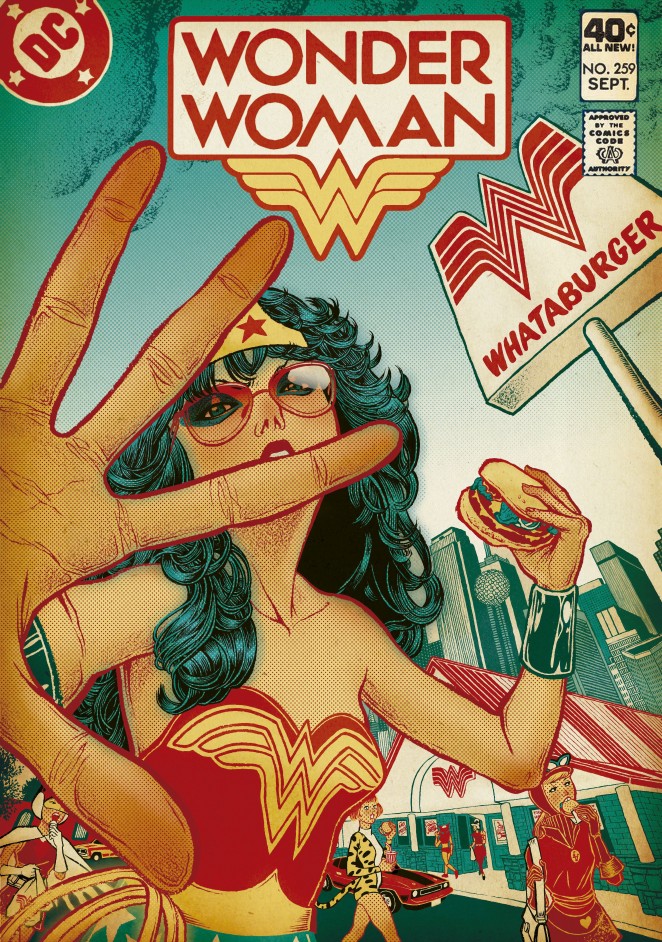 I think there are mainly two things: every time I see an astonishing work from somebody else that really catches my eye, I want to go to my desk and start creating and drawing.

The other one is the people that follow my work. I feel almost committed to them to keep my work alive and to try to make better work with time and not going back. It’s a commitment for myself as well at the same time.

Altough I love my job, I look for doing something that doesn’t involve anything related with illustration to recharge myself when I have a little free time, like going for a beer with somebody, or maybe going to the countryside. When I do that, I also try to avoid social networks as much as I can.

Learn to see the illustration as a business, a business you love

Another thing I’d like to add: learn to observe and take your time to analize everything: artworks, design in general, people, situations in life, movies… everything and anything. You’ll train your eye and brain to go deeper into things and have a better understanding of how things work, were made, etc... and of course that’ll help you come up with much better illustration proposals. Nowadays social networks bombard us with a lot of information and images that most of the people just see (not observe) the general idea and scroll to the next image quickly. 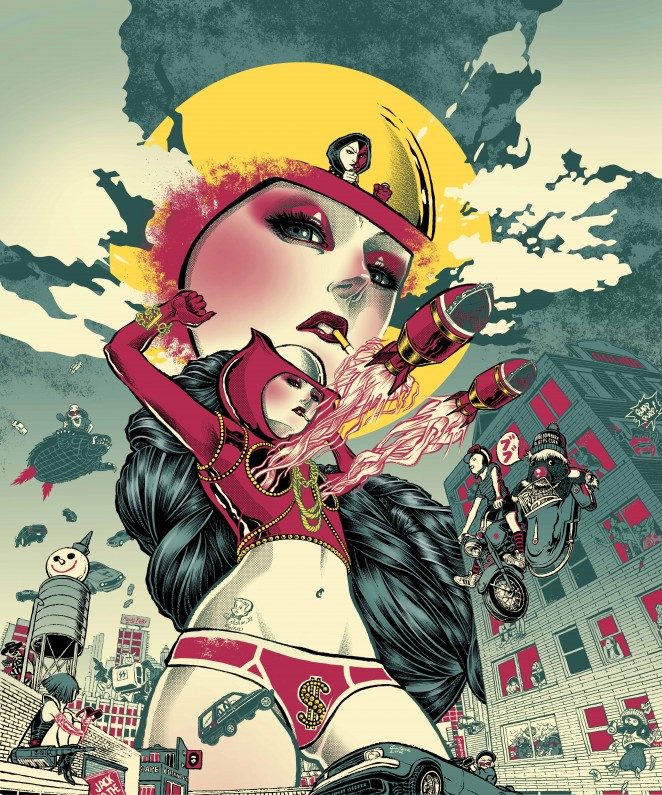 Perhaps just make some business out there understand that they need to give the proper value to illustration and pay fair fees to artists, especially to those new in the field. Illustrators also have to pay the bills and we’re selling a service, and you're not receiving a favour.

Fortunately, most of the potential clients are quite fair in their fees and those situations mostly happen with particular or small clients, which are the ones that many of us start having commissions with.