Meet Dreams, a lesson in Creative Communities by Media Molecule

Media Molecule is a smallish game studio with less than 50 employees and a hoard of creative energy. Founded in 2006, the studio has focused on highly creative works of interactive entertainment, including the one game that brought them to a stellar success – Little Big Planet, released in 2008.

But this studio has something different, something which makes the team stand apart from most other developers out there: Media Molecule leaves its games in the hands of the players. 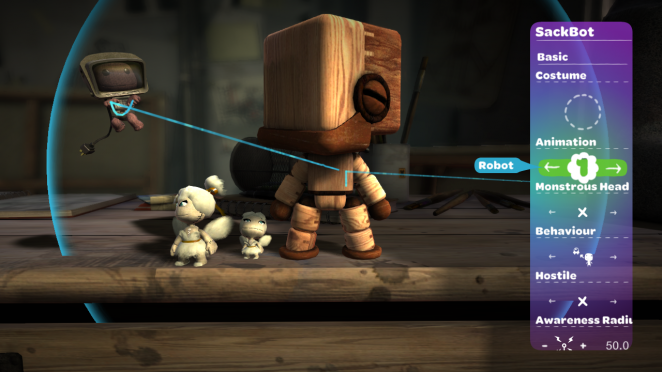 Even back in 2008, Little Big Planet was a game about making game levels. After completing the main story, you could start using all of the wonderful little gadgets you found around the game to build your own levels, with plenty of logic, switches, triggers and more. Little Big Planet was a cute 2.5D platform game as it was, but the true beast was under the hood. Players could only unleash it in its unparalleled level editor, which enabled one to create its own levels, connecting them together like a proper game.

Fast-forward to 14 February 2020 and, after a number of other projects (including sequels to Little Big Planet), Media Molecule has officially released the first stable version of its Dreams game on PlayStation 4. Once again, giving the full power to the players – in a way that, we can safely state, it was never attempted before.

We have interviewed Media Molecule’s community manager Tom Dent to talk about the beauty of Dreams’ community and what it means to have players actively participating in your game’s marketing success.

Dreams: a lesson in brand communities

Dreams is a game about making games. In its current state, you don’t really have a storyline to follow, just core development tools that enable players to create their own games within the game engine.

Players have full access to all the major tools most developers use in game development, but in a gamified form: conditional statements become logic tools, 3D models become mannequins, music composition can be done through in-game instruments and AI translates into a series of chips that regulate gameplay logic. All of this without a single line of code to handle for the players.

Dreams’ potential is huge, but it would be very little without its strong community of supporters and avid creators. Cultivating the right community was fundamental to Dreams’ success, as, in an even stronger manner than Little Big Planet, the late stages of Dreams’ marketing campaign were strongly in the players’ hands.

To do so, Media Molecule decided to release Dreams in Early Access in 2019. “The reason we’ve done early access was because we wanted to know how Dreams would work in the hands of our players. Our team has been working on the game for years, but they were the only ones using it and no one else was. It was important for us to release it to a community of Creators, in our Creator Early Access, to see how they would react to it,” Tom Dent said.

Releasing the game in the hands of the community was extremely helpful to tweak and fine tune everything that needed to be polished. As soon as people saw what was possible in Dreams, they instantly got what it is. In a way, Dreams’ brand was built by the players as well.

People in Dreams can create all sorts of content, and have certainly taken on the challenge: while the main purpose of the game remains – well – creating games, some users have created animated films, concerts, short films, pieces of music, sculptures and even single works of digital art. Some have gone as far as to create a museum to showcase a series of works. YouTube is already full of examples, but here’s a wind field created entirely in Dreams using the engine’s tools.

Dreams’ community lives on user-generated content and engagement is constantly fuelled by Media Molecule itself, a team as passionate about making games as the same community it nurtures.

“One of the things we love the most is that we are honest and open with our community. We talk to them on social media, we keep them engaged and up to date with what’s happening in the game. We do weekly streams where we showcase creations as well as play our games. We interact with the community by promoting their best creations and, in turn, the community grows stronger,” Tom continues.

Media Molecule’s approach isn’t one of a brand sending unilateral content to its end consumers hoping they will engage. The development team itself is part of the community and engages with users on a daily basis.

While we all wait for the lockdown to be over, brands can learn a lot from the way Media Molecule handles the Dreams project. Specific strategies may vary, but communities are looking for active experiences and it is not enough to just expect passive engagement from them anymore – in some cases, you need to be part of the community yourself. Just as much as the Dreams community is part of the Media Molecule team.

Plausible advantages are countless and range from having users as brand advocates to even saving a few pennies in your marketing budget, not to mention the number of engagements to record, connections to make and lives to change with your products.

Imagine if all of the wonderful creations in Dreams had never existed. Countless creatives unable to express their ideas the way Dreams allows it, creators unaware of their creative energy until a game made them realise they were full of ideas, and how creative they’ve actually always been.

Just like I felt when I published my first level on Little Big Planet.