It's over. Is it ever okay to fire a client?

Firing a client is an unusual notion - counterintuitive even. Business norms suggest an enterprise will always welcome the presence of as many paying customers as possible. So why would anyone ever sack a client?

Actually, although it would be a strange thing to do on a daily basis, it isn't as uncommon as you might think.

There are several reasons a large or medium-sized agency would cease trading with a client. Occasionally a situation will arise when a new, more lucrative account is available, an agency will consider severing a relationship with a competitor to appear more attractive. At other times, a client will make it a condition when appointing a new supplier. Obviously this is a delicate move, requiring careful strategic judgement and some robust diplomacy. For instance, referring to the decision as a 'sacking' is very bad form. The phrase 'resigning the business' is much kinder to all involved.

Even when a new account brings tremendous rewards, letting an existing customer go isn't without its risks. The departing client may feel a lack of loyalty is in play, and the agency's reputation can suffer as a result.

An agency will also show a client the door, if the account is showing signs of financial distress or fails credit checks. I've seen this happen and it's rather painful, as the client's difficulties are suddenly exposed - but it can be essential to prevent the hazard of a customer going bust, owing the supplier significant sums.

For the freelance, the process of sacking a client is very different. The commercial considerations are much more pronounced and the relationship considerably more personal.

Again, a self-employed individual refusing work would appear to go against common sense. However, I am a freelance, and there have been,  very rare instances when I have sacked a client (only two in a dozen years - and if any of my current clients are reading this, please be assured I love you all!)
I'd like to say these were merely commercial manoeuvres such as those outlined above. But they were a bit more distressing than that. Naturally, I won't name names, but the axe fell when the business relationship became unsustainable.

The first customer I 'let go' was a local start-up. I should have seen the warning signs when they introduced themselves saying they had very little budget. But these were the leanest of post-crash times, so I took a chance.

Every brief I undertook would be accompanied by a haggle - a plea for me to reduce my already modest fees. I always politely refused, but the pestering became embarrassing. They were also incapable of delivering an accurate or achievable brief. Despite my efforts to explain the creative process and working protocols, everything would change at the drop of a hat - with no expectation of the original quote increasing. Within half an hour of a brief arriving, texts would arrive demanding to know when the work would be complete. Eventually, a ridiculous, complaining  email - using 'U' instead of 'you' throughout - convinced me I was wasting too much time, for too little return and I fired them.

The second case was more simple, but just as disappointing and frustrating. I was asked to do some web consultancy and training workshops for a well-off childcare network. I delivered on time, to a high standard, and then - they didn't pay me. My invoices were presented promptly, they tried to settle them with a bouncing cheque. Follow-up demands went unanswered. Finally I communicated my intention to see them in the Small Claims Court, which produced a hurried banker's cheque. A month later, they sent a request for more bookings.

I don't think they quite expected the reply they received. 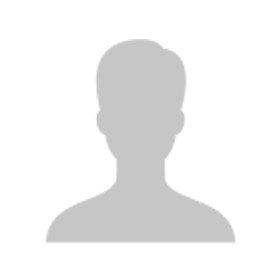 Course it is, for lots of reasons. They're pretending they've got much more money than they have, they have staff or processes that are taking up more and more agency time than they're willing to pay for, or they have staff that make everyone at your agency so unhappy that it's better, long-term, to let them go before you lose lots of key people.

Thanks for this information.