Under cover of night, she was placed directly opposite “Charging Bull” in Bowling Green Park. The bold little girl facing down a symbol of testosterone-charged masculinity.

“Charging Bull” had also been squirrelled into New York’s financial district under cover of darkness. (If a three-ton, eleven-foot tall bronze can be said to have been squirrelled.)

In December 1989, sculptor Arturo Di Modica installed his bull without permission in front of the New York Stock Exchange. It was impounded by the police later that day.

The story was big news. Arthur Piccolo, Chairman of the Bowling Green Association, tracked down Di Modica and offered him the site the bull occupies to this day.

After the Statue of Liberty, it is probably New York’s most photographed icon. Thousands of visitors come to see it each week.

Many pose behind the bull rather than in front. Over time, its testicles have become burnished by their hands. 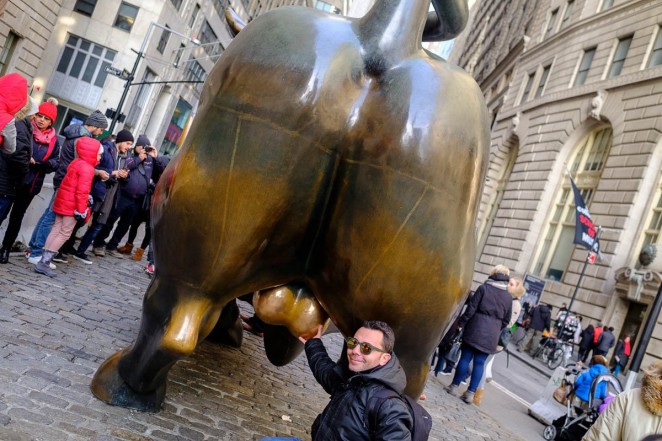 But is it art?

One stern view is that it is Disneyfied eye-candy and no more.

Despite the sculptor’s statement that it was intended to symbolise “optimism and strength amid adversity”, it has no real meaning.

On the other hand, it has done a very good job advertising Di Modica himself. And it has made him a ton of money.

Between them, the maquettes will just about cover his costs of $350,000.

The real money, though, will have come from the many thousands of tourist models that have been sold from $20 upwards.

And he was commissioned to make a second bull for the Shanghai Bund.

Bigger and bolder, that was the brief.

Kerching! (Interestingly, the Shanghai bull’s balls do not attract the same interest as the Bowling Green versions. Are the Chinese less vulgar? Or is it because the balls are saggier, less appealing?) 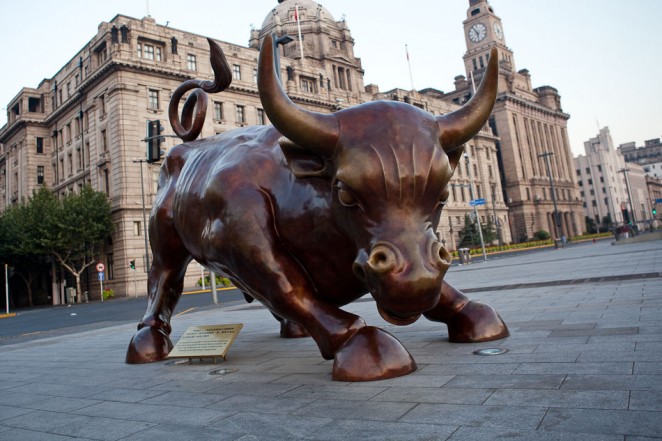 When “Fearless Girl” popped up, Di Modica was outraged. It is, he said, “an advertising trick.”

Absolutely true. It was dreamt up by a creative team in McCann New York.

Tali Gumbiner and Lizzie Wilson were responding to a creative brief. Their idea was not a TV commercial or a print ad but a sculpture.

They knew what they wanted it to look like and where they wanted to place it. They gave sculptor Kristen Visbal a tight brief.

Within hours of being installed, “Fearless Girl” was a media sensation. Billions of Twitter impressions, hundreds of millions of Instagram impressions, stories in news media in 128 different countries.

Originally intended to stand on Bowling Green for a week, 40,000 people signed a petition to persuade City Hall to let her stay. Fourteen months later, she’s still there but is to be moved later in 2018.

What a pity that this chin-high, hand-on-hips statement of modern feminism turned out to be fraudulent.

As an ad, “Fearless Girl” won awards around the world. 10 Gold Lions and four Grands Prix at Cannes alone.

But is she art?

Not remotely, according to artist Alex Gardega, who placed a third sculpture on Bowling Green in the night. A dog, urinating on the statue of the girl.

On her own, she has no meaning at all. But what she does is significantly change the bull, transforming it into a symbol of male dominance and aggression.

Which is why Di Modica wants to sue the pants off State Street.

Ironically, for turning his kitsch into art.

Individually, the pieces lack emotional power. They fail to provoke either argument or thought. But together they add up to a statement about money and corruption neither originally intended. 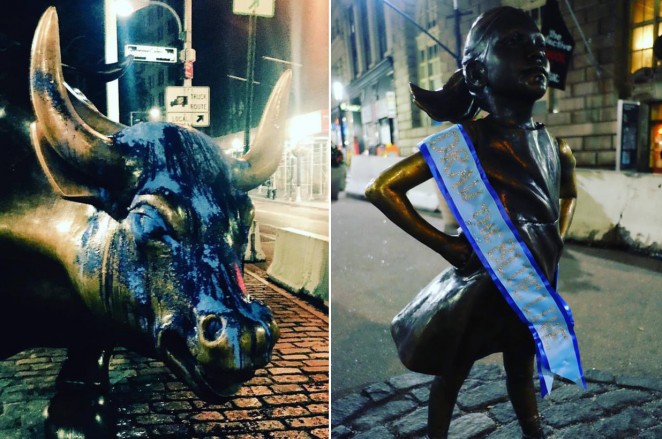 Both pieces are frequently vandalised. To the horror of many, the girl is often decked out as a Trump supporter. 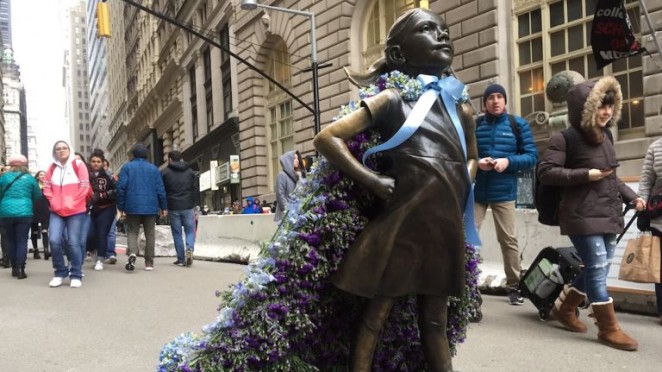 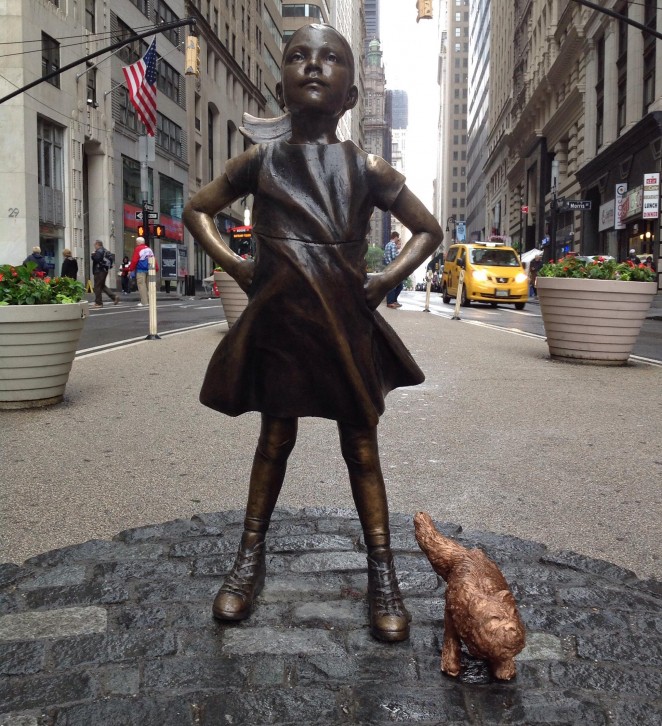 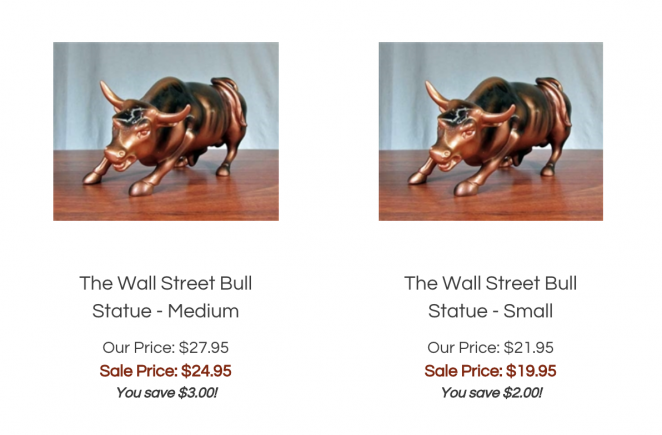 For those who believe in greatness from small beginnings, Steve Frith's story with TC Communications is certainly worth hearing. Born 35 years ago as a husband-and-wife team, TCC now works with some of the biggest brands in the world, including O2,...